At No. 98, Engineer realises the pipe dream with a net worth of $1.45 billion, surging partly because of its Bollywood and cricket associations 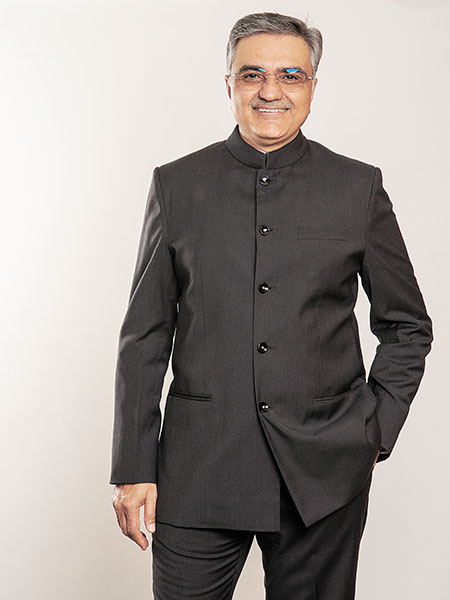 
Sandeep Engineer, founder of Astral Pipes, debuts on the 2019 Forbes India Rich List at No 98 with a net worth of $1.45 billion. “This is a proud moment for my hardworking team and me. We registered stable growth in spite of turbulence in the category, fluctuating oil prices and recessionary trends,” says Engineer, who founded Astral Poly Technik in 1998 (it was rebranded by son Kairav in 2011) after trying his hand at making pharma ingredients in the previous decade.

When Engineer launched chlorinated polyvinyl chloride (CPVC) pipes, initially he found no takers as the pipes were not meant for plumbing. In 2001, Astral entered the plumbing sector, after which CPVC pipes were preferred over galvanised iron ones. The company hasn’t looked back since. Revenues of ₹15 crore in 2003 grew to ₹25 crore in a year. In 2007, when Astral had a top line of ₹60 crore, Engineer decided to take the company public. The IPO raised ₹35 crore, after which Astral completed its product line in the CPVC segment and kept growing at a 20 percent compound annual rate for the next 12 years. “I’m pleased that Astral has reached this level in a short span, has many eco-friendly and customer-oriented product lines, and has become a household brand when it comes to the construction industry,” says Engineer, who also made it to Forbes’s The World’s Billionaires List for 2019.

The company's sales got a shot in the arm after it roped in actor Salman Khan as brand ambassador in 2014. Engineer believes there are two things that work well in India: Cricket and Bollywood. This year, Astral was a sponsor for Rajasthan Royals, KKR and Sunrisers Hyderabad teams in the Indian Premier League.

Astral has 11 factories, including three in the US, the UK and Kenya.