Anurag Behar, CEO of Azim Premji Foundation, elaborates why in the social sector there can be no certain solutions, only efforts towards improvements 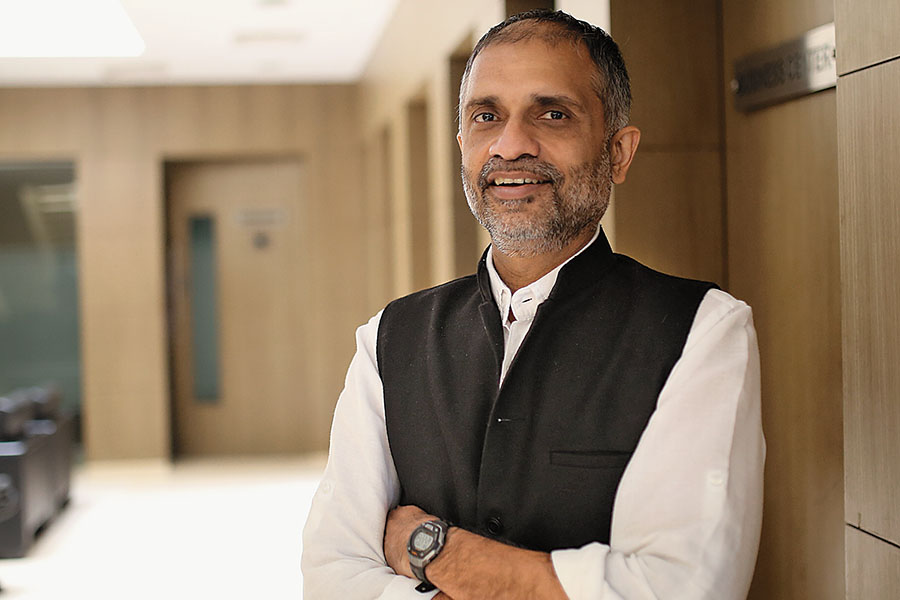 As CEO of the Azim Premji Foundation, Anurag Behar is steering one of the largest philanthropic initiatives in the world, powered by a $21 billion bequest made by Wipro Founder Azim Premji. The Foundation focusses on improving the quality of government school teachers, makes grants to non-profit organisations, and runs the Azim Premji University that trains people for the social sector. In an interview with Forbes India, Behar talks about the Foundation’s work and how philanthropists could be more connected with social realities. Edited excerpts:

Q. How are you using the rise in endowment to expand fieldwork?
We extensively support capacity development of government school teachers in Uttarakhand, Madhya Pradesh, Rajasthan, Chhattisgarh and Karnataka, apart from Puducherry, one district in Telangana and in the Northeast. We have roughly 1,500 people on the field, which should go up to 2,500 or 3,000 in the next five years. We will deepen our work in places where we are already present. For example, if we are working in 10 out of 17 blocks in the Barmer district of Rajasthan, we will build ground-level presence in the remaining seven too. Right now, teachers from these seven blocks are engaging with us at a much lower frequency.

In addition, we will broaden our presence in these states. Let’s say today we have ground-level presence in 10 districts of Karnataka... that will go up to 15; in Rajasthan it will go up from 10 to 12. Madhya Pradesh will have the greatest expansion: We have a presence in four districts, and this will go up to 10. We have district-level institutions in 47 regions and 225-odd teacher learning centres. That gives us a proximate presence to where teachers are.

Q. What about the new Azim Premji University campus in Bhopal?
The Azim Premji University is currently operating from a rented premise [in Bengaluru]. Our campus is under construction [on its outskirts], and we will move there by next June. Over the next four years, our student numbers will go up from the current 1,300 to 6,000. This expansion will be significant for us because the financial model of our university is that roughly 90 percent of expenses are borne by the Foundation, while 10 percent is paid for by the students.

We are also setting up a university in Bhopal, and are discussing approvals with the government. Our objective is to set up the university in two to three years, and accommodate 5,000 to 6,000 students.  We will perhaps set up a third university in five years.

Q. How many non-profits have you provided grants to and how do you pick your causes?
We have supported about 220 NGOs across India, which in turn have operations in multiple states and districts. Our approach toward grant-making is to support not-for-profit organisations that are working with the most vulnerable groups of society. This work could range from basic efforts to ameliorate the conditions of people to addressing more complicated causes. We have supported initiatives that work in the areas of farmer distress, women who face violence, or homeless children. We help organisations put better processes and systems in place.

Q. What are the lessons that have altered your approach towards the sector?
First, we have to recognise that the Foundation is insignficant in the context of India, and still try our best—because we are certainly more privileged than most other organisations in terms of our resources. It’s a complex and often messy reality out there. There is no full understanding of what the causes are, no agreement on what the end-state is, and there rarely can be, that is the sign of a vibrant democracy.

Second, in business or physical science, you get used to finding the perfect solution. Social realities are so complex that you cannot have solutions, only effort toward improvements. Once you develop that mindset, individual philanthropists or organisations need to be humble. Not always, but too often, people with money start believing that they have all the solutions and that they know better. You’ve made money in business, which is great, but if you are thrown in front of 30 children and asked to teach them for a year, you will have no idea what to do.

Third, you have to be really connected to the ground. This is a huge problem. People who sit in cabins in Bangalore, Mumbai, Delhi or the Western hemisphere have to mould themselves to suit the realities out there. The reality will not suit their ideas. Personally, I don’t think there is some great, transformational philanthropy happening in India right now, or that the country was impoverished of philanthropy earlier. Right now, philanthropy is too often being propped up as a ‘flavour of the month’, a talking point. If you go back some 80-100 years ago, there were people like Jamsetji and Jamnalal Bajaj or Amblal Sarabhai who have done incredible things for nation-building. The notion that somehow India has discovered philanthropy now is just a delusion.

Q. So were first-generation entrepreneurs more in touch with the realities of the social sector than businessmen today?
Early-generation entrepreneurs like Jamnalal Bajaj, Jamsetji Tata, and Ambalal Sarabhai had a lot more wisdom than many of the—even sincere—philanthropists of today. This is a broad-brush comparison and I’m sure there are philanthropists today who are equally enlightened—but my sense is that we can do with a lot more wisdom today and do less with ‘strategy’ ‘smart thinking’ etc.

One of my favourite stories to explain this is about the time when Mahatma Gandhi took in a Dalit couple, a community he later referred to as Harijans, into the Sabarmati ashram. Funders stopped supporting him. One night, a sheth drove to the ashram and realised that it  was on the brink of shutting down, and immediately handed Gandhi `15,000, an amount that would have easily sustained the ashram for more than two years. That was Vikram Sarabhai’s father, Ambalal. Today’s philanthropists would have gotten wrapped up in asking the Mahatma for a ‘theory of change’ or ‘impact measurement’. What would have happened if Mahatma Gandhi had been forced to shut down Sabarmati Ashram? That tells you about what humility and wisdom combined with philanthropy can do.