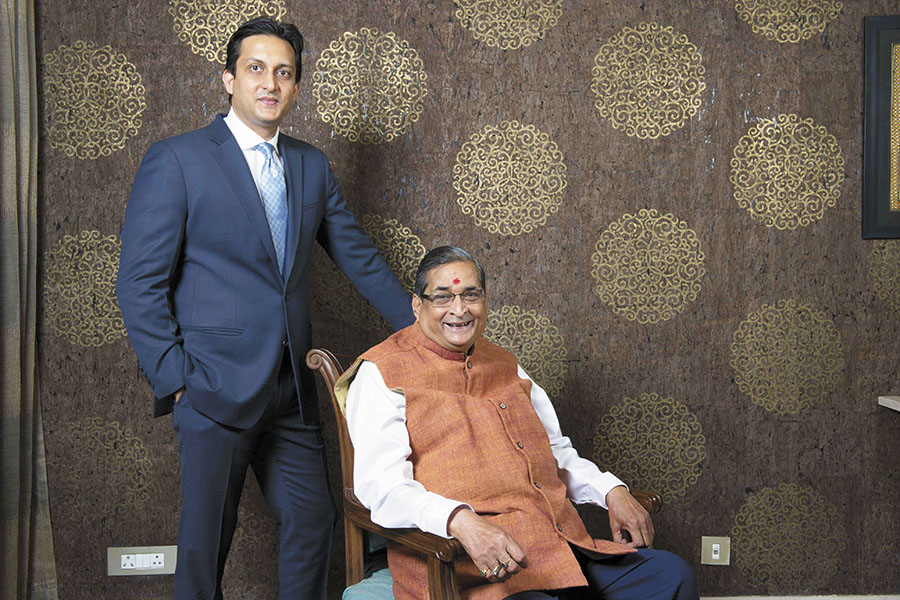 
Three years after the India-Pakistan War in 1971, Ravindra Kishore Sinha (now 65) had set up Security and Intelligence Services (India) Ltd (SIS) in a nondescript garage in Patna with a philanthropic motive: To provide jobs to young jawans who were out of the army with minor disabilities. Sinha was then a journalist and, while covering the war, had developed a camaraderie with several officers of the then Bihar Regiment. Nearly half a century later, SIS has not only fulfilled his objectives but has grown to be a leading security services company that offers private security services, cash logistics to banks, and facility management services for corporate clients, besides electronic security, and home alarm monitoring and response services. Such a bouquet of services is unusual for a sector in which companies have specific specialisations.

SIS is expected to close the current fiscal with a revenue of about Rs 4,700 crore and more than 1.43 lakh employees. The company recently made headlines for receiving regulatory approvals for an initial public offering (IPO) of around Rs 780 crore. Once the IPO is launched, it will become the first security services company to go public. “We like business services companies with high growth rates and return ratios. SIS stands out as a market leader in more than one segment, and for the ability of its promoters to work effectively with professional management,” says Jayanta Basu, managing partner at CX Partners, an investor in SIS.

Private security as a sector is characterised by high growth and, as per a joint study conducted by Grant Thornton and Ficci, is estimated to grow to a Rs 80,000-crore industry by 2020 from Rs 40,000 crore in 2014. “Ours is a recession-proof sector. You will always need guards at ATM facilities in the country no matter what,” says Chief Operating Officer Rituraj, Ravindra Kishore’s son. The 37-year-old quit a corporate career to join SIS in 2002 when his father, now a board member, explained to him the opportunities in the sector. For Sinha Sr, it was his way of exiting the day-to-day business and infusing young blood into the company. “After I joined, my father decided to induct a professional management team and re-engineer the whole business,” says Rituraj, an alumnus of Leeds University Business School.

Since Rituraj’s induction, SIS has not only strengthened its position in India, but has also forayed into the global market. In 2007, it became the first private security provider in the country to receive a funding of about Rs 50 crore from global investment firm DE Shaw; in 2008, it used the same funds to acquire the Australian guarding and mobile patrol business unit of US industrial conglomerate United Technologies. Back at home, the following year it struck a partnership with US-based ServiceMaster Corp to enter facility management. In 2011 and 2012, it entered into joint ventures with Spanish security major Prosegur for cash logistics, and Terminix from US for pest control. Finally, in 2013, it received the largest private equity investment in the security sector from CX Partners, paving the way for DE Shaw’s exit.

“Within SIS, it has always been multiple journeys for us,” says Rituraj. “Now, we are gearing up for another journey as we take the company public.”

Tweets by @forbes_india
Hong Kong: The city always has something new to offer
A family constitution can bridge the gap between family and business values