Closing The Deal In Negotiations: Avoid Rushing In

Closing a deal can be ‘extremely hard’, says INSEAD Affiliate Professor of Decision Sciences Horacio Falcao, because it’s the conclusion of the whole negotiating process. If something’s gone wrong and hasn’t been picked up by that point, the person you’re negotiating with will “probably err on the side of ‘no’ rather than ‘yes’.”

Falcao says many people focus on getting a result and so rush through the negotiation process. To use a metaphor, he says, “imagine someone wants to build a house by just throwing pieces of wood and nails together. It doesn’t work that way, you need a serious process and there are things you need to do before others.” 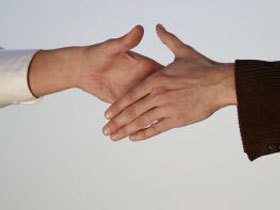 “Most people commit too early, or try to push for a commitment too early, ignoring the (negotiation) process and therefore making mistakes along the way, which makes commitment on the other side harder.”

“If you just come along and push for a commitment fast,” Falcao says, “the likely result is that if the other person isn’t on the same wavelength – and usually they won’t be because of the complexity (of the discussions as) there are so many different outcomes they have in mind – they will probably be a little scared of you pushing down one road too fast and will back away, which will makes commitment a lot harder.”

He argues that instead of pushing for an early commitment, businesses should seek “a better path” so that commitment becomes a ‘natural consequence’ and closing the deal is easier.

“If you don’t know where you’re trying to go together, if you don’t know what you need to talk (about) before and after, the likelihood that you’ll miss or skip some steps is very high, so you’ll want to figure out those early on.”

Once the bridge is in place, and trust has been established on both sides, the next step relates to the substance of the negotiations, the point at which the value of the deal would be created and captured. This involves the interests of the parties, in terms of what they will be trying to get out of the talks, as well as their options. But it also involves legitimacy, Falcao says. “Is this a fair deal? Is it based on fairness? Because if it’s not, people are very unlikely to commit.”

The final step is the decision-making stage at which you’ll either close or lose the deal. Falcao says you’ll only get a commitment if you’re offering a better deal than the other party can get elsewhere. And that involves having a good understanding of the other party’s options. “It’s very important to understand those as well, so you can put a proposal on the table that will lead them towards a commitment,” Falcao says, adding you should avoid trying to push them “in a forceful way.”
The 'yesable' proposition

“Your final proposal (the best of several that both sides could put together) should make the decision very easy for them. They should say yes to this and this is what we call a ‘yesable’ proposition.”

In short, avoid rushing in, looking to close a deal quickly. If you push for an early commitment you may destroy trust, as you’ll be seen pushing a product the other party doesn’t really want. You should go into the talks seeking to build a better deal for yourself than what you could get outside the negotiations. If the value of the proposal on the table is worse than what you could get elsewhere, “be ready to walk away.”

“It’s funny to see how sometimes positive emotions could taint the relationship, because people might get too excited about something and then get a little too lenient … and might take things for granted and make mistakes. So people should be very careful whenever they get into a more agitated emotional state -- either positive or negative -- because it leads to mistakes”.
Prepare a 'success speech' - for the other party

Also remember that the other party will have to sell the deal to their bosses and stakeholders: it will want to show it got a good deal from the talks and that there are no negative consequences. “So one of the things that tends to help a lot … is to prepare for them what we call a ‘success speech’.”

Falcao’s advice to companies is to help build a bridge with the other party in the negotiations and set out a proper roadmap for the talks. Good communications are important: by listening to the other side, you’ll have a good understanding of what the other party wants. If you can then come up with a good proposal, which is fair and adds value for the other party, “then people will just say yes to it.”