Europeans tend to be overpessimistic about their economic strengths vis-a-vis China, says Jonathan Story. He looks at the cultural and political forces that have so far shaped their relationship.

This is definitely not a good time to be upbeat about the EU. The unfolding drama of Greek public finances threatens to unravel one of the club’s main achievements in crafting a monetary union of 16 different states, while the non-policy to emerge from the Copenhagen summit on climate change last December was decided over the Commission’s head by a de facto alliance between the US and main emerging market countries of China, Brazil, South Africa, Russia and Brazil. To cap it all, US President Barack Obama decided not to attend May’s EU summit in Madrid to celebrate the Lisbon treaty. The Chinese press tends to describe the European Union as disunited, inward-looking and characterised by low economic growth. And the prevalent mood of pessimism in Brussels about the EU, and the stiffening of China’s resolve to project its national interest into world politics neatly complement each other.

If the EU believed its own rhetoric, it would be relaxed about the narrative of China as a threat to world stability and to its own status. Of the various explanations of China’s rapid emergence as a power on the global stage, the portrayal of China as a youthful 800-pound gorilla in the global zoo is the least credible. According to this view, China remains the nationalistic and unreformed Marxist-Maoist-Leninist party-state of 1949. But China’s leadership has in fact managed a successful transformation away from the inherited Maoist policies of class war at home and abroad to pursue development at home, and has instead embedded China in the inter-dependent world economy. 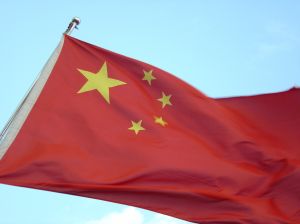 For its part, the EU has achieved global status as a mosaic of like-minded sovereign states that form neither a new entity nor constitute an international organisation. Each of its member states is legally constituted, while being genetically conditioned to be diplomatically polygamous. Mark Twain said of polygamy, “no man can serve two masters”, yet the puritans of EU integration preach political monogamy because that is what other sovereign powers such as the United States and China do.

Europe may be in part comedy, but it nonetheless weighs heavy in international affairs. It is the world’s number one economy and trader and as its prime importer it has no alternative but to maintain open markets. The EU’s combined labour force is 225 million strong, and yields a per capita income of $32,000, less than the high productivity labour force of the US at $46,000, but six times that of China. The EU is China’s prime trade partner, as it is for Africa, Russia and the Middle East, while counting among the top trade partners of Latin American countries and India.

The European footprint on the world economy is giant size. It is overwhelmingly the world’s prime recipient of inward investment, and by far the largest source of foreign direct investment in the world - with a stock of historic cost-based foreign assets about twice that of the US. The EU and the US both have chosen to place the great part of their stock in each other, and over the past two decades EU corporations have accounted for over 70 per cent of total inward investment in the US. The total stock of US investment in Spain alone is greater than the combined position of the US in China and India together, and the EU investment stock in China is barely 5 per cent of that in the US. In essence, the Chinese surplus with the EU runs through foreign corporates manufacturing in China, adding some value from offshore component suppliers, and re-exporting to the world’s prime importer.

None of this is to decry Chinese achievements over the past three decades in hoisting more than 300 million people to modest prosperity, nor is it to understate the problems confronting EU countries. My point is to draw attention to the difficulty Europeans have in placing Europe in perspective. And it’s also no wonder that the Chinese leadership has a problem in dealing with Europe.

German unification in 1990 and the end of Europe’s division was followed by the intellectual hegemony of a post-modern world view in Europe, while China’s exit from Mao’s failed experiment in permanent revolution has been informed by an older ambition to modernise China in the image of a nation state. The ethos of the EU - the language in which the Brussels village talks to itself about itself, the rest of Europe and the world - is all about overcoming Europe’s fragmentation in favour of a closer union. The hope has been to tip-toe around member state sovereignties, flattering the local monarchs while stealing their robes. The expectation has been that sooner or later the European publics will spot that their monarchs are naked. But as the Chinese have been quick to observe, this has not happened. Quite the contrary, EU member states remain the near exclusive proprietors of their citizens’ loyalties.

China’s modernisation ambitions are, by contrast, to insist on achieving equality and status with the western world by an assertion of national sovereignty. They see this as the key to economic development and a vital tool for repelling the imperial pretensions of foreign powers. China therefore hopes to play on the EU’s internal divisions by strengthening bi-lateral ties between Beijing and national capitals, and thus to puncture the EU’s pretension as an international organisation to equal status with an aspiring global power such as China. Chinese diplomacy is not calling in question the EU’s apparent ambition to “speak with one voice”; it is just politely reminding the EU that it will only pay attention when it does.

Chinese diplomacy has in short been too clever by half. It has hoisted the Brussels village on its own petard, but it does so at the cost of hugely underestimating the significance of the EU in the real world. The curious thing is that it is encouraged to do so by Europeans’ own difficulties in conceiving their arrangements as sui generis, and therefore not to be compared to anywhere else in the world.

Until Europeans do learn how to think about themselves as they are, and not as some of their number would want them to be, it can hardly come as a surprise that the rest of the world experiences the same difficulties. The dilemmas in the China-EU relationship are perhaps best illustrated by the competition between them in trade and sport.

Take trade first. China exited from the Cold War in a very different way to the EU, whose project to create an internal market was flanked by a “social chapter” aimed at improving the provision of welfare services to all EU citizens. By contrast, China’s desire to enter the WTO and import US and EU norms of government-business conduct was flanked by the abandonment of the remaining Maoist welfare ideals. The country became an Adam Smith economy run by a Marxist-Leninist-Maoist state - a formidable combination that offers its citizens a future of work, saving and material betterment for the collective good of the nation and the prestige of the Communist Party. It also poses a challenge to the EU’s welfare arrangements by bringing the labour forces of the EU and China into collaboration and competition. Because EU welfare and knowledge-based policies are nationally rooted but may be collectively networked, discussion about “what to do about China” has moved centre stage in EU capitals. Yet the EU is barely able to act, as it cannot close access to its own markets nor can it bring itself to recognising China as a market economy.

Then there is sport. The opening ceremony of the Beijing Olympics in September 2008 was fully exploited by the Chinese leadership yet there was barely a mention of the regime’s founder, other than President Hu Jintao’s wearing of a Mao suit. China’s athletes scored impressive results; coming first with 51 gold medals and 49 silver and bronze. But the overall winner, far ahead on medals of any other part of the world, was the combined EU member states with nearly three times China’s score.

What do trade, welfare and sport have in common and what has this to do with the China-EU relations? Everything. Trade is structured, and welfare, labour market and sport issues are promoted at member state level. Judged on a world scale, the EU is a global power with global reach, while the aggregate of standards among EU member states is very high, and capable of indefinite improvement.

In this light, what is astounding is the gulf between the real Europe and the prevalent pessimism about the EU. It is difficult to decide who needs counselling most: Chinese diplomacy or the inhabitants of the Brussels village.