How To Make Better Decisions

Does the urge to curb reckless spending or a higher level of self-control have any relationship to a full bladder? According to new research by INSEAD Visiting Professor of Marketing Mirjam Tuk it does, and what’s more this state of mind can be induced by external cues as well

It’s research with a humorous twist, but also with enormous potential. The idea, which resonated with Tuk after one too many cups of coffee, is that the self-control we exert over bladder control is transferrable to other situations and can even be used to control undesirable impulses in the human condition.

The humour and the substance were both recognised late last month (September) when the research earned Tuk an “Ig Nobel” Award in Medicine for her research with Debra Trampe of the University of Groningen and Luk Warlop of Katholieke Universiteit Leuven and Norwegian School of Management, at this year’s ceremony at Harvard. The Ig Nobel Awards, an American parody of the prestigious Nobel Prizes, have been around since 1991 and recognise annually research and studies that on the surface seem humorous and perhaps trivial, but contain the essence of real discovery. Organised by a magazine of scientific humour called Annals of Improbable Research, the Ig Nobel Awards are often presented to the winners by Nobel Laureates and the organisers’ stated aim is honouring achievements that “first make people laugh, and then make them think”. 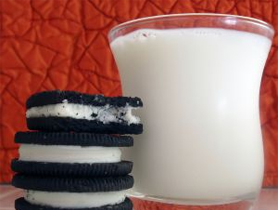 Tuk and her fellow authors conducted four studies which suggest that our unconscious efforts at self-control (in this case over the urge to urinate) are not only directed at the main task, but can affect other controls in a positive way.


Control and cognitive response
The first study, Tuk says, aimed to show that people who are controlling a full bladder are also better able to control a more cognitive response to a Stroop test. As part of the test, participants were required to indicate the different colours of various words that were presented to them. The dominant urge here is to read the words first, but the test found that response times to correctly naming the colours quickened with the urge to urinate.

The second study required two sets of participants to make a simple financial decision – receive a small amount of money now or a larger amount later. The set of participants with full bladders were less inclined to opt for the impulsive choice to take the money now. Their self-control was higher, along with their bladder levels.

The third study, Tuk says, was similar to the second but also explored “interpersonal differences in human behaviour to inhibit behaviour - a personality thing. Some people think twice before acting, while others jump in and follow impulses.” Results showed that people with a more sensitive Behavioural Inhibition System (BIS) exerted stronger levels of self-control than others when experiencing a full bladder.

The final study determined that external cues – a soft waterfall, dripping tap, or young child whining for a toilet, for example - could produce greater sensations of bladder control, which in turn could influence participants’ overall self-control. “It suggests a waterfall feature in your neighbourhood mall can make the shoppers more controlled,” Tuk says, with a warning that cunning mall managers may also install more toilets.

She says although the research – entitled “Inhibitory Spillover: Increased Urination Urgency Facilitates Impulse Control in Unrelated Domains” - may be open to clever marketing ploys, it is more about positives than negatives. “This research triggers desire and then makes people less impulsive. First is the desire and second how controlled is the state of mind. Hunger, for example, has been found to make people more impulsive and focused on the now, for reward,” she says. “From a baseline, this research can only make you less impulsive.”

“Self-control is more important in our society than ever before. People used to live in a society where there were not many options, so self-control was not necessary for survival. Now it’s much more important to control the urge to overconsume, where people understand better and have cures for [poor] self-control. ”

Tuk warns against reading too much from the findings, but says the insight that control signals are not domain specific, that one means of self-control can spill over into another, might in the long run help people to become less impulsive.

“If people are more consciously aware of self-control, they are more likely to fall prey to impulses. You stick to diet for a month, and then it all breaks down because it requires a conscious control, which you can lose. But if you can find more unconscious control methods, there may be less of a problem.”

Tuk says the research has inspired her to look further into other forms of behavioural control.

Tweets by @forbes_india
Lessons Learned from an Executive’s Onboarding Process
Marketing In Mergers: Value Your Brand