To tap the full potential of these agents for change, organisations must listen and push beyond assumptions 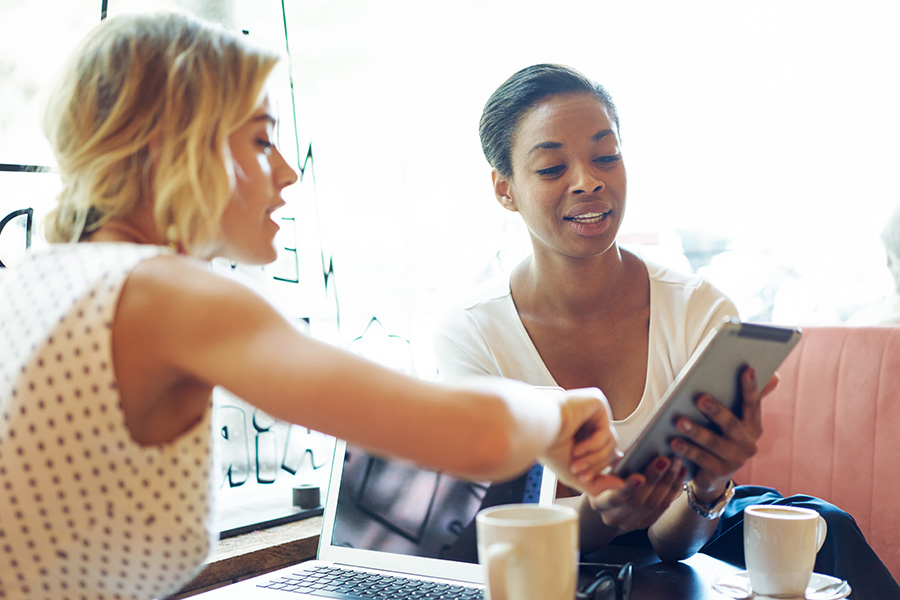 Carolyn was thrilled when she was offered a role in China. A high flyer in her Dutch organisation and fluent in Mandarin, she believed this was the perfect opportunity to get the international experience that she wanted. However, her boss suggested that it would be difficult for a woman to lead a team for this particular project in China. While his intentions might have been good, his comments left her feeling vulnerable to concerns about gender bias and her ability to handle it.

She knew that the decisions she would have to make in an unfamiliar context would be scrutinised. Carolyn could run into difficulties related to language. While these factors risked eroding some of her self-confidence, she was determined to enter this complex negotiation and decision-making arena. Due to her gender and culture, Carolyn was used to standing out and knew how to benefit from different perspectives. She would probably need to be much better than the men who had previously held the same position to be appreciated.

Women embark on global careers for the same reasons as men and encounter similar challenges. However, in my conversations with Global Cosmopolitans – those highly educated multilingual professionals who have lived, worked and studied abroad for a long time – I have found that women often accentuate different aspects of their journey.

The pressure of social norms
The first striking difference would be their awareness of the pitfalls of gender bias in different cultural settings; specifically managing the nuances about the roles of women at work and in society.

Another key difference amongst Global Cosmopolitan women is their perspective on how they navigate their own expectations – and that of their significant other – when it comes to fostering relationships that support dual-career ambitions. Women also describe how any personal or professional decision made in that regard might not be acceptable in every culture, including their own.

Take the case of Andre and Charlotte. While they lived in Paris (her hometown), Andre started his own business with two European partners. Charlotte took on a professional role that led to a career plateau but gave her more time with her children. Just as Charlotte was becoming restless after a few years of slow career growth, her company offered her a dream job in its head office in the United States.

While Charlotte’s parents were thrilled, they also questioned how this move would affect Andre. In their eyes, he was the provider and Charlotte's Paris-based job had a number of advantages, not least that it was very near to them instead of a seven-hour flight away.

Charlotte became hesitant, afraid of upending her husband’s career. Andre’s business was highly lucrative, more than her career would ever be. As soon as he heard about the US-based offer, Andre said it was her turn to shine and that he would find a way to work from there. He also said that he was looking forward to spending more time with the children.

While career parity is valued in many dual-career couples, women often do not earn as much as their male partners. Changing the unwritten rules about pay can be challenging. Families often give men’s careers priority. This is especially true when there are children in the picture. Many women have internalised the social norms about the roles of women and men in raising children. Strong support is needed to overcome resistance to change.

Taking turns is the best way to go
The responsibility for making a career move that involves the entire family is a heavy one. Here again, social norms tend to dictate men taking the lead in this matter. For change to take place, Global Cosmopolitan women need a clear and supportive relationship.

Sylvia and Frederic met in Singapore and started their family there. A downturn in the oil-and-gas industry put Frederic’s career in jeopardy. At that moment, Sylvia was headhunted for a wonderful role in Australia. Accepting the job meant that she would be responsible for the decision to move and would also be the primary breadwinner for some time.

Sylvia knew that her promotion would require more work and travel. While she wished she felt differently, she was uncomfortable earning more than her husband. They had long, fruitful discussions centred on what he could do in Australia, but also on how both of them could work through their assumptions about gender roles and responsibilities.

Working through stereotypes
More and more women are embracing global careers. These come with challenges and many complex decisions. However, Global Cosmopolitan women have so much to offer the professional world. They bring the creative edge of difference and a strong ability to lead change, having successfully managed it in their own personal lives. Their global opportunities have contributed to the Global Cosmopolitan Mindset and skillsets.

Global Cosmopolitan women must learn the importance of articulating their stories and sharing their experience as women developing global careers. As authors of their lives and contributors to new modes of living, they must become adept at flipping their challenges into opportunities.

Career advancement is generally dependent on being recognised for one’s expertise and potential. Whether in the office or at home, Global Cosmopolitan women must establish mutually respectful relationships early on.

While organisations may see the value of such individuals for leading change, they also tend to have many assumptions about them. Management, including HR professionals, must look beyond stereotypes. Each Global Cosmopolitan has a unique story and their bosses should lend a listening ear, free of assumptions.

Tweets by @forbes_india
Tesla, facing setbacks and skeptics, tries to get back on course
Blockchain goes to work