What Could Have Saved Nokia, and What Can Other Companies Learn?

Nokia lost the smartphone battle despite having half of the global market share in 2007. Some argue that it was down to software, others that it was complacency. We argue that collective emotions within the company were a big part of the story

Leaders who are able to identify and manage patterns of emotions in a collective are better able to make their ambitious strategies a reality.  Our argument centres around the idea that the emotions felt by a large number of people within an organisation can determine the success of strategy implementation even when these feelings go unexpressed.

We recently had the opportunity to speak with Olli-Pekka Kallasvuo, former CEO of Nokia, when he was keynote speaker at an INSEAD conference investigating why Nokia lost the smartphone battle. 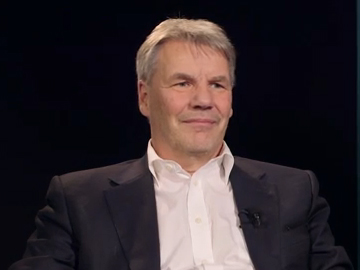 Image: Courtesy INSEAD
Olli-Pekka Kallasvuo, former CEO of Nokia
When we asked him to describe what it was like to face the competitive market of the mobile telecommunications industry during his tenure from 2006-2010, he responded that nowhere in business history has a competitive environment changed so much as it did with the converging of several industries – to the point that no-one knows what to call the industry anymore.  Mobile telephony converged with the mobile computer, the internet industry, the media industry and the applications industry - to mention a few… and today they’re all rolled into one.

In such a fast-paced changing environment, it was unsurprising that Nokia’s top executives drew on the best practices of strategy implementation and Nokia’s famed strategic agility was certainly impressive in terms of acquisitions and mobile device development, but with the benefit of hindsight he would now acknowledge that the emotional climate within the organisation was overlooked during this turbulent period.

Pluralistic Silence Within
Kallasvuo, who had been with Nokia since 1980 in various functions such as CFO and Executive Vice President and General Manager of Mobile Phones, replaced Jorma Ollila as CEO in 2006.  Although a more integrative company was to be created to develop integrated software, hardware, and applications for the advanced smart phone, the keen entrepreneurial spirit for which Nokia had long been known, strongly prevailed and the key business units continued to compete for resources to develop products that would address various market needs.  Kallasvuo now sees that the company did not pay sufficient attention to the emotional undercurrents caused by internal competition for resources to develop a vast array of phone models for various market segments worldwide. Optimising the interests of one department, when repeated across many different departments, inadvertently hurt the overall welfare of the company. The problem of Nokia, after all, seems frustratingly similar to those of many large companies such as Microsoft or Sony who could not develop high quality innovative products fast enough to match their rising competitors. As the companies grew larger and richer, each department became its own kingdom, each executive a little emperor, and people were more concerned about their status and internal promotion than cooperating actively with other departments to produce innovative products rapidly. This phenomenon is also known as silo politics, and spread naturally and quickly like bad weeds in the garden. In other words, the whole became less than the sum of the parts.

Kallasvuo’s opinion corroborates with the qualitative research that we have conducted where we spoke with over 50 key Nokia managers [including Kallasvuo] multiple times to get their inside stories on what it was like working for the company during his management.  Essentially, the overriding emotion felt by top managers and middle managers within the organisation was one of fear.  And yet, it wasn’t necessarily a fear of being fired which pervaded; it was more about fear of losing social status in the organisation. Together, these fears shaped a collective emotional climate which influenced what information was shared [or rather not shared] in meetings. Middle managers were happy to allow senior managers to believe that deadlines, which were unrealistic, would be met for developing the Symbian software platform – and they did this because of a fear of losing social status. It was simply a case of them not wanting to upset others for fear of social retaliation and not wanting to show they had limitations or weaknesses both on a personal level and also at a company level with the product they were all investing their energies in.

As a result, a kind of pluralistic silence endured where no-one would speak up about the limitations of the Symbian platform and the slow progress of development of other more advanced software platforms. As a result of optimistic reporting, Nokia top managers kept believing the company was progressing well in matching Apple’s iPhone while it was not.

Reporting What You Think Your Boss Wants To Hear
Of course, Nokia senior management had their own fears which came from what other companies like Apple and Google were planning to do—disrupt the industries – and they most certainly felt the pressure from shareholders to grow their quarterly earnings and sales revenues.  Even though the top managers sometimes acknowledged the threats publicly, fear of losing internal momentum and external sales in the short term prompted them to emphasise the quality of Nokia’s products and internal developments and, thus, downplay somewhat, at least in relative terms, the competitive threats to larger internal and external audiences. As a consequence, middle managers’ fears toward the competitors and concern over Nokia’s future were reduced. However, to ensure that Nokia would both match the short-term financial goals and succeed in the long-term against the rising competitors, top managers tended to put heavy pressure on subordinates to deliver more and faster, not accepting “no” for an answer, thereby increasing their subordinates’ fears of reporting honest feedback. The top managers also subconsciously alleviated their own fears of losing to rising competitors by accepting optimistic reports by middle managers and not questioning the validity of the good news.

As a result, managers of various departments focused more on internal competition for resources and higher social status and were less fearful of competitors. CEO Kallasvuo noted that complacency had crept into the organisation and not enough importance was attached to what external competitors were doing; somehow the sense of urgency to innovate had waned and managers of the successful company were more intent on defending and preserving existing successes than attacking competitors by developing radically new products and incurring the risk of failure. He admits that the culture of “Not Invented Here” had become entrenched and no-one can assume a leading market position if a company is risk-averse.

He spoke of being present at a panel in New York in 2007 when Google announced the launch of their Android operating system and he realised immediately the significance of Google’s strategy that made what used to be called “smartphone” a mere “window to the cloud.” He realised that Nokia’s Symbian software platform would be outmatched if he did not take fast and urgent actions.  But by increasing pressures to work faster and harder among various departments, he inadvertently created an unhealthy emotional climate of fear that led to optimistic reporting by managers of various departments, ultimately causing the fast decline of Nokia high end smartphones that relied on an increasingly constrained and underdeveloped platform.

Strategy is 5 percent thinking, 95 percent execution. Strategy execution is 5 percent technical, 95 percent people-related.
With the benefit of hindsight, what could Nokia have done differently? We believe that more careful management of emotional processes would have allowed top managers to get more accurate information of Nokia’s software capabilities and development speed. Elements of better management of emotional processes might have included top managers sharing honestly their fear of losing against the new competitors to a limited set of key middle managers, and engaging these middle managers to work with top managers to counter the rising threats might have created healthy external fear and reduced maladaptive internal fears, which made telling unpleasant things to one’s superior difficult. Another way of amplifying healthy external fear might have been to require middle managers to use the new competitors’ products extensively, like Samsung did, to ensure that the middle managers developed a sufficiently deep understanding of their strengths over Nokia’s products along specific dimensions, such as usability. Top managers could also have been more mindful of their own fears and how the fears influenced both the way they set demands for R&D and interpreted the embellished reports that followed.

We would argue that adopting a culture where “telling bad news is a good thing” would have overcome the collective fear that so seriously affected Nokia’s perception of their ability to develop new, leading products fast.  Perhaps nowhere in the history of recent powerful business stories, has the lesson of the Emperor’s new clothes been more applicable.  Just telling the truth could have saved Nokia’s fortunes. Nokia’s unfortunate decline again validates our affirmation that companies grew to greatness because they did something better than others. But they declined because they forgot to do common sense things, such as managing collective emotions and building organisational emotional capital during disruptive times (see Huy’s forthcoming book in Harvard Business Press). Managing a large business can be humbling because increasing complexity crowds out simplicity in action; to keep things from deteriorating, one needs to maintain a culture of honesty, humility, and cooperation inside the organisation.

The lesson of Nokia applies to many successful and less successful organisations. The most important job for CEOs of successful firms is to inspire and mobilise various groups to honestly and genuinely cooperate with one another to do valuable and innovative things for their customers. Large and successful organisations tend to have many new ideas and resources, and can even afford to get cutting edge consulting advice and market intelligence. Oftentimes, the strategic goal is clear, but how to make it happen is much more complex. It is often said that strategy is 5 percent thinking, 95 percent execution. We extend this by suggesting that strategy execution is 5 percent technical, and 95 percent people-related. And managing collective emotions is a critical success factor in strategy execution.