Europe will see hard decisions and emerging markets like India will have to grow on their own, says financial expert John Mauldin 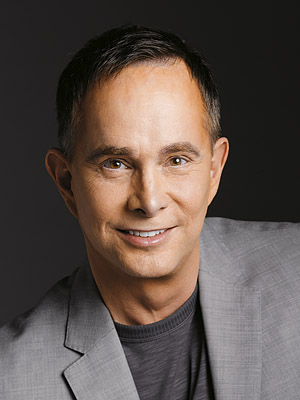 John Mauldin
Profile: A renowned financial expert and a New York Times best-selling author, he’s also a pioneering online commentator
Best known for: Every week, over 1 million readers turn to him for his penetrating views on Wall Street, global markets, and economic history
Children: He is the father of seven children (five adopted)

Governments everywhere are printing more money. But if that money is going into the balance sheets of the banks and it doesn’t get lent out, it doesn’t do any good. If they print money and banks use it to buy government debt from governments that are running deficits that are too large, all that is going to do is create inflation. In general, the effects of that are not good. It can be helpful in circumstances, but in a limited amount.

It will take close to three trillion euros for Europe to write off all its  debt in total: Sovereign debt, bank debt and private debt. They just have too much debt everywhere; not just the government, but the banks, private companies and individuals as well. That debt needs to be restructured.

Now some of it just has to be an outright default, the kind that they are doing in Greece. Some of it could be changing the interest rates, there’s lots of ways to go about doing it. But it requires a great deal of pain on the part of a lot of the various actors in the economic world. There’s no way to get out of this without some pain.

And countries default all the time. There have been 160 defaults by countries over the last 200 years. It’s not a matter of whether a country will be allowed to default or not. If a country decides we are not going to pay, what can you do?

So I think we are coming to the final part of the end game. Europe can choose to have a greater fiscal union which means that the EU commission will have a great deal of control over the budgets of the nations or the nations will say we want more control but then they have to drop out of the Euro. Italy can’t support the debt it has. It has to revalue its debt.

If the rest of Europe doesn’t let them do it, at some point the Italians may say this is just too big a burden for us. There’s going to be pain sharing and a loss of fiscal control. I don’t know if it will happen. It’s a very difficult environment. 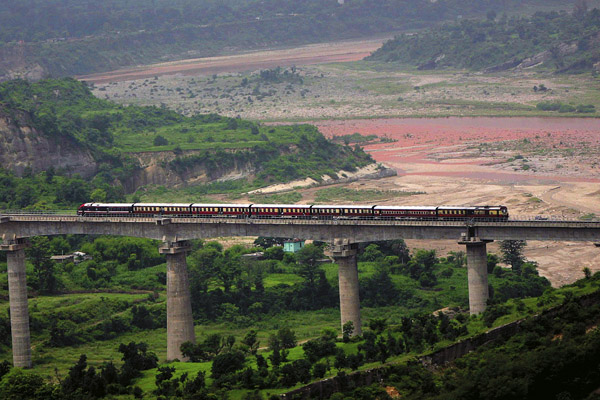 Image: Mukesh Gupta/Reuters
BRIDGING THE GAP A passenger train moves over a bridge near Jammu. India needs to focus more on its infrastructure, roads, ports and trains The Great European Adjustment

The troubling thing is that the European economies are fundamentally not on a strong level. Only 28 percent of Portugal’s young people have high school degrees. It’s not a nice place for a country to be in. You have got to have more education. The countries of Europe are getting old. In the next 20 years, countries like Spain and Italy will have one old person for every worker. That’s not sustainable. When you ask about the long term prognosis, it’s not sustainable. Europe is going to have to make serious adjustments to its social structure. Investors will place a limit on European debt. Investors will say, “We don’t want to buy anymore”. And governments are going to have to try to live within their means. Those will be checks on debt.

Europe is not alone; even Japan and the US have to change their ways. You’ll see hard decisions in Europe but not in Japan. Japan will continue to run more deficits. Japan is a bug in search of a windshield. It is going to collapse in the next two or three years. And hopefully other governments will learn their lessons for a period of time.

So why does all of this have any implication for India? If the Euro zone implodes, it will reduce the money coming into emerging markets by European banks. European banks lend a great deal to Latin America and some countries in Asia. Those loans will not get rolled over. It will be more difficult for those companies to find funding from Europe.

Emerging markets will sell less to Europe. It will be the beginning of a global recession. And the odds of that are 30-50 percent. It’s uncomfortably high.

The emerging market countries will have to learn to grow on their own. Fortunately, India is to some degree in control of its own fate. It has a large diaspora.

While India has made a great deal of development there’s still a lot of improvement to be made. You need to focus more on infrastructure, roads, ports, trains. A successful India is something that everyone is better off with.  I want to be long on some companies that happen to be in emerging markets.

Do I want to buy an Indian exchange traded fund (ETF) or a Malaysian or South African ETF? No, not particularly. I would want to buy stocks that I like in them.