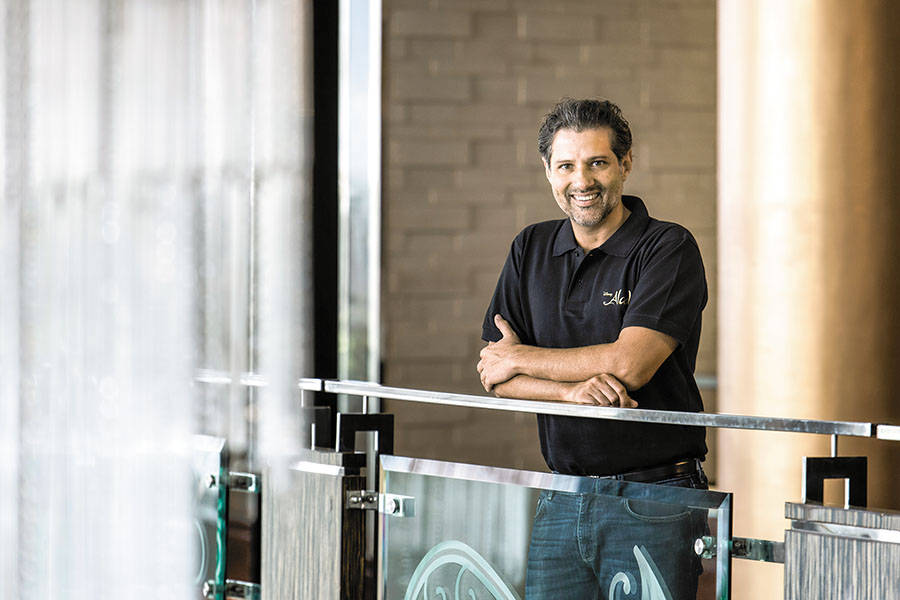 Ashish Hemrajani, the co-founder and CEO of BookMyShow

After the runaway success of Beauty and the Beast’s stage show produced by Disney India with ticketing partner BookMyShow in 2015 and 2016, the two entities have come together again to bring to Indian audiences Disney’s Aladdin. The Broadway-style musical will premiere at Mumbai’s National Centre for the Performing Arts (NCPA) in April, and will then travel to Delhi and Hyderabad.

The live event is, in fact, one among several that BookMyShow, the online ticketing company owned by BigTree Entertainment, has put its finger into of late. Consider Ed Sheeran’s concert in July 2017, AR Rahman’s India tour late last year, or several Indian Premier League (IPL) matches. In the case of Aladdin, it is also doubling as a producer. BookMyShow will pay Disney India a licensee fee for the exclusive rights to own and control the Indian production of the musical  beyond just ticketing.

“Given our leadership position in the ticketing space, it is a logical step to evolve into an entertainment platform,” says Ashish Hemrajani, BookMyShow’s co-founder and CEO, on the sidelines of the Aladdin preview for the press in Mumbai.

Over the last two years, BookMyShow—which holds a 70-75 percent market share in the online ticketing space, according to research consultancy Technopak—has been steadily transforming itself from a pure-play online ticketing player for movies, plays and events to a “360 degree entertainment platform” that produces original audio and video content, alongside live shows. In late 2016, the company launched a video production arm to churn out short, snappy videos on movies and celebrities that today garner over 60 million views a month across platforms; in September 2017, it launched Jukebox, a music streaming service with content from top labels curated in playlists; and the next month, to complement this offering, BookMyShow launched a music production studio aimed at independent artists and newcomers.

Sure enough, this foray into original content—currently free for users through an ad-supported model—is a logical move in the company’s almost-two-decade-long journey. Set up as BigTree Entertainment in 1999 by Hemrajani, Parikshit Dar and Rajesh Balpande, the company began by selling ticketing software to multiplexes that were sprouting up at the time. It was only in 2007—having built the backend infrastructure and seen the ecosystem mature in terms of the adoption of smartphones and increased internet access—that the trio launched the consumer-facing BookMyShow, allowing users to book tickets to movies online. It has since received four rounds of funding; its biggest investors include Network18 (which publishes Forbes India), Accel Partners, Saif Partners and the Stripes Group, a New York-based growth equity firm that led a ₹550 crore investment in the company in 2016, at a valuation of more than ₹3,000 crore. (A rumoured Flipkart investment is conjecture, says Accel Partners who is a common investor in both companies).Today, BookMyShow has a presence in over 650 cities and towns, boasts of over 25 million monthly active users and a total user base of over 50 million.

Ticketing, says Hemrajani, has helped BookMyShow understand audiences. And its stronghold on the market has enabled it to amass troves of data on viewing habits. “They engage and interact with millions of customers every month, both online and offline. This gives them unique insights into customer demographics, preferences, trends, which in turn makes them uniquely positioned to develop original content,” says Prashanth Prakash, partner at Accel Partners, who led the venture capital firm’s investment in BookMyShow in 2012.

Moreover, these insights help BookMyShow innovate on the movie-ticketing front, like enabling movie-going friends to split ticket costs on the app, allowing for food and beverages to be booked and offering discounts on restaurants in and around the theatre. This, along with the deep dive into original content, is a means to drive user engagement or “add value to customers”, as Hemrajani puts it, adding that movies rake in 65 percent of revenues and ‘non-movies’ the rest.

Importantly, it’s a means to create customer stickiness, especially at a time when BookMyShow’s monopoly appears to be under threat. In March 2016, Paytm entered into the online ticketing space by striking a partnership with PVR Cinemas, offering attractive cashback schemes to acquire customers. “We entered the space because we saw low online penetration in the category (less than 5 percent of all tickets sold were online). This was because the existing player(s) did not have sufficient number of customers, and were not innovating enough,” says Madhur Deora, CFO and senior vice president, Paytm, in an email response.

The mobile wallet and ecommerce platform claims to have doubled the online ticketing market over the last two years since the majority of ‘Paytm Movie’ users are first-time buyers of online tickets. In terms of “innovations”, Deora points out that Paytm is the first to launch a 100 percent refund on cancelled tickets, and has also launched a Movie Pass subscription plan for movie-going regulars. Moreover, Alibaba—the largest backer of Paytm—recently bought a controlling stake in Chennai-based online ticketing platform TicketNew, which claims to have a presence in 300 cities.

While BigTree Entertainment posted a profit of ₹3.1 crore on revenues of ₹248 crore in FY16, sales reportedly slowed in FY17 (the company chose not to divulge details). But Hemrajani appears unperturbed. Instead of focusing on competition, he’d rather obsess about his customers. “We’re here to innovate and add value to our customers. If you add value to their lives, they’ll keep coming back to you,” he says.

Tweets by @forbesindia
Suit yourself: The latest trends from the runways
Analytics for economic development and value creation - The age of the Neurons