Spotify may be public now, but co-founder Daniel Ek has no plans to let anyone else set the company's rhythm 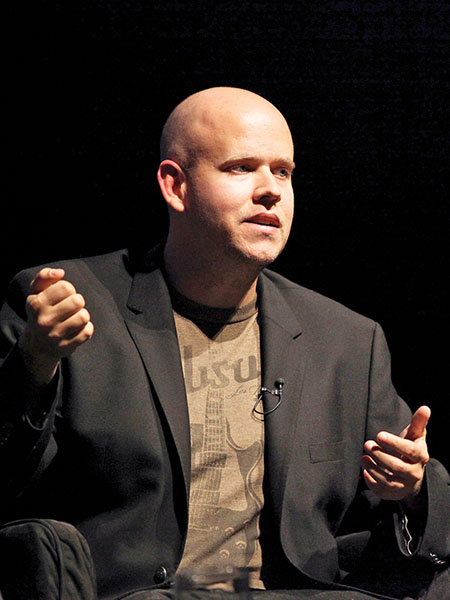 Daniel Ek, co-founder, Spotify
Image: Gerry Shih / Reuters
By age 23, Daniel Ek was already a millionaire after a stint as a programmer for a Stockholm ad firm. He had grown up fascinated by technology but found the ad work uninspiring. To amuse himself, he bought a posh three-bedroom bachelor pad and a cherry-red Ferrari and did a lot of clubbing. “I was deeply uncertain of who I was and who I wanted to be,” Ek told Forbes in a 2012 story. “I really thought I wanted to be a much cooler guy than what I was.”

He later retreated further—to a cabin in the woods where he meditated and played guitar. He emerged with a plan to create Spotify, which he founded in 2006 with Martin Lorentzon. From the start, Spotify has moved to its own, very specific beat. Its founding idea was radical: A music streaming app with elements of a social network that offered artistes a revenue model. Its Swedish headquarters were far from the traditional centres of power for music or tech, and its April IPO was different too.

It skipped the usual song-and-dance road show, issuance of new shares and lockup period of existing shareholders. It listed directly on the New York Stock Exchange, bypassing investment bankers—without ruining its stock debut, as many feared. There was one very predictable outcome: Ek now takes his place next to the Systroms, the Dorseys, the Cheskys—the ultra-rich members of the latest digital revolution—with a $2.4-billion fortune.

Ek has ensured that he and his co-founder will continue to set Spotify’s rhythm. Thanks to dual share classes, he and Lorentzon control over 80 percent of Spotify’s voting rights. Ek offered one glimpse of Spotify’s potential last month when the service unveiled a new subscription plan bundling itself with video streaming service Hulu. For now, Wall Street clearly expects Ek to prioritise growth over profits; analysts predict Spotify will continue to lose money until at least 2019. “I’m not an inventor,” Ek told Forbes six years ago. “I just want to make things better.”

Tweets by @forbes_india
Syska enters wire and cables business, ropes in Amitabh Bachchan as brand ambassador
Degrading our planet, one nanoparticle at a time