How this Indian company tapped a business opportunity in background checks

With a proprietary platform, AuthBridge is carving out a niche in the background screening business of employees 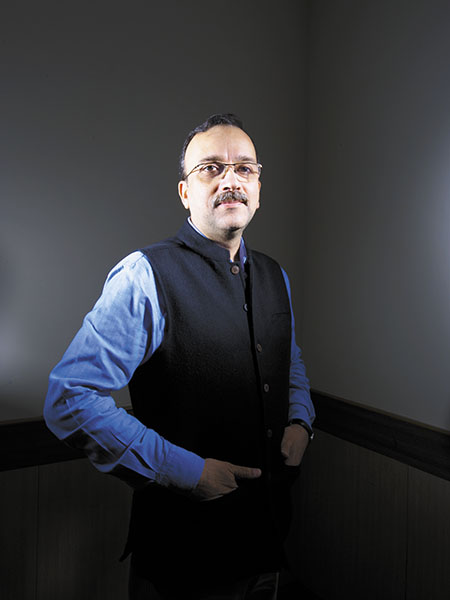 When Ajay Trehan was running a business outsourcing company based in Gurugram in 2005, his overseas clients would often ask him if he’d done a background check on his employees. He hadn’t, and neither had most others. But the entrepreneur realised the business opportunity he could tap into.

More than a decade later, AuthBridge, the background screening company Trehan, 45, set up in 2005, is on its way to becoming one of the largest homegrown players in an industry that is dominated by a few large players, including global majors such as First Advantage, and KMPG.

A wide range of businesses—from private corporations to banks disbursing loans—are realising the need for background checks. It is not uncommon for prospective employees to include false information on their resumes; loan applicants, too, create fake identities.

AuthBridge estimates that although the market is small, at Rs 250 crore (there are no independent industry numbers available), the widespread issuance of Aadhaar cards, and the willingness of companies to share employee data, are making things easier.

AuthBridge, like other players in the industry, can access Aadhaar-related information to verify a person’s identity (the person has to sign a consent form for AuthBridge to access the data), with their photograph, date of birth, and father’s name. Such information is usually requested by banks to issue loans, and large-scale employers such as pizza delivery services.

Accessing the Aadhaar database is a service AuthBridge started in May 2016. “In the last six months, since AuthBridge rolled out this service, we have seen inquiries rise from zero to 70,000 a month,” says Trehan, founder and CEO.

But verifying employment claims is as important as verifying a person’s identity. When AuthBridge started functioning in 2005, its employees would call up companies and educational institutes mentioned by the people who they were checking up on, and ask for information. It was an inefficient and time-consuming process, prone to mistakes.

AuthBridge decided to automate this process, and rolled out WorkAttest in January 2016, a proprietary platform where employers voluntarily share (after signing an agreement with AuthBridge) information about their employees.

Fifteen companies, including US-based HR consulting firm ManpowerGroup, and Indian insurance firms such as ICICI Prudential Life Insurance, DHFL Pramerica, and Max Life Insurance, have agreed to share their employee data; discussions are on with 40 more companies. Firms agree to share this information with the long-term prospect of gaining access to the same database for investigating potential hires in future. Once a critical mass of companies come on board, AuthBridge plans to monetise the WorkAttest platform by allowing companies to access the database themselves.

Trehan is reticent about discussing numbers. All he says is that his company has a 25 percent share of the market (which amounts to Rs 62.5 crore) with a high rate of profitability. “We hope to maintain the 60 percent growth rate we had last year for each of the next five years,” he says.