Dentsu Aegis forecast shows digital is on a high in India too; growth in mobile coming on the back of a "young, digitally native generation constantly on the go" 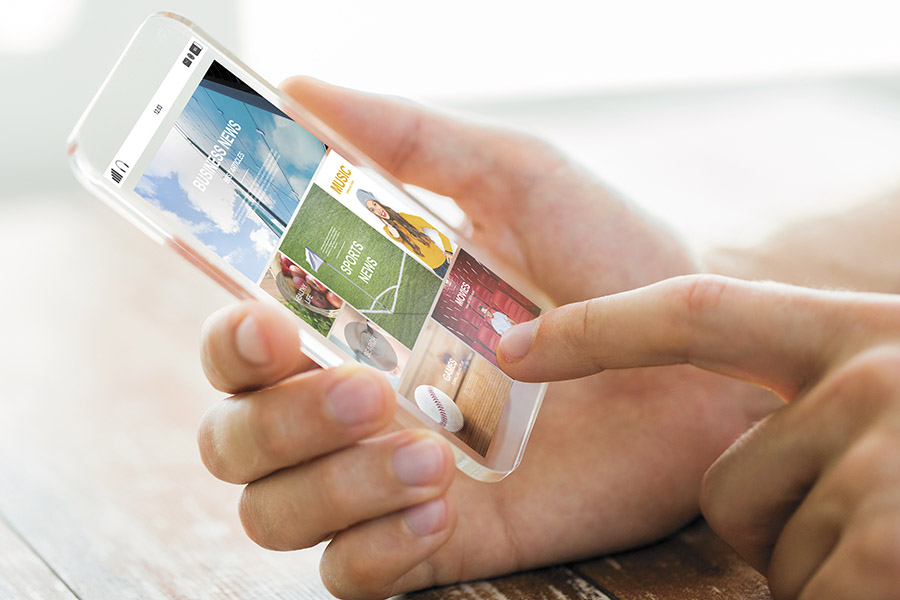 These findings are part of multinational digital marketing company Dentsu Aegis Network’s Ad Spend Forecasts report released in June. The study notes that in India, mobile ad spend will be 41 percent of the total digital spend of $1.1 billion in 2017, clocking a 50.7 percent year-on-year growth this year and 43.6 percent in 2018.

“India is the fastest growing advertising market globally and our forecast is that overall ad spend will grow at about 13 percent. Digital is growing three times faster and has already become the third largest medium of advertising [after television and print],” Ashish Bhasin, chairman & CEO-South Asia, Dentsu Aegis Network, tells Forbes India adding, “Even in India, mobile [advertising spend] will overtake desktop probably by 2018, though on a smaller base.”

The Dentsu report covers 59 markets across the globe and the forecasts are produced bi-annually.

Bhasin adds that the ad industry in India is about $6.6 billion, of which digital accounts for 16 percent. And mobile will drive digital faster because of falling data prices and handset costs. “In the last one year, of every 100 new internet users, 90-95 are coming through mobile. So the penetration is going deeper,” says Bhasin. 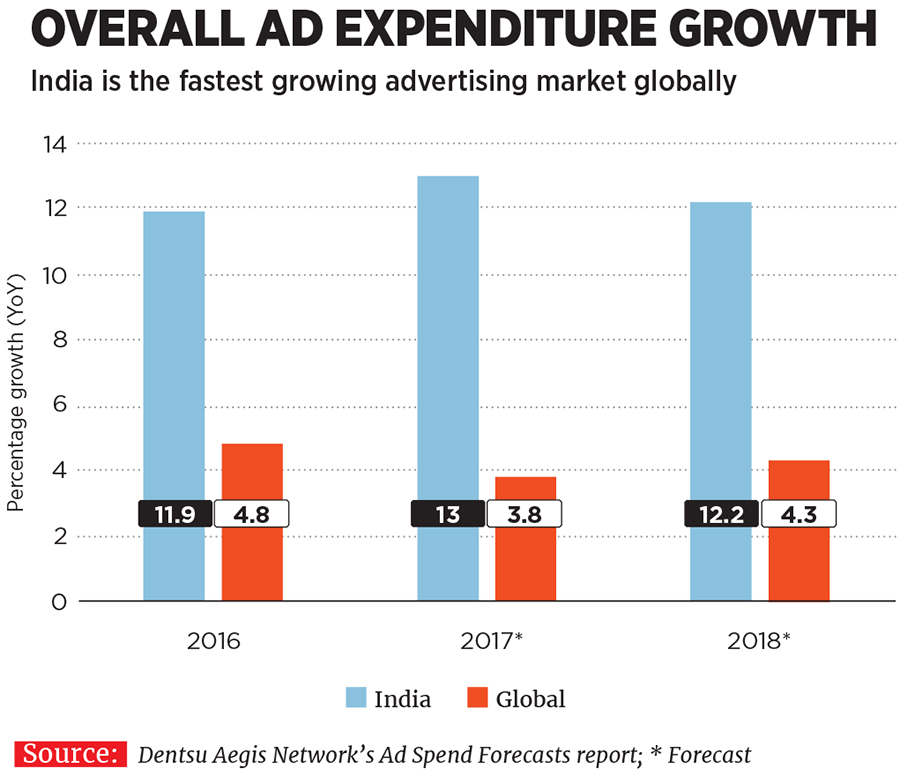 While the growth in digital is coming largely from mobile, social media and digital video, the growth in mobile is coming on the back of a “young, digitally native generation that is constantly on the go”. For instance, “In the Indian Premier League (IPL) this year, two of our lead advertisers spent more money on Hotstar than on the TV channel,” says Bhasin.

Performance-based marketing and videos are other factors contributing to the growth in mobile ad spend. “From ordering food to buying a car, search and performance is a crucial part of the young millennial’s life. Similarly, almost every alternate post on your Facebook timeline is a video,” explains Bhasin, adding that three to five years down the line, Artificial Intelligence and augmented reality will also play a bigger role.

But that doesn’t mean a reduced focus on television and print, because “all three media are growing in India. Regional language press and digitisation of television has increased their penetration further, consequently leading to a growth, albeit at a slower pace,” says Bhasin.

Demonetisation and the Goods and Services Tax (GST) makes this an “anomalous year”. However, with the 2019 elections on the anvil coupled with increased ad spending from categories such as mobile wallets, 4G and banking and financial services, Bhasin expects the advertising industry to record a healthy double-digit growth rate in India this year.

Tweets by @forbesindia
Oberoi New Delhi to reopen in January 2018, ahead of schedule
Anand Mahindra gets future ready