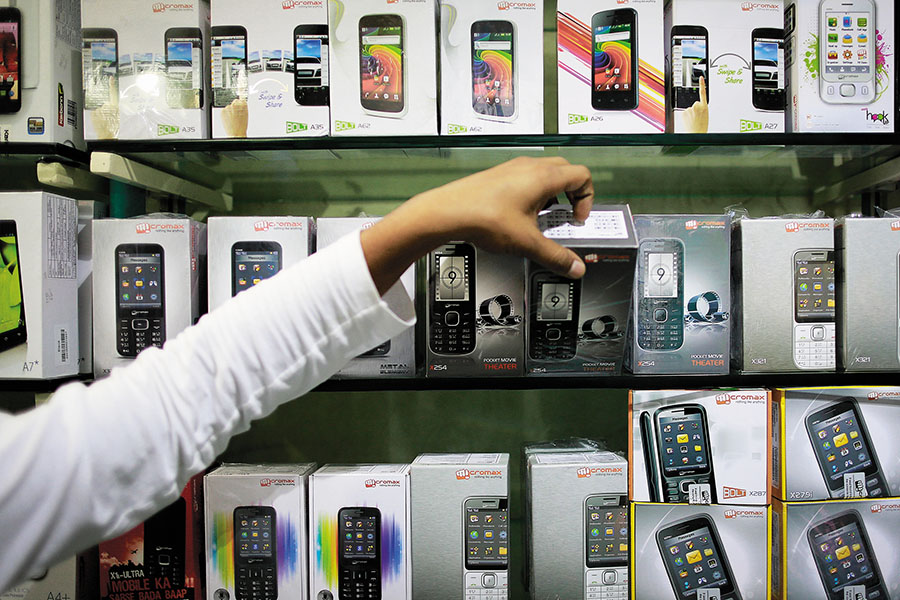 For the top four indian handset players—Micromax, Intex, Lava and Karbonn—it has been a disastrous first quarter (January-March) this year. From a combined high of more than 23 percent share of the smartphone market in Q1 of 2014, their numbers have now dipped to less than 3 percent, making it their worst quarter, according to Counterpoint Research data. Micromax now has a meagre 1.1 percent market share and has been pipped by Lava by 0.1 percent. Karbonn and Intex have 0.2 percent and 0.1 percent market share respectively. Lack of fresh products, strong competition from Chinese brands, and a slow growth in the entry-level segment were some of the reasons for this decline. “If you rest on your laurels, what happened to Nokia and BlackBerry can happen to anybody,” says Navkender Singh, research director at IDC India. “They lost the plot.”
The strength of Indian players lay in Tier II cities and beyond. But once Xiaomi, Oppo and Vivo started marketing their phones aggressively, the homegrown players could not match the financial might of their Chinese rivals. “They lost even the entry-level battle,” says Singh, adding that when the handset ecosystem shifted to 4G, the Indian players couldn’t change gears quickly enough. What also hurt them was the fact that most failed to build a professional organisation. “Their mindset remained of traders who were importing phones from China and selling them in India.”