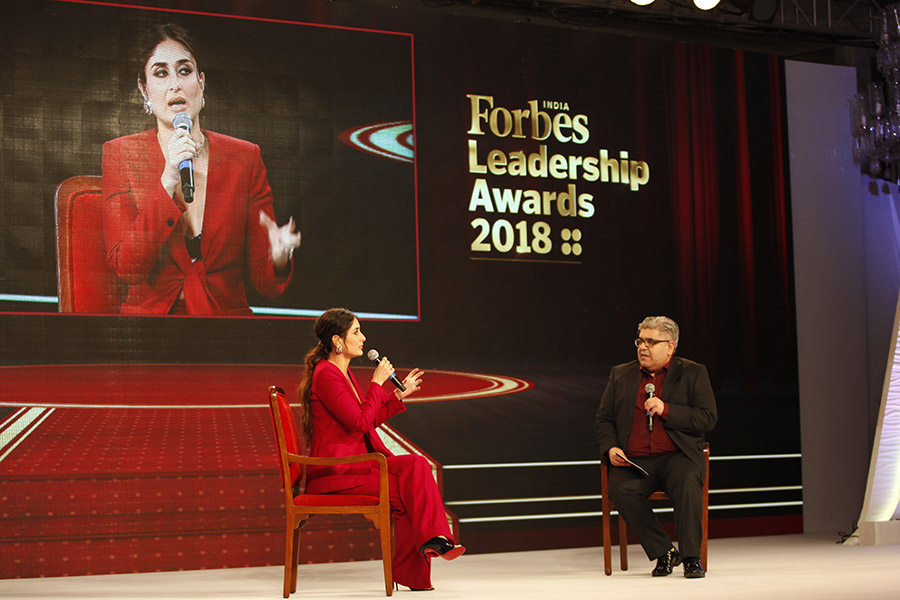 “It's the best time to be an actor because today it's all about content and there are many platforms available – onstage, web series or radio [The actress has bagged her own radio show, called ‘What Women Want’],” Kapoor Khan said in a quick conversation at the event, with Rajeev Masand, Entertainment Editor, Network18.

The free-wheeling chat touched various topics, including Kapoor’s nearly two-decade run in Bollywood, the various characters she has played, her family, and paparazzi and privacy.

Kapoor Khan made an unusual comeback in Bollywood with Veere Di Wedding (2018) – she was back on the sets almost immediately after becoming a mother and chose a role with three other actresses instead of one with her at the centre. “There had never been a film made on female friendships and four girl-friends just talking and addressing issues that are so relevant today from love to divorce; it'd always about the bro code in the industry. So I didn’t mind that I didn’t have a central part in the film,” she told Masand and the FILA 2018 audience.

Kapoor has taken yet another unusual step for a mainstream Bollywood actress. She will turn radio show presenter on Ishq FM, with her show ‘What Women Want’.

In movies too, she would be on the look out for deeper roles, including one of the two films she’s signed for 2019, about in-vitro fertilization (IVF). “I’m trying to not defy my age and dance around like a 20-year-old,” she said. “The idea is to keep redefining yourself to be relevant at a time when cinema has completely changed from what it was a decade ago,” she added.

Talking about paparazzi and privacy – her nearly two-year-old son Taimur is the paparazzi’s favourite – she said, “Even though we are in a digital age, I think, privacy is also important. I hope we can strike a balance somehow.”

About the #MeToo movement that gripped India recently, and helped open the pandora’s box in Bollywood, Kapoor Khan said, “…[It is] most important for producers, directors and actors like us, to come together and create a safe environment for women. There are many younger actresses [in the industry]... To protect them is the most important [thing to do].”

The 2018 Forbes India Leadership Awards saw nine jury-picked awards been given in Mumbai. Read all about it here .