K-pop and J-pop phenomena such as BTS, 'Parasite' and of course the series of the year 'Squid Game' are contributing to increased interest in learning Korean and Japanese 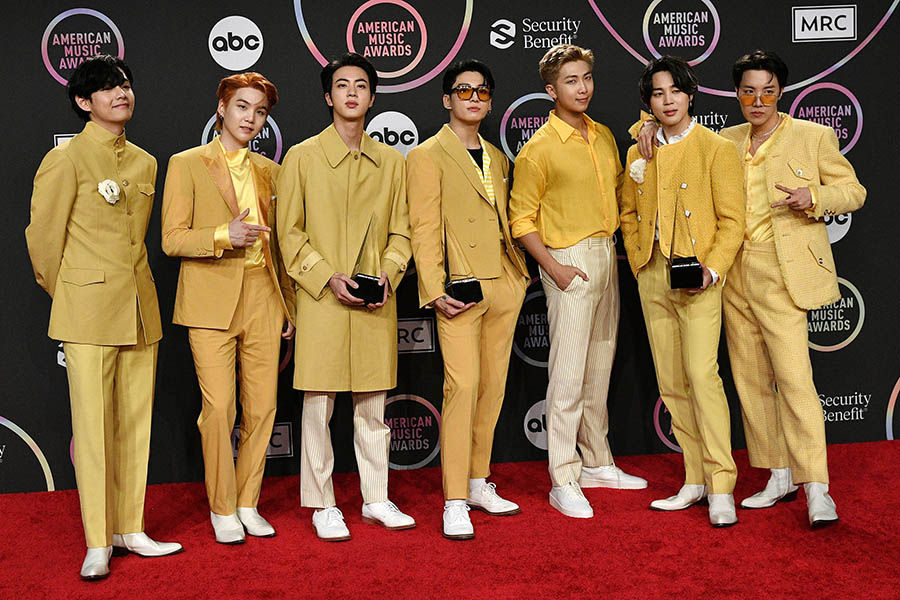 The K-pop wave is having direct consequences on language studies

Asian culture has become a genuine pop culture phenomenon, and now it's having an impact on university courses. BTS, "Parasite" and of course the series of the year "Squid Game"... K-pop and J-pop are contributing to increased interest in learning Korean and Japanese. It's a phenomenon that is having direct consequences on language studies.
From video games and anime to music and movies, K-pop and J-pop are clearly having an impact on societal trends. According to a report by the UK's University Council of Modern Languages released in 2021, Korean language degrees, as well as degrees in Japanese, have significantly increased between 2012 and 2018, The Guardian reports. Acceptances for studying Korean increased from 50 to 175 between those periods, while for learning Japanese they increased by 71%. The number of students interested in Korean now exceeds those interested in learning Russian, while Japanese classes are more popular than Italian, the report said.

According to experts interviewed by The Guardian, the interest in Korean and Japanese languages can be explained by the popularity of Asian culture through manga, video games, movies and series. An increasing number of Korean and Japanese artists are making a name for themselves and gaining international recognition. One example is the Oscars victory of South Korean film "Parasite" by Bong Joon-ho, which took prizes at the 2020 awards: best film, best foreign film, best original screenplay and best director.
The K-pop wave is also being felt in the world of TV shows. "Squid Game" was the biggest TV hit of the year 2021. According to Netflix, the South Korean series was the most watched on the platform with 1.65 billion hours watched. Meanwhile, musical group BTS pulverized several records with its song "Dynamite" by exceeding 101.1 billion views in 24 hours on YouTube and remains the most discussed group on Twitter in 2021.
The percentage of universities offering courses in Japanese language learning increased from 19% in 2018 to 39% in 2020/2021, according to the University Council of Modern Languages report. "They started learning Japanese just casually, for fun, and then they thought 'this is fun' so they want to study more seriously either as a degree or as an optional subject," Kazuki Morimoto, a lecturer in Japanese at the University of Leeds told The Guardian.
According to Sarah Keith, a researcher in Korean pop culture at Macquarie University in Australia, it's a mix of Korean themes and Hollywood themes (due to directors having grown up on Hollywood culture) that attracts Westerners: "For example in Squid Game, the dramatic pacing and arc of the show are intelligible to viewers worldwide, but at the same time it engages with specifically Korean themes which are totally new to foreign audiences," she outlined. For instance, a typically Korean recipe from "Squid Game" went viral on TikTok.
In addition to Japanese and Korean, Emma Cayley of The University Council of Modern Languages said Arabic and Chinese have also seen a resurgence of interest at universities.

Tweets by @forbesindia
How the Albanian city of Tirana is transforming into 'archipelago-city'
How discord, born from an obscure game, became a social hub for young people