Temperatures in the Chinese lithium hub Sichaun province—home to nearly 84 million people—have hovered above 40-42 degrees Celsius since last week, meanwhile, the region relies on dams to generate 80 percent of its electricity, but rivers in the area have dried up this summer 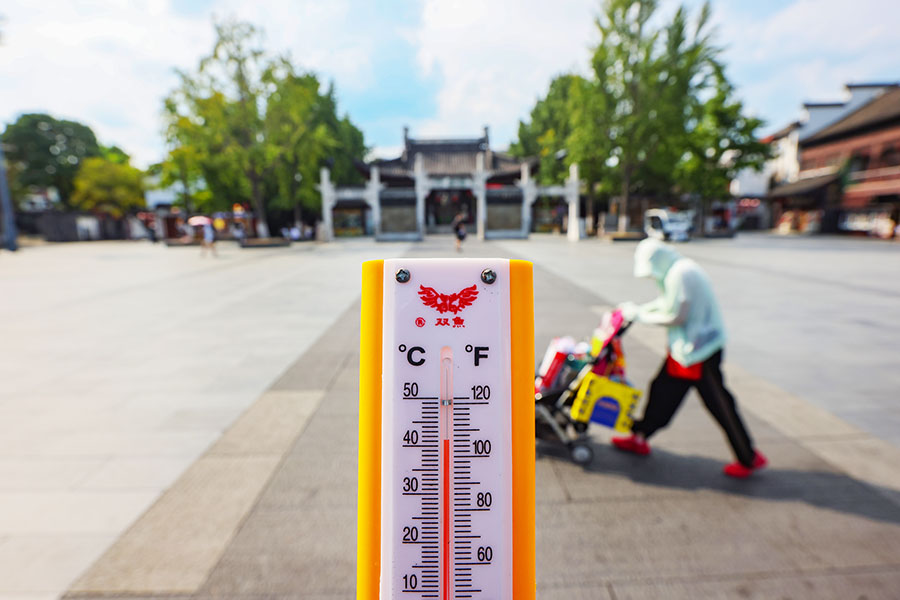 A thermometer displays 41 degrees Celsius amid a heatwave in this illustration photo on August 10, 2022, in Nanjing, Jiangsu Province of China. Image: Yang Bo/China News Service via Getty Images

The region relies on dams to generate 80 percent of its electricity, but rivers in the area have dried up this summer, Beijing's Water Resources Ministry said.
The province in China's southwest produces half the nation's lithium, used in batteries for electric vehicles, and its hydropower projects provide electricity to industrial hubs along the country's east coast.
But the local government has decided to prioritise residential power supply, ordering industrial users in 19 out of 21 cities in the province to suspend production until Saturday, according to a notice issued Sunday.
Several companies including aluminium producer Henan Zhongfu Industrial and fertiliser producers Sichuan Meifeng Chemical Industry said in stock exchange statements they were suspending production.
Also read: Forced labour found in China's lithium battery supply chain
A plant operated by Taiwanese giant and Apple supplier Foxconn in the province has also suspended production, Taipei's Central News Agency reported.
Some companies will be permitted to operate at a limited capacity, depending on their production needs.
"Sources estimate at least 1,200 tonnes of lithium output will be cut due to the operations disruptions in these five days," Susan Zou, an analyst at Rystad Energy, told AFP, adding the cost of lithium carbonate had jumped since Monday.
A summer of extreme weather in China has seen multiple major cities record their hottest days ever.
Also read: India: Life in a heatwave(s)
China's national observatory reissued a red alert for high temperatures on Monday, state media reported, as the mercury soared past 40 degrees Celsius (104 Fahrenheit) across swathes of the country.
Provinces including Zhejiang, Jiangsu and Anhui that rely on power from western China have also issued electricity curbs for industrial users to ensure homes had enough power, according to local media reports.
Scientists say extreme weather across the world has become more frequent due to climate change, and will likely grow more intense as global temperatures rise.