One result of rapid Arctic warming is faster melting of the Greenland ice sheet, which adds to sea-level rise. But the impacts extend far beyond the Arctic, reaching down to influence weather such as extreme rainfall and heat waves in North America and elsewhere 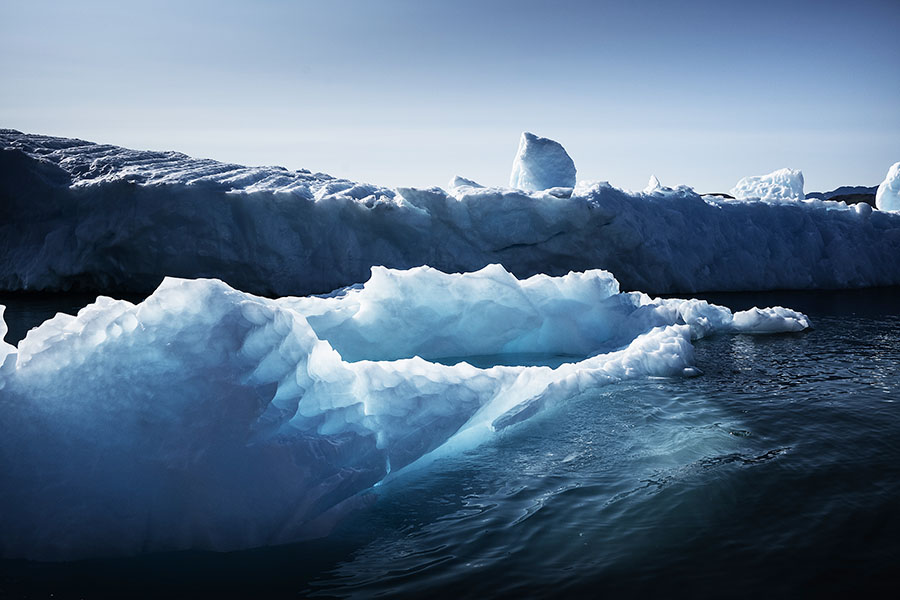 An iceberg near Narsaq, Greenland, on Aug. 23, 2021. The warming at the top of the globe, a sign of climate change, is happening much faster than previously described compared with the global average, scientists said on Thursday, Aug. 11, 2022. (Carsten Snejbjerg/The New York Times)

The rapid warming of the Arctic, a definitive sign of climate change, is occurring even faster than previously described, researchers in Finland said Thursday.

Over the past four decades, the region has been heating up four times faster than the global average, not the two to three times that has commonly been reported. And some parts of the region, notably the Barents Sea north of Norway and Russia, are warming up to seven times faster, they said.

One result of rapid Arctic warming is faster melting of the Greenland ice sheet, which adds to sea-level rise. But the impacts extend far beyond the Arctic, reaching down to influence weather such as extreme rainfall and heat waves in North America and elsewhere. By altering the temperature difference between the North Pole and the equator, the warming Arctic appears to have affected storm tracks and wind speed in North America.

Manvendra Dubey, an atmospheric scientist at Los Alamos National Laboratory, in New Mexico, and an author of an earlier study with similar findings, said the faster rate of warming of the Arctic was worrisome, and points to the need to closely monitor the region.

“One has to measure it much better, and all the time, because we are at the precipice of many tipping points,” like the complete loss of Arctic sea ice in summers, he said.

The two studies serve as a sharp reminder that humans continue to burn fossil fuels and pump greenhouse gases into the atmosphere at rates that are dangerously heating the planet and unleashing extreme weather.

If the rate of warming in the Arctic continues to speed up, the influence on weather could worsen, one of the researchers said. And projections of future climate impacts might need to be adjusted, said Mika Rantanen, a researcher at the Finnish Meteorological Institute in Helsinki.

Even as the U.S. Congress is on the cusp of passing historic climate legislation, the country is still far from its goal to stop adding carbon dioxide to the atmosphere by 2050. That’s the target all major economies must meet, scientists say, for the planet to constrain average global temperature rise to 1.5 degrees Celsius (2.7 degrees Fahrenheit) above preindustrial levels. Beyond that threshold, the likelihood increases significantly of catastrophic droughts, floods, wildfires and heat waves. The planet has already warmed an average of about 1.1 degrees Celsius.

Although scientists have long known that average temperatures in the Arctic are increasing faster than the rest of the planet, the rate has been a source of confusion. Studies and news accounts have estimated it is two to three times faster than the global average.

Rantanen said he and his colleagues decided to look at the issue in the summer of 2020, when intense heat waves in the Siberian Arctic drew a lot of attention.

“We were frustrated by the fact that there’s this saying that the Arctic is warming twice as fast as the globe,” he said. “But when you look at the data, you can easily see that it is close to four.”

Their study was published Thursday in the journal Communications Earth and Environment,

The findings are bolstered by the earlier study, by Dubey and others at LANL and elsewhere, which found similar rates of warming, though over a different time span.

The Arctic is heating more rapidly in large part because of a feedback loop in which warming melts sea ice in the region, which exposes more of the Arctic Ocean to sunlight and leads to more warming, which in turn leads to even more melting and warming. The result of this and other oceanic and atmospheric processes is called Arctic amplification.

How the rate of warming in the Arctic is described compared with the global average is related in part to the time period that is analyzed and how the region is defined.

The new analysis begins with data from 1979, when accurate temperature estimates from satellite sensors first became available. The researchers also defined the Arctic as the area north of the Arctic Circle, above about 66 degrees latitude.

Thomas Ballinger, a researcher at the University of Alaska Fairbanks, said how the region is defined “is a very, very relevant conversation for understanding Arctic change.” A bigger Arctic would include more land, reducing the impact of the ice-ocean feedback on average temperatures.

Ballinger said some of the findings in the Finnish study were especially interesting, including those showing very high rates of warming in the late 1980s and 1990s. “That really was when Arctic amplification rates were the strongest,” he said.

The earlier study, published last month in Geophysical Research Letters, looked at data from 1960 onward and defined a larger Arctic, north of 65 degrees latitude, which includes more land. It found that the rate of warming reached four times the global average starting about 20 years ago. And unlike the Finnish study, it found that there were two decadelong periods — from the mid-1980s to the mid-1990s, and in the 2000s — with large jumps in warming in the region.

“It doesn’t change continuously; it changes in steps,” Dubey said. And because the data spanned decadelong periods, they suggest a connection to natural climate variability, as well as warming resulting from increased emissions of greenhouse gases from human activity.

Rantanen said his group’s results also point to a role played by natural variability in the rate of warming, perhaps some long-term changes in ocean or atmospheric circulation.

But clearly, the interaction between water temperature and ice is most important, he said, especially in areas such as the Barents Sea where the warming rate is even higher.

“The warming trends are quite strongly coupled with the decline of sea ice,” he said. “They’re most highest over those areas where the sea ice has been declining the most. That’s the primary reason.”

Tweets by @forbesindia
India at 75: Why minorities are sleepless and feeling insecure
Brewtiful: Heineken's limited-edition sneakers have beer-filled soles