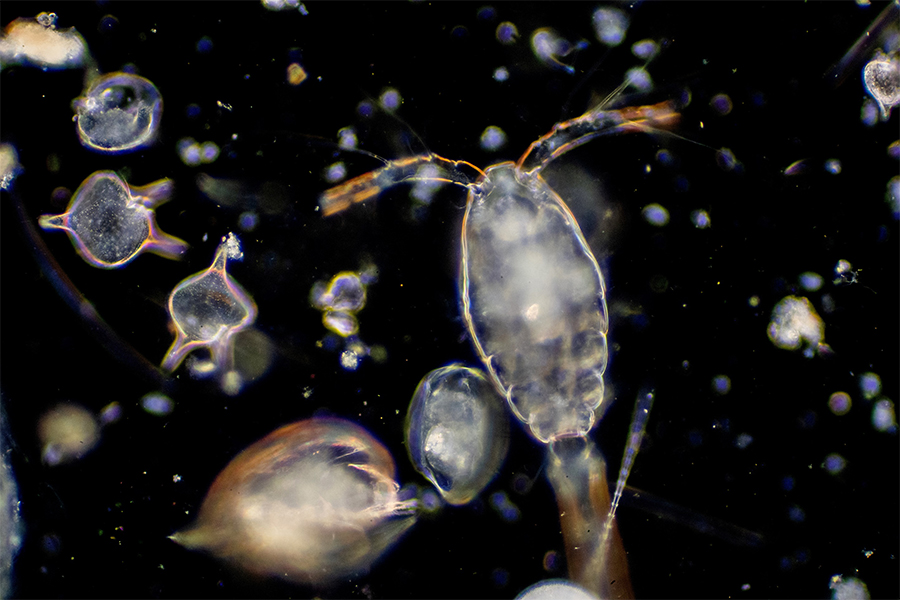 Ocean waters are home to a huge array of RNA virus species, and incredibly, some of them may in fact help store carbon on the ocean floor.

This surprising discovery was made by American scientists from Ohio State University who published their findings in the journal Science. The researchers conducted an in-depth analysis of no less than 5,500 marine RNA virus species.

By closely observing their genes and functions in the ocean ecosystem, the authors of the work found that these tiny particles could contribute to the absorption of carbon from the atmosphere and its long-term storage on the ocean floor.

According to the researchers, these viruses "could tune toward a more digestible carbon, which allows the system to grow, produce bigger and bigger cells, and sink. And if it sinks, we gain another few hundred or a thousand years from the worst effects of climate change," says scientist Matthew Sullivan, who led the study.

The authors of the work developed computational techniques to obtain information about RNA virus functions and hosts from genome fragments. Further analysis identified 1,243 species of RNA viruses related to carbon export. Eleven of these appeared to play a role in driving carbon export towards the seafloor. Two of these viruses with hosts in the algae family were singled out.

"The findings are important for model development and predicting what is happening with carbon in the correct direction and at the correct magnitude," outlined Ahmed Zayed, a researcher in microbiology at The Ohio State University and the study's co-first author.

Also read: The Great Barrier Reef is dying, here's why

The study made note of a significant presence of marine RNA viruses in the Arctic and Antarctic oceans. This is a phenomenon that the research team had not anticipated, given that biodiversity is generally denser and more varied in tropical regions than in polar zones. "When it comes to diversity, viruses don't care about temperature," commented Zayed.

These RNA viruses were detected in plankton samples collected by the "Tara Oceans Consortium," an ongoing global study to measure the impact of climate change on the ocean.

Tweets by @forbesindia
Eavesdropping on the secret lives of dolphins in New York Harbour
Crypto market crash: Why Ethereum and Bitcoin see a dip in valuation