ECB's Lagarde 'concerned' about crypto use to dodge Russia sanctions

Crypto assets are being used "to circumvent the sanctions that have been decided by many countries around the world against Russia and a particular and specific number of players," Lagarde told an online banking forum 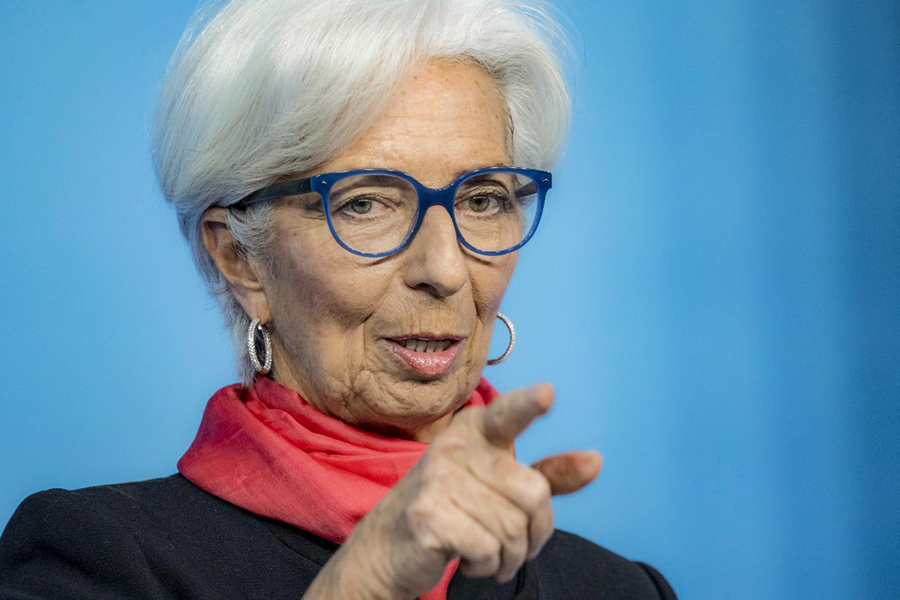 Germany: European Central Bank chief Christine Lagarde spoke of her concern Tuesday that cryptocurrencies were being used as a loophole to avoid sanctions against Russia over the war in Ukraine.
Lagarde said she was "most concerned" about the high volume of rubles being converted into crypto assets since Russia was hit with a barrage of financial sanctions over last month's invasion of Ukraine.
Crypto assets are being used "to circumvent the sanctions that have been decided by many countries around the world against Russia and a particular and specific number of players," Lagarde told an online banking forum.
"Here in Europe, we have taken steps to clearly signal to all those who are exchanging, transacting, offering services in relation to crypto assets that they are being accomplices," she added.

Western sanctions have included cutting selected Russian banks from the SWIFT messaging system, rendering them isolated from the rest of the world.
Measures that prohibit transactions with Russia's central bank have also plunged the country's economy into turmoil.
As a result, Russians have flocked to cryptocurrencies like bitcoin and tether that operate on a decentralised network, outside the official banking system.
This in turn prompted the European Union to issue a statement earlier this month stressing that crypto assets were also included in the sanctions.
Lagarde and other central bankers around the world have long been critical of unregulated cryptocurrencies, which are highly volatile and could leave investors exposed to heavy losses.
To counter the rise of crypto and respond to the growing shift towards cashless payments, the ECB is studying the creation of a "digital euro".
The so-called central bank digital currency (CBDC) would be an electronic version of euro notes and coins and would for the first time allow individuals and companies to have deposits directly with the ECB.
© Agence France-Presse