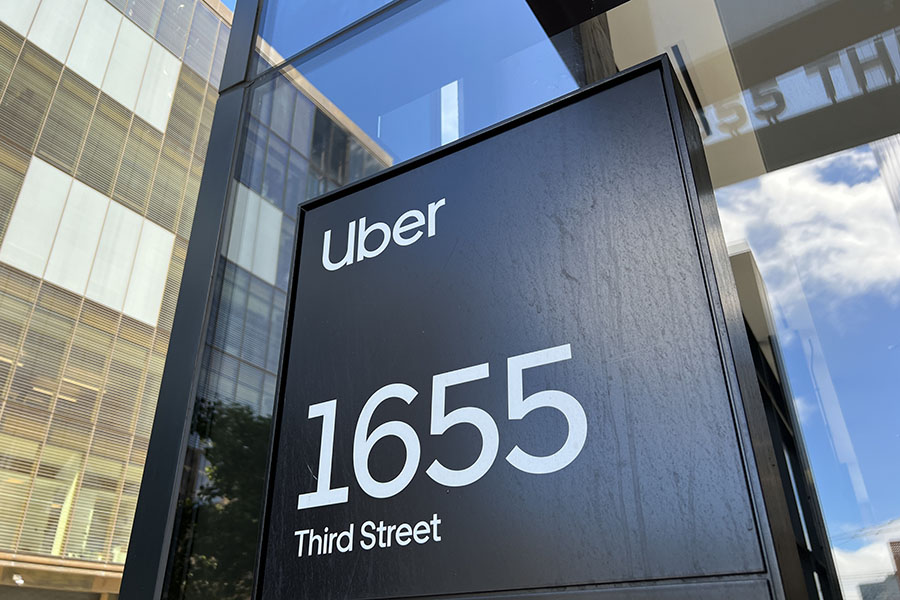 San Francisco, United States: A jury on Wednesday found Uber's former security chief guilty of federal crimes for covering up a massive hack that compromised personal information of users and drivers, according to US media reports.
Joseph Sullivan was found guilty of obstructing the work of the Federal Trade Commission and of failing to let authorities know about a crime when he hid a 2016 hack instead of reporting it, according to news outlets.
Sullivan could be sentenced to prison time.
Sullivan sought to pay off the hackers by funneling money through a "bug bounty" program that rewards developers for revealing security vulnerabilities without doing any harm, according to the criminal complaint.

Uber paid the hackers $100,000 in bitcoin cryptocurrency in December 2016, and Sullivan wanted them to sign non-disclosure agreements promising to keep mum about the affair, prosecutors said.
Sullivan was Uber chief security officer from April 2015 to November 2017.
The criminal complaint maintains that Sullivan deceived Uber's new chief executive Dara Khosrowshahi, appointed in mid-2017 to replace Travis Kalanick, about the breach.
"Silicon Valley is not the Wild West," US Attorney David Anderson for the Northern District of California said in a statement when the charges were filed.
"We will not tolerate corporate cover-ups. We will not tolerate illegal hush money payments."
Two members of the Uber information security team who "led the response" that included not alerting users about the data breach were let go from the San Francisco-based company, according to Khosrowshahi.
The Uber chief said he had learned that outsiders broke into a cloud-based server used by the company for data and downloaded a significant amount of information.
Also read: As an ex-Uber executive heads to trial, the information security community reels
Stolen files included names, email addresses and mobile phone numbers for millions of riders, and the names and driver license information of some 600,000 drivers, according to Uber.
Co-founder and ousted chief Kalanick was advised of the breach shortly after it was discovered, but it was not made public until Khosrowshahi learned of the incident, according to an AFP source.
Uber did not respond to a request for comment on the verdict.
Casey Ellis, founder and CTO at Bugcrowd, a San Francisco-based leader in crowd-sourced cybersecurity, said, "It's a significant precedent that has already sent shockwaves through the CISO (chief information security officer) community."
"It highlights the personal liability involved in being a CISO in a dynamic policy, legal, and attacker environment."
© Agence France-Presse

Tweets by @forbesindia
The censor cannot hold: Inside the pressure of controlling China's internet
Fitch lowers outlook for UK rating from 'stable' to 'negative'