MacGann led Uber's lobbying efforts in Europe, Africa and the Middle East between 2014 and 2016, and told The Guardian he decided to speak out because he believed Uber broke the law in dozens of countries and misled people about the company's business model 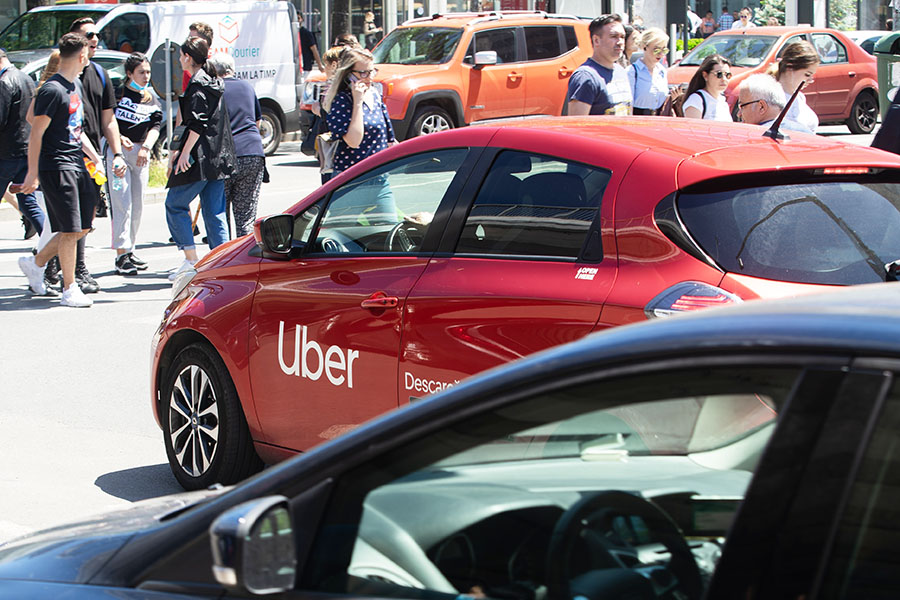 Uber has become a symbol of the "gig economy" of odd-jobs enabled by tech giants. Image: Shutterstock

London, United Kingdom: Lobbyist Mark MacGann on Monday came out as the whistleblower who leaked thousands of compromising documents on US ride-hailing firm Uber to British newspaper The Guardian.
MacGann led Uber's lobbying efforts in Europe, Africa and the Middle East between 2014 and 2016. He told the British daily he decided to speak out because he believed Uber broke the law in dozens of countries and misled people about the company's business model.
"I was the one talking to governments, I was the one pushing this with the media, I was the one telling people that they should change the rules because drivers were going to benefit and people were going to get so much economic opportunity," the 52-year-old said in an interview with The Guardian.
"When that turned out not to be the case—we had actually sold people a lie—how can you have a clear conscience if you don't stand up and own your contribution to how people are being treated today?"

Uber, which has become a symbol of the "gig economy" of odd-jobs enabled by tech giants, has had the mechanics of its rapid expansion laid bare since Sunday following the leak of a vast trove of documents.
Journalists supplied with the sensitive information have accused the company of having "broken the law" and using aggressive tactics to establish itself in the face of opposition from politicians and taxi companies.
Uber said MacGann was "in no position to speak credibly" about the company now.
The firm added that it was "noteworthy" that MacGann only blew the whistle after he received 585,000 euros ($588,000) following a lawsuit over a bonus he said Uber owed him.
The Guardian has shared with the International Consortium of Investigative Journalists (ICIJ) some 124,000 documents, dating from 2013 to 2017, including emails and messages from Uber executives at the time, as well as presentations, notes and invoices.
On Sunday, several news organisations, including the Washington Post, Le Monde and the BBC, published their first articles from the Uber Files.
Uber denied all the accusations against it, including obstructing justice, saying it had changed since the departure of former boss Travis Kalanick, who was accused of creating a toxic workplace culture.

The firm has been embroiled in scandals involving harassment, piracy, industrial spying and legal battles since its creation in 2010.
Le Monde focused particularly on the links between Uber and French President Emmanuel Macron, who is accused of negotiating with the firm a "secret deal" on regulation when he was economy minister between 2014 and 2016.
Macron allegedly held undeclared meetings with Uber executives and helped it consolidate its position in France at a time when it was upending the traditional taxi market.
Irish-born MacGann told The Guardian that the ease with which Uber gained access to the powerful in countries including Britain, France and Russia was "intoxicating" but also "deeply unfair" and "anti-democratic".
MacGann has also accused Uber of adopting a confrontational strategy towards the taxi industry under Kalanick that personally exposed him in France and Spain.
He said he received death threats and Uber provided him with a bodyguard, adding that the experience had consequences on his mental health and contributed to a diagnosis of post-traumatic stress disorder.
© Agence France-Presse