High-profile nominees on the six-strong shortlist, which was unveiled at the London Book Fair on Thursday, include Mieko Kawakami, the star Japanese author best known for "Breasts and Eggs," and Claudia Piñeiro, the Argentine crime writer 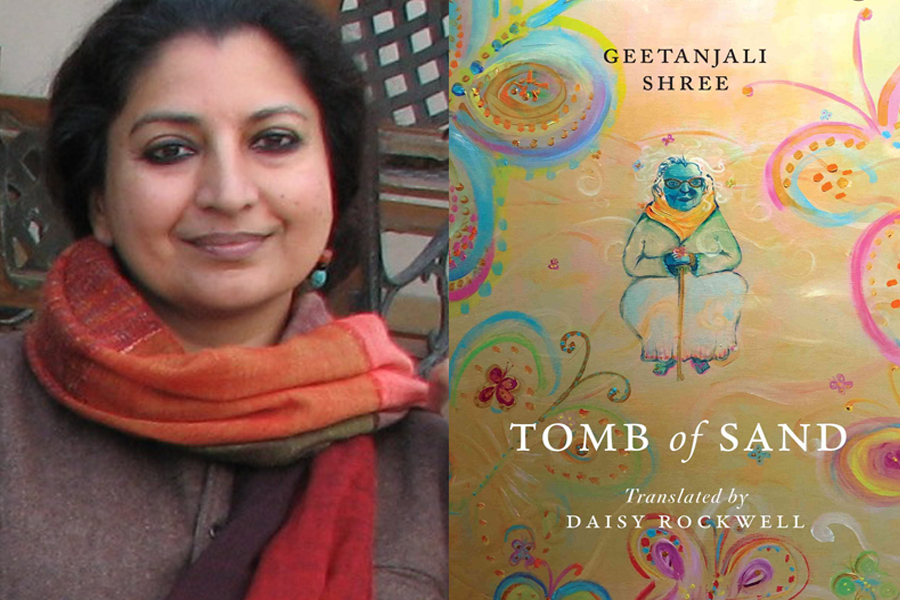 Geetanjali Shree’s “Tomb of Sand,” translated from Hindi by Daisy Rockwell, which follows an 80-year-old Indian woman’s journey to Pakistan after her husband’s death

Tokarczuk is nominated for “The Books of Jacob,” along with translator Jennifer Croft, just four years after the pair won the same prize for “Flights.”

Other high-profile nominees on the six-strong shortlist, which was unveiled at the London Book Fair on Thursday, include Mieko Kawakami, the star Japanese author best known for “Breasts and Eggs,” and Claudia Piñeiro, the Argentine crime writer.

Tokarczuk’s “The Books of Jacob” tells the story of Jacob Frank, a self-proclaimed messiah who wanders around 18th-century Europe, acolytes in tow. When the Swedish Academy awarded Tokarczuk the Nobel Prize in literature in 2019, they called “The Books of Jacob” her “magnum opus.”

Originally published in Poland in 2014, the almost 1,000-page-long novel has received rave reviews in the United States since the English translation was published this year. Dwight Garner, in a review for The New York Times, called it “Chaucerian in its brio.” The book is “an unruly, overwhelming, vastly eccentric novel” that is “sophisticated and ribald and brimming with folk wit,” he added.

Kawakami is nominated for “Heaven,” a novel about a relentlessly bullied 14-year-old, translated from Japanese by Samuel Bett and David Boyd. Nadja Spiegelman, in a review for The New York Times, said the book’s bullying scenes are “so lucid you can almost feel the pain yourself.”

Piñeiro’s shortlisted book is “Elena Knows,” about a grief-stricken mother who turns detective to investigate her daughter’s apparent suicide. Kathleen Rooney, in a review for The New York Times, said that the novel, translated from Spanish by Frances Riddle, may at first glance seem like “a tight and terse mystery.” But, she said, “it’s also a piercing commentary on mother-daughter relationships, the indignity of bureaucracy, the burdens of caregiving and the impositions of religious dogma on women.”

The other shortlisted titles are:

— “A New Name: Septology VI-VII,” by Jon Fosse, a Norwegian writer and playwright who is a star in his own country. Translated by Damion Searls, the novel is the last in a series and follows a highly religious artist in the moments before his death.

— “Cursed Bunny,” a short story collection by Korean writer Bora Chung. Translated by Anton Hur, it combines elements of horror and science fiction to critique capitalism. Frank Wynne, the chair of the judging panel for this year’s prize, said in an online news conference that the collection was “somewhere between David Lynch and the early body horror of David Cronenberg.”

— Geetanjali Shree’s “Tomb of Sand,” translated from Hindi by Daisy Rockwell, which follows an 80-year-old Indian woman’s journey to Pakistan after her husband’s death. Wynne said the novel’s premise may sound depressing, but the book “was anything but.” It was filled with humor that must have made it very difficult to translate, he added.

The winner of this year’s prize will be announced May 26 at a ceremony in London.

Tweets by @forbesindia
Photo Of The Day: Is it for children?
Purpose cannot be seasonal: Sharat Verma of P&G India