The Frankfurt book fair, the world's largest, opens its doors to a publishing industry in robust health after the pandemic boosted reading —but supply chain concerns threaten to dampen the mood 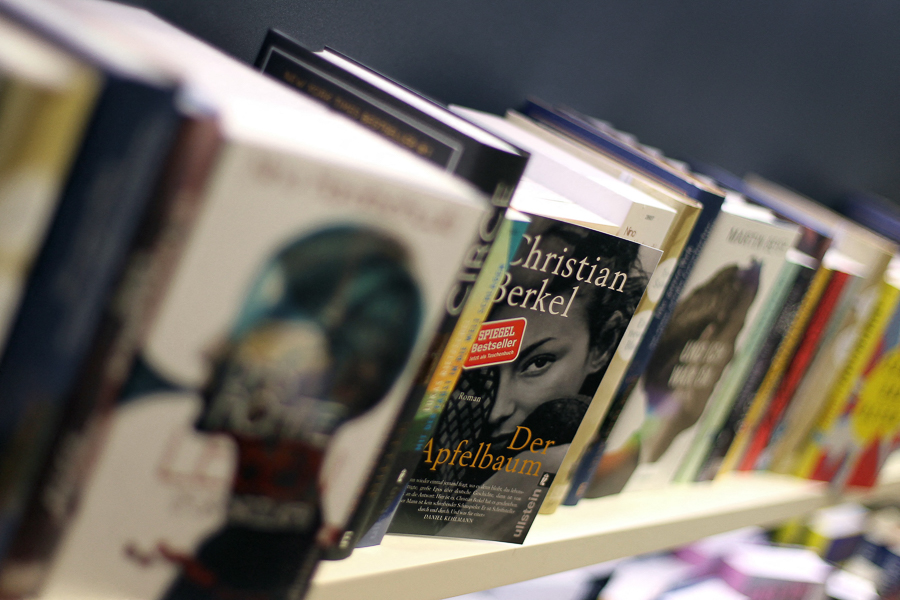 The Frankfurt book fair, the world's largest, opens its doors to a publishing industry in robust health after the pandemic boosted reading
Image: Daniel Roland / AFP

The Frankfurt book fair, the world's largest, opens its doors to a publishing industry in robust health after the pandemic boosted reading —but supply chain concerns threaten to dampen the mood.

After going almost fully digital in 2020 to curb the coronavirus spread, this year's fair is returning as an in-person event but will still be a more muted version of past editions.

"Back to business does not mean back to normal," fair director Juergen Boos said at the opening press ceremony on Tuesday, adding that the event nevertheless offered a chance for the industry to "reconnect".

It comes as the book business has been "doing pretty well over the past 18 months", according to Boos, with people in many countries using the slower pace of life during lockdown to read more—adolescents especially.

In the United States, printed book sales rose by more than eight percent in 2020 to record their best year in a decade, according to the NPD research group.

Growth was driven by teen categories but also adult non-fiction, as people turned to cookbooks and DIY books to pass the time at home.

"The book industry has passed the Covid stress test," said Karin Schmidt-Friderichs, chairwoman of the German Publishers and Booksellers Association.

"Books can fulfil important needs in challenging times," she said. "They provide answers to questions... can offer food for thought, give courage and hope."

The fair, which opens to trade visitors first before welcoming the general public later in the week, runs until Sunday.

The kick-off was immediately marred by controversy, however, after Germany's Jasmina Kuhnke, a black author and anti-racism activist, cancelled her planned appearance.

She said she was protesting the presence of a far-right publisher at the fair, after receiving threats from the far-right scene.

But Boos defended the decision to give a platform to right-wing publishing companies.

"We don't have to like it, but it has to be possible because freedom of expression, freedom to publish are the highest good to us."

Despite weathering the pandemic well, the news for the publishing industry isn't all good.

The book trade, with global revenues of around $100 billion annually, isn't immune to the worldwide shortages of raw materials and supply chain disruptions roiling economies as countries rebound from the coronavirus downturn.

"I fear that this Christmas people cannot be sure of getting any book they want at short notice," Jonathan Beck, head of renowned German publishing house C.H. Beck, told the Handelsblatt financial daily. He also warned that books could become more expensive.

This week's Frankfurt gathering is the latest example of trade fairs stirring back to life, and comes after the German city of Munich welcomed 400,000 visitors to the IAA auto show in September.

Daily visitor numbers are capped at 25,000 and Frankfurt fairgoers must wear masks and show proof of vaccination, recovery from Covid or a negative test.

Uncertainty about travel restrictions and virus concerns are keeping many large publishing houses and big-name writers away, particularly from the US, Asia and South America.

Canadian authors including Michel Jean, Dany Laferriere and Michael Crummey will be among those joining in person, as part of the Canada's role as guest of honour.

But the nation's star author Margaret Atwood of "The Handmaid's Tale" fame, a Frankfurt regular in recent years, will only be appearing via video link.

Tweets by @forbesindia
Photo of the day: Fear in the valley
Abbey Road Studios to celebrate 90 years with an anniversary festival