Dillon Helbig: An eight-year-old boy, the author of the moment in the US 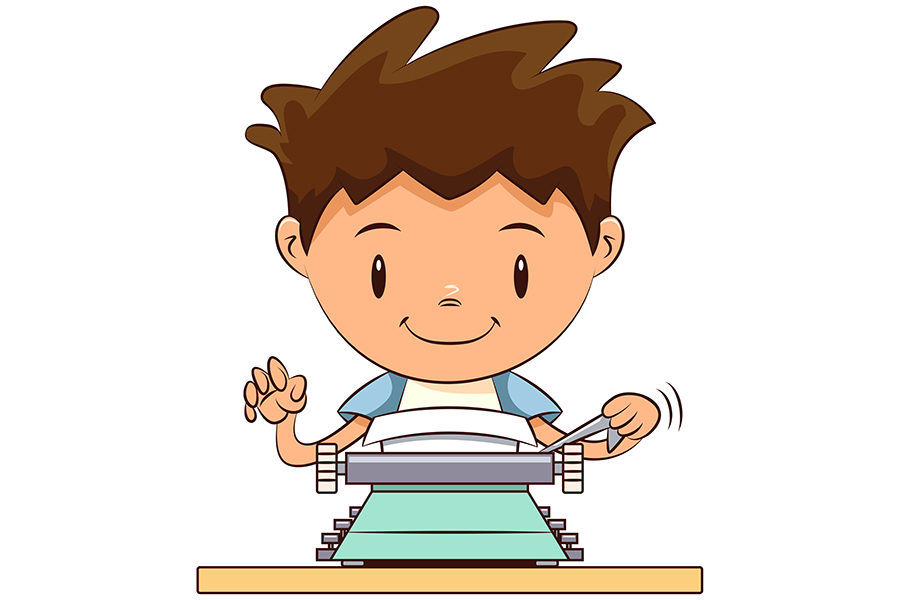 An American boy of eight could become one of the youngest authors ever published with a book he snuck onto library shelves.
Image: Shutterstock

In the United States, one book has recently become an unexpected success. But rather than being penned by a best-selling author like James Patterson, it was written by an eight-year-old American boy called Dillon Helbig. His first literary offering is an 81-page illustrated tome that he wrote in four days.

Its title is "The Adventures of Dillon Helbig's Crismis," and the young, budding writer has used the pen name "Dillon His Self." In his book, he recounts how he is transported back in time to the first Thanksgiving in the United States after a light on his Christmas tree explodes.

Dillon Helbig used an unconventional method of getting his work out into the world. Back in December, he discreetly placed it among the fiction books at the Ada Public Library in Boise, Idaho. A ruse that he confessed to his parents once he returned home.

His mother, Susan Helbig, quickly contacted the library to retrieve the book, but the librarians decided to keep it to add to their collection. "It deserves a spot on our library shelves," Alex Hartman, the library's director, told The New York Times. "It's a good story."

This daring gamble has paid off, as by the end of January, 56 people were on the waiting list to borrow the book. Since the institution has a one-month loan policy, the last reader on the list will have to wait a year to discover the exciting tale of "The Adventures of Dillon Helbig's Crismis."

The local press quickly picked up on Dillon Helbig's first literary success story. The Idaho Press and the KTVB network both ran stories on the young author, in turn inspiring his peers to get into writing. So much so that the Ada Public Library is planning to hold children's writing workshops with Dillon and novelist Cristianne Lane, also from Boise.

But that's not all. According to the New York Times, several publishing houses have already approached Dillon Helbig and his parents about publishing "The Adventures of Dillon Helbig's Crismis." As such, he could become one of the youngest authors ever published, along with his compatriot Dorothy Straight. She was just four years old when her book "How the World Began" was published in August 1964 by Pantheon Books.

Now, Dillon Helbig is already working on a sequel to his first hit book. According to the Washington Post, he is writing another adventure story. This time, it will be about a jacket-eating closet and, best of all, it's a story based on real events.