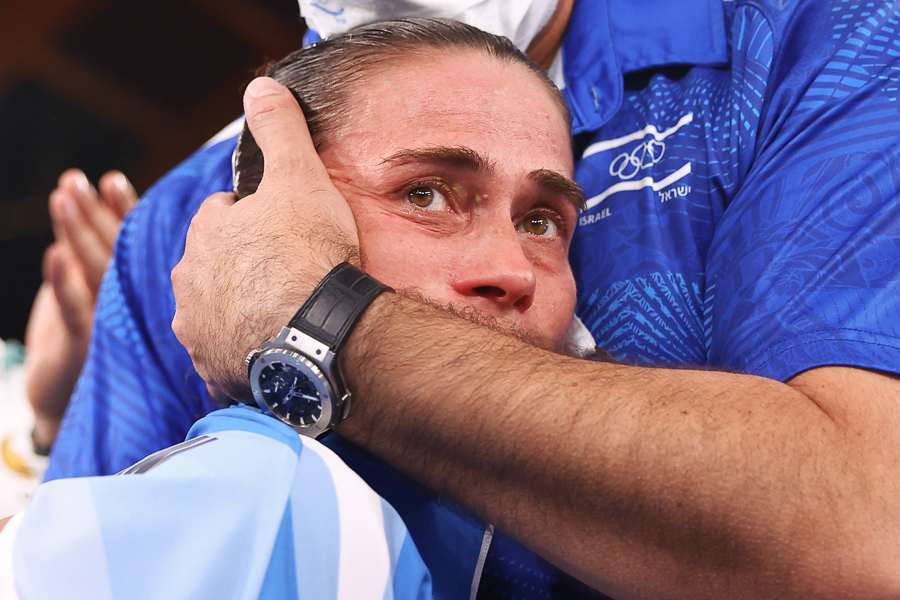 Uzbek gymnast Oksana Chusovitina is embraced by physiotherapist Orabi Bader after her performance on the vault at Ariake Gymnastics Centre, Tokyo​. At 46, Chusovitina has defied all odds to compete at her eighth Olympic Games in Tokyo and has participated in every Olympics since 1992 representing the Soviet Union, Germany, and Uzbekistan.  She bid a tearful farewell after failing to make the cut for the vault final.