Why Gay Employees Need To Come Out

Parmesh Shahani recounts the small changes that are happening in the Indian workplace. But this change in mindsets needs one prerequisite: Gay employees need to come out 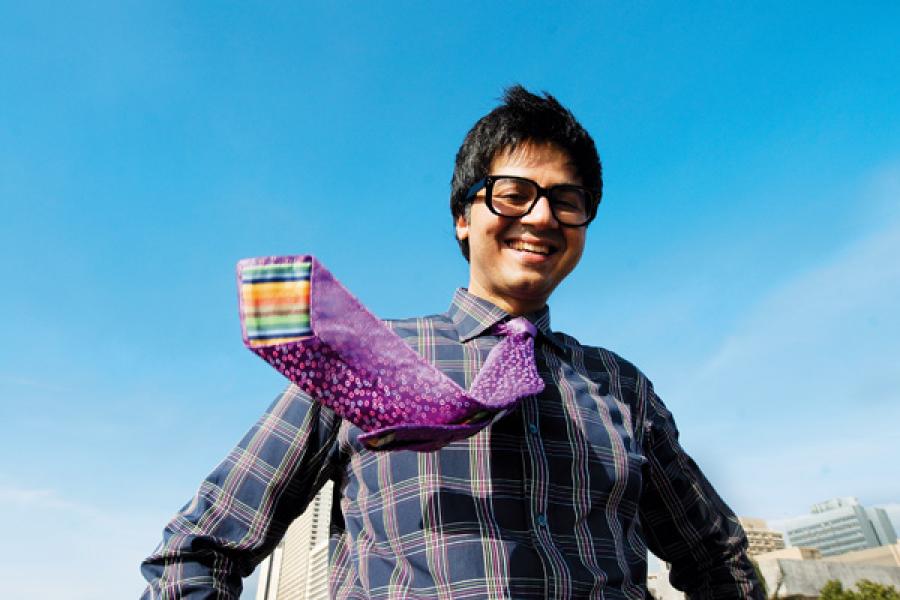 One cold spring evening in March 2006, I was having dinner with Anand Mahindra at the highly rated Tamarind Bay restaurant in Harvard Square. I had sought Anand’s advice about whether I should stay on at MIT, helping run the think tank I had co-founded as a graduate student the year before, or return to India, and put my newly-minted master’s degree to use in the “real world”. If I decided to return, he told me, the Mahindra group would be happy to have me.

The offer took me by surprise, which is perhaps why, without thinking too much, I responded that I would love the opportunity, but was wondering if Mahindra had a diversity policy that included LGBT as a category and more specifically, if my then partner would be offered spousal benefits. Anand’s answer was short and simple. He told me that there wasn’t any specific policy that addressed LGBT issues but were I to join the group, I should be assured that I wouldn’t be treated any differently from other employees. This assurance was a key factor in making me return to India and join Mahindra & Mahindra and it has also ensured that I will be a lifelong ambassador for the company, even though I may not be working there any more.

I would certainly never have had the courage to articulate these concerns to any employer before I left India for Boston. In the different jobs that I had held previously, I was deeply closeted and lived in fear of being outed. I remember that at Sony Entertainment Television, when I first encountered a gay colleague, I tried very hard to pretend that I was straight, and when that failed, I swore him to secrecy to not reveal “the secret” to anyone else.
When I was a writer at Elle magazine, my then magazine editor had assigned me a feature on the changing gay scene in Bombay, with a smile. This had irked me no end. Why me? Did she suspect anything? I had a persecution complex and simply denied being gay.
Going to Boston and living freely and openly as a gay person for the first time in my life was a liberating experience. I witnessed history firsthand as Massachusetts became the first US state to allow gay marriage during my stay. This feeling of freedom inspired me to organise a university-funded South Asian LGBT film festival and also work on contemporary Indian sexuality as my master’s thesis, which would eventually be published as a book.

Being gay was such a non-issue in Boston and the matter-of-fact manner in which my then boyfriend and I applied for joint health insurance at MIT, or as co-tenants in a rental apartment meant that by the time the Anand conversation took place in Harvard Square, enquiring about equal rights in the context of a job offer seemed almost natural.

My decision to be open about my sexuality within the Mahindra group, on my return to India, stemmed from the confidence that the head of the group respected me for my professional skills and didn’t discriminate against me based on my personal life. In July 2009, the Delhi High Court in a landmark verdict, decriminalised same-sex relationships between consenting adults, which meant that it was finally legal to be gay in India. Post this verdict there have been companies that have come out with diversity policies that address LGBT issues, but I think we should acknowledge progressive companies like Mahindra for their commitment to employee equality even before the court decision.

There are two main reasons for the Indian corporate world to become more LGBT-friendly. It makes good business sense since LGBT people are customers and don’t like buying products or services from companies that discriminate against them. More importantly, LGBT people are talent to be pursued and they don’t like working with companies that discriminate. This is why I am happy that the rubric under which the Indian corporate world is looking at LGBT employees is “diversity and inclusion” — this framework actually reflects the wordings of the 2009 Delhi High Court judgement perfectly. 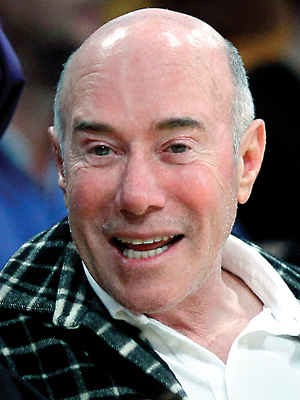 Image: Lucy Nicholson/ Reuters
David Geffen, A US Media Mogul
Consider this excerpt from the judgement: “If there is one constitutional tenet that can be said to be underlying theme of the Indian Constitution, it is that of ‘inclusiveness’. This court believes that Indian Constitution reflects this value deeply ingrained in Indian society, nurtured over several generations. The inclusiveness that Indian society traditionally displayed, literally in every aspect of life, is manifest in recognising a role in society for everyone.” These are powerful words and I am glad to see corporate India activating the spirit of this judgement through a change in HR policies and practices.

The past two years in particular have seen rapid change. I would never have imagined in July 2009 that by 2011, I would be sitting at the Google office in Bangalore, giving a talk to the Indian Gayglers, or discussing a diversity policy at my current employer Godrej, with team members who all agreed that sexual orientation should appear as a category under which discrimination cannot take place. Or that I would attend a Pride march with my straight Godrej colleagues, who had brought along their families as a sign of support.

I’m not pretending that the Indian workplace has suddenly become rainbow hued. Far from it! I know of individuals who’ve been fired from their jobs after their sexual orientation has been revealed. I know of bosses who make snide comments about their LGBT juniors, enough to make them want to quit. And I know of cases where job offers have been made, but withdrawn after the company has come to know that the candidate is gay.

But there are also loads of offices where when straight colleagues talk about what they did on the weekend with their wives and husbands, the gay colleagues join in equally vocally and without any gender substitution in their pronoun choices. I have friends who display their partner’s pictures on their tables at work. And this seems to be a universal phenomenon globally: The moment your colleagues (of either gender) come to know that you are gay, they come to you for fashion advice! Indeed, the small change that is happening in the Indian workplace with regard to LGBT issues is as much a result of small daily interactions as it is of the rewriting of HR policies.

This change in mindsets needs one prerequisite, which is that gay employees need to come out and identify themselves. What is the point of having gay employee resource groups if no one is willing to state that he or she is gay? What is the point of thinking of partner/same sex spousal benefits if there will be no one to claim them? Even in companies that have progressive HR departments, there are still very few out people, and this to me, is a
huge problem.

I think that the root of the problem is that there are many high-level corporate executives who continue to remain in the closet. Coming out will not change a thing for them. Their promotions don’t depend on this secrecy. They won’t be judged if they come out. If at all, it will be a relief to everyone around them as their preferences are often open secrets. But what they would do by coming out is become role models for other LGBT people in corporate India, struggling with issues about their sexuality and lacking the confidence to be themselves in the workplace.

In the US, Apple’s COO Tim Cook, who topped Out magazine’s 2011 list of the most powerful LGBT men and women in America, or media mogul David Geffen are an inspiration to those at lower levels in the corporate hierarchy. We need similar gay role models in India. I consider myself lucky — I had the chance to go to America to gain my confidence and I also found supportive corporate allies — but the next generation of corporate gay India shouldn’t have to rely on luck. Along with progressive HR policies, I’d also like for them to have some desi gay role models. Any takers?

TED Fellow Parmesh Shahani heads the India Culture Lab and also serves as the Editor-at-Large of Verve magazine. He is the author of the non-fiction book Gay Bombay: Globalization, Love and (Be) Longing in Contemporary India (Sage Publications: 2008).

Tweets by @forbesindia
Over The Rainbow: How Inclusive Are Our Work Places?
World’s Youngest Nations