Call of the Ashram

I had been travelling around India, exploring our cultural heritage; but I found myself being drawn not to places of artistic or historic interest, but to those located on a more spiritual map, though it was hard for me to define what exactly ‘spiritual’ was at the time. They were sites of pilgrimage, real places that the senses could grasp, real communities of real people living together. Places that beckoned from a strange conjuncture of the physical and metaphysical.

The call took me to the Ramanasramam in Tiruvannamalai, though it was not on my itinerary. I vividly remember the first sight of the place. Its open gates, its greenery, its peace, held out a promise that only asked me to collect on it. I realised I was there to receive, a task I found both more daunting and more satisfying than the more usual calls to acquire or achieve have ever been. 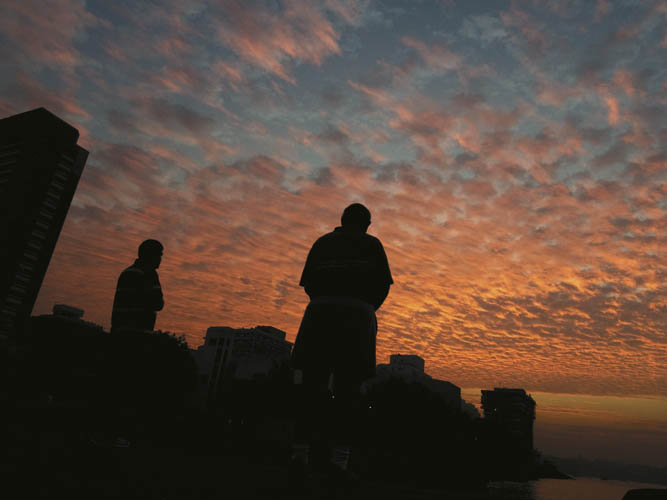 Image: Vikas Khot
"For heart and mind accustomed to the pace and ambition of the city, this slowness, nothingness,emptiness was a relief"
I consciously followed a routine when I was in Tiruvannamalai, one which so­othed me, revealed how frayed and jangled my nerves had been, and perhaps mostly are in daily life. Like the more experienced spiritual junkies, I sat in the cool, clean and tranquil meditation hall of the ashram for long hours, did my rounds of the shrine of Sri Bhagavan, browsed through the ashram bookshop, walked clockwise round the 14 kilometre base of the holy mount Arunachala, ate in the usual cafes — and surreptitiously looked for company among the hordes of spiritual seekers.
Over long hours in the meditation hall I experienced what I could only term the ‘energy there.’ People came and went; they sat just as long as I did, or longer, or they read a book, or chanted a song to Ramana which resounded sweetly within the walls. For a heart and mind accustomed to the pace and ambition of the city, this slowness, nothingness, emptiness was a relief. I chanted to myself the lines of an Eliot poem I dimly remembered: I’m not here to verify, instruct myself, inform curiosity, or carry report; I’m here to kneel, where prayer has been valid.
In the same spirit, I went on the four-hour-long walk around the holy mountain. Not barefoot, like the pilgrims atoning for the past or purifying their minds — my devotion and courage weren’t strong enough — I went in my sandals.
The road is sprinkled with tea and coffee shops, for rest and refreshment; but there is an ever-present deep silence, that, somewhere in the second or third hour of walking, finally draws you into itself, intimately explaining the meaning of a ‘pilgrimage.’

The word ‘ashram’ looks close to ashray — refuge or shelter — but is actually more deeply related to shram — work, toil, austerities. (The four stages or ashrams of life refer to the duties, the shrams, enjoined upon us at each stage.) The word once had associations with monks and monkhood, a community involved in spiritual penances. Peculiar, then, that an institution that symbolises austerity should be such an attraction for those in the thrall of our age of excess. We, who have everything, who are encouraged to equip ourselves with even more, how does the ashram fit into our economy?
Do we seek more spiritual growth, more personal evolution, a more spiritual model of acquisition? Yes. But there is also the pull of contrasts, of the crest for the trough, of the everything for the nothing.

An interesting interpretation of the ashram is Pune’s Osho Meditation Resort. They check you for HIV/AIDS at the gates, charge a hefty one-time registration fee (at the time of writing, an un-ashram-like Rs. 1,000-1,500), and a considerable daily admission fee for the meditations and other ‘facilities.’ Perhaps that’s why it rechristened itself several years ago, though it is still the Osho Ashram to most. It has all the trappings of a modern resort: A swimming pool, tennis courts, jacuzzi and a state-of-the-art guest house with steep room charges (up to $100 per night in season). At first glance, people seem more like members of an exclusive club rather than devotees in an ashram, and the free sex rumours have not quite died down. And yet, even as you, in fancy robes, hang out at the chic German Bakery, the word ‘ashram’ refuses to entirely evaporate; there is the persistent hint that there is something more on offer here than a relaxed good time.

There are dance sessions, musical performances, other celebratory, social events. But the meditations, all day long, beginning at five in the morning, provide the pull toward something inward. Perhaps it is the toughest kind of ashram to be in; its socialising, good food and easy chatter make it so easy to reproduce just the pattern one might have come here to forget, or to put aside, and instead lead to the quest for cooler and more hip forms of spirituality.

Which way it goes — resort, parties and fun or a quiet sanctuary within oneself — depends on you. The meditations, almost hidden away beneath the resort trappings, encouraging you to dance with yourself, forgetting to look or be looked at, careless of the immediate environment, in the darkness of having lost all social contact, lost in the terrifying vacuum of the self without an image, sway the balance.
The idea of retreat and refuge, though not etymologically connected, is one of the ashram’s great attractions. What do we retreat from? Traditionally, it was domestic life, which kept us trapped in humdrum activities, mundane things. In today’s urban scenario, we seek to retreat from work, city-life, traffic, pollution, competition and stress. More usually, we seek picture-postcard vacations; occasionally, though, when more frazzled than usual, the mind will look deeper. 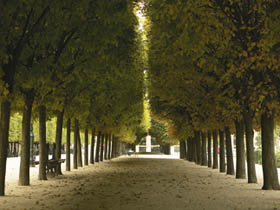 Tweets by @forbesindia
Unlike the Americans, We Don't Believe the Whole World is Ours
And Gates Said, Let There Be Word