How To Lead Clever People 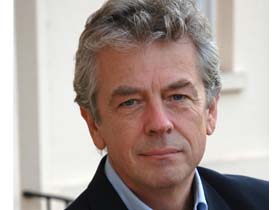 Your latest book is about ‘clever people’ and the challenges involved in leading them. How do you define clever?

Clever people are employees whose skills are not easily replicated and who add disproportionate value to their organizations. Often, these people are smarter than their bosses and most of them don’t really want to be ‘led’. That’s what they say, anyway; whether or not they mean it is another question. The ones we studied for our book actually needed organizations in order to express their skills and talents. For instance, if you’re a brilliant pharmaceutical researcher, you can’t produce the next great breakthrough drug on your own; you need the resources of a large pharma company and you need to work in a big, global team – typically for seven or eight years. Maybe then you’ll get to work on that breakthrough drug. We have found that many kinds of cleverness these days are organizationally dependent. My coauthor and I were interested in that sort of slightly edgy relationship that clever people have with those who employ them: they need organizations but they often don’t really want to be in them.
Describe the rise of what you have called ‘the clever economy’.
It is very closely related to the Knowledge Economy, which most people know about. Organizations are increasingly full of well-educated people with second or third degrees – MBAs, PhDs and so on. For our last book [Why Should Anyone Be Led by You?] we studied the BBC, Roche Pharma Company and WPP (the world’s largest marketing services agency.) What do these organizations have in common, you might ask? They’re stuffed full of clever people: the BBC is brimming with clever, creative broadcasters and media content producers and so on; Roche is full of clever pharmaceutical researchers; and WPP is full of creative and marketing geniuses. Frankly, the people most likely to ask the question posed by our last book are these clever, slightly edgy and sometimes difficult types.

Despite the fact that we predict a growing Knowledge  Economy, the field of study in terms of leadership within cleverdominated  organizations is very limited. There is plenty of  research on leadership, and lots on the Knowledge Economy,  but the two haven’t been brought together very well, and that’s  why we wrote the book. The advanced industrial economies are  unlikely to dig themselves out of their current hole by producing  more motorcars: if we’re going to dig ourselves out it will be by  getting cleverer at some of the clever stuFF  that we do. A recent  McKinsey study suggests that seven in ten new jobs generated  in the United States in the last decade were ‘clever jobs’. We used  to think that the future would be filled with McDonald’s-type  jobs – low-skill service jobs – but that’s not what is happening at  all. McKinsey defines ‘clever’ in terms of complex tasks, complex  interfaces between tasks and lots of tested skill.

You touched on the fact that unlike artists or musicians – who  can thrive on their own – clevers actually need organizations  to thrive. Why is that?
Typically, they need to work with other clevers in order to generate  new products and knowledge. In many cases they are  actually motivated by working with others who may be even  cleverer than they are. We talk about Google in the book. I  went to visit some of the people there at the headquarters in  California. Not surprisingly, they are hiring the brightest postdoctoral  students and researchers in the world; that’s who gets  to work at Google. And guess what the first thing they notice  when they arrive is? ‘Everyone here is cleverer than me!’ This is  motivating for them, because clevers thrive when they feel surrounded  by people just the same or even cleverer. That’s one of  the reasons they need organizations. There are also more pragmatic  reasons: they also need resources and they need  organizations as a platform to achieve recognition. I’m doing  some work with Louis Vuitton Moet Hennessey (LVMH),  the world’s largest luxury goods company. One of the things  they point out is that when they’re looking at creative directors,  they’re looking for people who are not just creatively  brilliant but who want to be famous. Organizations can be a  fantastic platform for public recognition. Think of the wildlife  programs that the BBC generates, which are sold all over the  world. They’re all made down in Bristol in the west of England.  The BBC provides these people with a wonderful platform to  achieve worldwide recognition. So there are many reasons  why clevers need organizations, even though they sometimes  feel uncomfortable in them.

You say that clever people also have “enormous destructive  potential.” How so?
I suppose the most dramatic illustration is what recently happened  to the global economy. Many of us are asking, ‘how could  organizations that were so full of cleverness of one kind or  another have gone so horribly wrong?’ Some of the financial  service organizations, in particular, indicate the enormous  destructive potential that exists within clever individuals. If you  compared these firms to organizations that are producing, let’s  say, routinized food commodities, they can be drifting in the  wrong direction for years before they eventually get into trouble.  But clever-dominated organizations are often as good as  their last project, their last client engagement or their last hire.  They succeed fast, but they can also go wrong fast, and that  speed factor is one of the reasons why there needs to be a better  understanding of how to lead these people.

On that note, leading clevers require some non-traditional  leadership skills. Please describe a couple of them.
We have a full list of ‘do’s and don’ts’ in the book. We say things  like: Do explain and persuade rather than tell people what to  do; do use your expertise rather than rely on the hierarchy;  do encourage failure to maximize learning. Don’t train. Now  some people may think, ‘What, don’t train?’ What we mean is  that a lot of clever people regard training programs as a kind of  death. For example, with lawyers and doctors, if you mention a  leadership training program they’ll go to sleep straight  away. So do provide opportunities for clevers to learn within  what they’re doing, and do give them recognition, but don’t try  to train them.

Can an organization as a whole attain clever status?
Definitely. We have defined three types of clever organizations,  and all are filled with clever people that are unhappy  with the status quo because they know that they, their teams  and their organization can do even better.  The first type of organization is ‘Clever Inc.’. This is the  big, fast-moving manufacturing company that must move  from the dominant economic model of the 20th century  (effi  ciency through scale) to the dominant imperative of the  21st century (the ability to leverage knowledge.) As a result,  Clever Inc. must un-learn some of its habits. Nestlé is a prime  example: it remains the world’s biggest food company but it  still has room inside of it to make breakthrough innovations  like Nespresso, which is an incredibly innovative product. It  also still has room for a brilliant mergers and acquisitions  team that continues to make creative acquisitions.  Second is ‘Clever Services’. These firms are focused on the  provision of standardized-but complex services and historically,  they were built around highly-credentialed professional  groups such as law, accounting and medicine. More recent  additions include advertising, consulting and PR. Examples  include PriceWaterhouseCoopers, KPMG and some of the  world-class hospitals.

We believe that leading clever people is one of the greatest  challenges facing organizations today. It requires huge  personal sacrifice and humility on the part of the leader, but  happily, it is also one of the most satisfying roles a leader can  perform, because it is about working with the most talented  individuals – people who are capable of incredible things. As  you can imagine, the challenges of leading the M & A Team at  Nestle, the doctors in a top hospital or the people producing  the next Google breakthrough are quite varied. Leadership is  always contextual, as is cleverness.

In the end, cleverness is not some sort of elixir of life, but  the curiosity that is fundamental to it is the essential lifeblood  of the modern organization. Understanding, organizing, leading  and maximizing this is a great challenge. In the clever  economy, only the curious will thrive.