The Role of Unconscious Thought in the Creative Process

Conscious thought can actually subvert the search for creative solutions

The ability to associate remotely-connected elements underlies discoveries and creations in fields as diverse as Physics, Mathematics and Art. Philosopher and physicist Henri Poincare once noted that “to create consists of making new combinations of associative elements which are useful. The most fertile will often be those formed of elements drawn from domains that are far apart.” Others have since made an explicit connection between associative processes and creativity and consider the former the basis for creative output.

One remarkable aspect of associative processes is that they do not seem to thrive under conscious direction. In fact, conscious thought can actually subvert the search for creative solutions. Novel connections or ideas often insinuate themselves into the conscious mind when attention is directed elsewhere. Poincare described this phenomenon as follows: “I turned my attention to the study of some arithmetical questions, apparently without a suspicion of any connection with my preceding researches. Disgusted with my failure, I went to spend a few days at the seaside, and thought of something else. One morning, walking on the bluff, the idea came to me : the arithmetic transformations of indeterminate ternary quadratic forms were identical to those of non-Euclidean geometry.” 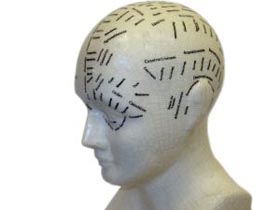 To date, systematic examination of the effects of temporary inattention or ‘incubation’ on the search for creative solutions has yielded inconsistent findings. In the forgetting-fixation or mental set-shifting research traditions, incubation has been given a secondary role in associative processing: correct solutions are made inaccessible during initial problem solving because incorrect solutions are mistakenly retrieved. Thus, temporary distraction reduces associations with incorrect solutions, allowing correct ones to surface. Indeed, creativity is often hampered by existing knowledge structures and recently-activated constructs.

Recently, researchers have discovered that unconscious thought (i.e., being distracted while still holding a task-relevant goal) increases the generation of novel ideas more than an equal duration of continuous attention, suggesting that temporarily distracting attention away from the task of generating ideas allows people to conduct broader searches that are less constrained by conventional associations. This change in associative search pattern has been attributed to something intrinsic to the absence of attention during unconscious thought.

Compared to conscious thought, which is adept at analytic and derivative processing that primarily isolates and discriminates, unconscious thought excels at integrating and associating information and is capable of carrying out associative searches across a broad basis of background knowledge. If it is true that unconscious thought changes the very nature of the search process, why is there such a paucity of empirical support for the incubation effect?

To understand this gap, my colleagues Adam Galinsky of the Kellogg School of Management and Ap Dijksterhuis of the Radboud University Nijmegen have introduced a distinction between thought process and outcome, with incubation in the context of creativity and problem-solving conceptualized as a two-step process: first, unconscious thought associates and creates the novel idea or solution to a problem; and second, this solution is transferred to consciousness. A failure of either step would lead to the absence of empirical support for incubation. It is important to realize that the two steps can, and should, be separated.

The idea that the activation of creative solutions to problems may occur at different levels of consciousness is not new. In the late 1990s, researchers drew a similar distinction in their discussion of ‘deep-cognitive activation’. In this model, full activation of a thought or answer refers to one that is both conscious and accessible, but deep activation refers to a thought that is accessible but not currently conscious. In one study, after unsuccessful attempts to solve insight problems, individuals displayed shorter latency to solution-related words than solution-unrelated words when these words were presented to the right visual field. Unconscious thought, then, may indeed be better at associative search than conscious thought, but the products of unconscious thought may not always immediately enter into consciousness. Instead, they may remain unconscious, only emerging later into consciousness as ‘insight’ or eventually dissipating. Alternatively, they may surface as tacit cognitive or affective recognition of patterns, coherences, or themes. For example, when presented with coherent stimuli such as an incomplete drawing of a camel, participants in one study were able to recognize better than by chance the existence of some coherence in the incomplete drawings, but could not always articulate what it was. We suggest that this feeling of ‘something is there’ may be a partial manifestation of unconscious generation.

Our research
My colleagues and I set out to differentiate conscious and unconscious manifestations by examining two separate outcomes of the Remote Associates Task (‘RAT’): implicit accessibility of correct RAT answers versus expression of those correct answers. We posited that the absence of the incubation effect on creative problem solving does not necessarily imply an absence of creative activity, and that researchers may have been looking for the incubation effect in the wrong place.

The RAT was originally developed as a test of creativity and has been widely used to study insight and creative thinking. Each RAT problem consists of three words (e.g., cheese / sky / ocean) and participants are asked to generate a fourth word that, when combined with each of the three stimulus words, results in a word pair used in everyday language (e.g., blue cheese, blue sky, blue ocean). This creativity problem was ideal to investigate our two-stage model because previous research has shown that accessibility to RAT answers does not always correlate with conscious answers. Thus, we predicted that unconscious thought will increase mental accessibility of RAT answers compared to conscious thought, but that this increased deep activation may not translate into the expression of correct answers.

All participants saw nine triads of words presented on the center of the screen. Afterwards, those in the conscious condition were told that they had five minutes to think about these triads, during which they were shown the screen containing all triads but were not allowed to write down notes or answers. Participants in the unconscious condition were told that they would engage in an unrelated task before returning to the word task. Those in the distraction condition were told that they had finished the task and would move on to unrelated tasks. Participants in the unconscious and distraction conditions next completed a ‘two-back task’, which consumes considerable working memory, for five minutes to prevent conscious thought. Participants saw a sequence of numbers on the centre of the screen and decided whether each number matched the number that has been presented two numbers previous in the sequence.

After five minutes of conscious thought or distraction, all participants engaged in a Lexical Decision Task (LDT) with RAT answers as target words and four unrelated words and five non words as control words presented in a random order. Participants saw strings of letters on the center of the screen and decided whether each string of letters constituted a word in English by pressing one of two buttons. After the LDT, participants in all three conditions were again shown the RAT items and were asked to input their answers into a textbox. Our findings
Across the three conditions, the correlation between response latencies for the answers and correct answers was not significant, which suggests that implicit accessibility of RAT answers does not automatically emerge into the conscious mind as correct answers. However, restriction of range given the low numbers of correct answers may have prevented meaningful correlations from emerging. Focusing only on the conscious report of RAT answers, our results replicated the lack of a meaningful incubation effect: a period of incubation did not increase the reporting of correct answers compared to the same duration of concentration.

Previous studies provided only suggestive evidence to the involvement of unconscious process in solving creativity problems, because unconscious processes were not explicitly controlled or measured. Our work, however, provides direct evidence to the causal relationship between unconscious thought and increased solution-related activation: by differentiating implicit accessibility of solutions and conscious reporting of correct answers, we were able to reconcile the gap between the anecdotal evidence for the role of unconscious process in creative discoveries and the lack of empirical support for the effect of incubation. Unconscious activation may serve as inspirational sparks underlying the ‘Aha!’ moment that eventually leads to important discoveries.

In closing
Our findings have significant implications for individuals and teams seeking creative discoveries. If inattention is indeed better than concentration in resolving complex problems, should artists or scientists simply engage in daydreaming to produce ground-breaking discoveries or trail-blazing creations?

More importantly, only when directed by a meaningful goal does inattention increase solution-related activation. Without conscious learning and thought, mathematicians and scientists would not be able to know what problems to tackle and artists may get lost in the vast array of options available. Without goals, inattention is simply walking in darkness.

It is our hope that after a period of unconscious reflection, future researchers will tackle the arduous task of discovering when increased accessibility produced by unconscious thought springs forth into consciousness.


Chen-Bo Zhong is an assistant professor of Organizational Behaviour and Human Resources at the Rotman School. This is an excerpt from a paper he co-wrote with Adam Galinsky of the Kellogg School of Management and Ap Dijksterhuis of the Radboud University Nijmegen: “The Merits of Unconscious Thought in Creativity” was published in Volume 19, Number 9 of the Journal Psychological Science. For a copy of the complete paper, e-mail christen@rotman.utoronto.ca

Tweets by @forbes_india
Is It too Late to Get into the China Market?
Get Ready, Get Set, Go Entrepreneurial