Many companies have improved their rankings compared to last year, indicating faster economic growth in India compared to other countries 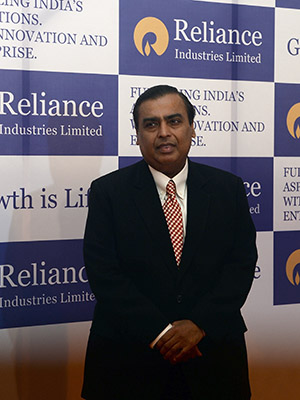 Two years after the present government under the leadership of Prime Minister Narendra Modi assumed office with the promise of ushering in reforms and jumpstarting the economic growth cycle, the number of Indian companies that feature in the Forbes 'Global 2000' list for 2016 remains the same as last year.

Though the number of Indian companies that feature on the 14th edition of the annual list of the biggest and most valuable public companies in the world remains the same, that is 56, the good news is that many Indian companies have improved their rankings over last year.

The top 10 companies on this list from India remain the same as last year, though there has been some shuffling of the pack. The Mukesh Ambani-led oil-to-yarn and retail conglomerate, Reliance Industries Ltd (RIL), ranked 121 (ranked 142 last year) on the global list, continues to be the top-ranked and most valuable Indian company with a market capitalisation of $50.6 billion (Disclaimer: Reliance Industries owns Network 18, the publishers of Forbes India.)

Like last year, RIL is followed by State Bank of India (149) and Oil and Natural Gas Corp. (220) in the second and third spots respectively.

Tata Motors, the auto arm of the salt-to-software Tata Group, which was ranked fourth among Indian companies and 263rd overall in 2015, lost its position in the overall pecking order this year. It is sixth among Indian companies this year and ranked 278. The carmaker has been struggling with sliding market share in the passenger cars market, which has been subdued in general in India, but its commercial vehicles business has seen a gradual recovery, in line with an increase in industrial activity in some industrial sectors.

India’s largest private sector lenders ICICI Bank (266) and HDFC Bank (275) have improved their rankings in 2016 and are placed fourth and fifth among Indian companies respectively. The increase in market value of these lenders shows the relatively greater faith reposed in them by investors at a time when their public sector counterparts have been battling high levels of bad assets, which have taken a toll on their earnings.

AM Naik, the 73-year-old group executive chairman of engineering conglomerate Larsen and Toubro (ranked 505 on the Forbes Global 2000 list) summed it up well when he said on May 25 that while the intentions of the Indian government were good and the administration was moving in the right direction, implementation of policy measures to accelerate growth was taking “longer than anticipated.”

The Modi-led National Democratic Alliance government may have laid the groundwork for future growth over the last couple of years. But if the number of companies in the 2017 edition of the Forbes Global 2000 list has to rise, the remaining three years of this government will need to be spent in speeding up the pace of implementation of reforms across sectors, and overcoming bitter political opposition to enable the same.

Tweets by @forbesindia
You don't need to have a grudge to depict society's harsh realities: 'Sairat' director Nagraj Manjule
Thoughts on design