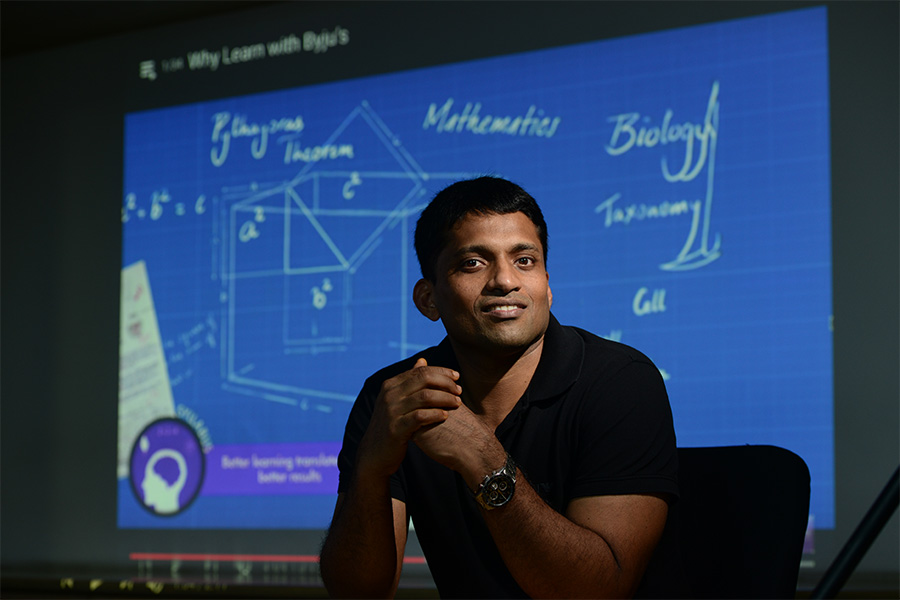 Image: Bmaximage
Education technology startup Byju's has raised an undisclosed amount from China’s Tencent Holdings Ltd, the company said in a statement on Tuesday. In March this year, Byju's had raised about $30 million from Brussels-based family office Verlinvest at a valuation of about $650 million, making it by far the best funded homegrown education startup.

“We are excited to have Tencent on board with us. This makes our strong investor portfolio even more diverse. At Byju's, we have been fortunate to have investors who have always played a crucial role as partners in our growth story,” founder and chief executive Byju Raveendran said in a statement.

Founded by Raveendran in 2011 as an offline tutorial for management entrance tests, Byju's, over the years, has dumped the offline business in favour of delivering tutorials online. Today, Byju's offers learning programmes on science and mathematics for class IV to XII students, apart from test preparation content for JEE, CAT, IAS, GRE and GMAT among others.

The company claims to have 9 million app downloads and 4.5 lakh paid subscribers.

According to Raveendran, Byju's is expected to double its revenues this fiscal to more than Rs 500 crore and clock profits.

The wide user base has also made Byju's an attractive investment option. Byju's was among the few startups to close multiple fund-raises last year, totalling about $160 million, when investors clawed back on investments, prompting a number of startups to reduce cash burn and forcing some to shut shop.

Some of the investors to have backed Byju's last year are Belgian family office Sofina, Chan Zuckerberg Initiative, the personal fund of Facebook founder Mark Zuckerberg and his wife Priscilla Chan and International Finance Corporation, a World Bank arm.

Overall, Byju's has raised more than $200 million since inception, making it a formidable competition to the numerous offline tutorials.