Bytedance's big reason for US TikTok deal: China is slowing

ByteDance's founder has long urged his employees to think beyond the world's No. 2 economy, where growth is easing and competition is rising 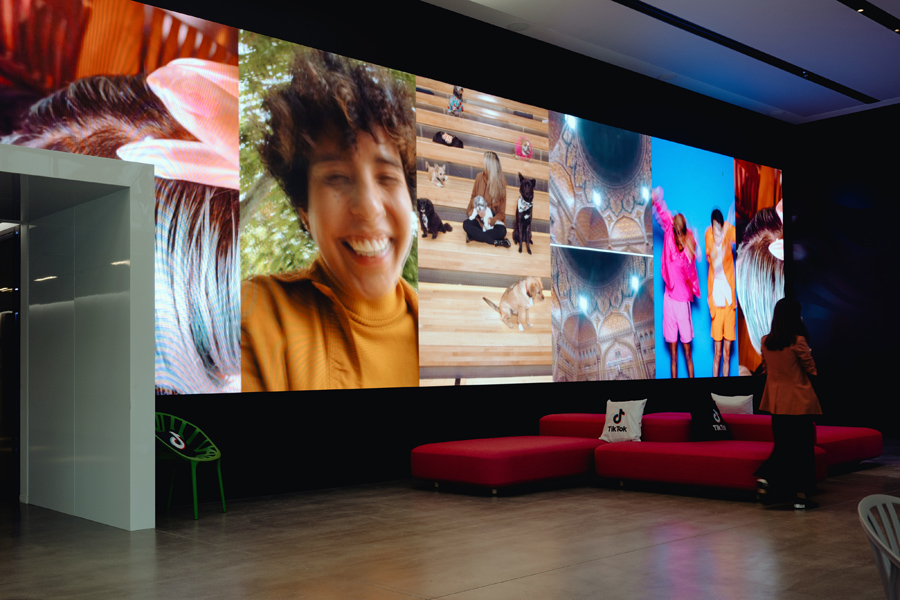 TikTok’s office in Culver City, Calif., on Tuesday, Sept. 8, 2020. The White House has pressed for new ownership of the app to address concerns about data gathering by the Chinese government. (Rozette Rago/The New York Times)

TikTok’s Chinese owner has fought tooth and nail to keep control over its wildly popular platform for dancing teens and young Los Angeles influencers. One big reason: The days of fast internet fortunes and meteoric digital growth in its home market may be coming to an end.

With Microsoft dropping out of the race to take over TikTok in the United States, Oracle has emerged as the leading contender to save the video app from impending restrictions from the Trump administration. TikTok’s parent company, ByteDance, has chosen the software giant to be its U.S. technology partner, an arrangement that would most likely give Oracle oversight over data on American users.

Speaking on CNBC on Monday morning, Treasury Secretary Steven Mnuchin said that government officials would review the proposal by ByteDance and Oracle this week and then make a recommendation to President Donald Trump. Mnuchin did not make clear whether Oracle would also buy a majority share in TikTok’s U.S. operations as part of the proposed deal. Trump had pressed for new ownership of the app as a way to address concerns about potential data gathering by the Chinese government.

Deal talks had been held up after China signaled last month that it would bar TikTok’s technology from being transferred overseas. A partnership with Oracle would probably be more palatable to Beijing, which requires many foreign companies to work with local counterparts to do business in China.

For ByteDance’s founder, Zhang Yiming, the deal could determine whether his 8-year-old company becomes a globe-straddling digital colossus or is reduced to a mere power player in China, where the internet market is maturing, and competition is becoming more intense.

Over the past decade, the confluence of engineering talent and commercial opportunity in China minted fortunes that only Silicon Valley’s matched. The country is still a huge market with plenty of spending power, but its economic growth has slowed. Its population of internet users, at 900 million in a country of 1.4 billion, is reaching natural limits. Ninety-nine percent of those people have smartphones on which they already spend pretty much their entire waking lives.

“For the entire Chinese internet market, there is much less room than there used to be to increase the amount of time spent by users,” said Zhang Xueru, an analyst in Shanghai with 86Research. “Growth in the digital ad market is much slower than before.”

Zhang of ByteDance believed early on that only by having an international presence could his company compete on the level of Google, Facebook or Amazon. As ByteDance grew, he encouraged employees to adopt what he called a “Martian” perspective on business. He wanted them to think of ByteDance not as a Chinese company gone global, but as an inherently planetwide enterprise, free of national starting points or biases.

Growing wariness toward China’s technological advancements has made that vision look harder to sustain, though. Never before has the United States clamped down on a Chinese company with as much cultural cachet as ByteDance. India banned TikTok in June, also on national security grounds. More European governments are shying away from using Chinese telecommunications equipment, fearful of espionage.

ByteDance’s rivals in China began discovering long ago how hard overseas expansion could be.

Internet giant Tencent is a global heavy hitter in video games through its holdings of developers including Epic Games and Riot Games. It has mostly failed, however, to export its best-known product: WeChat, the company’s Swiss Army knife of an app, which the Trump administration is also threatening to curb. India recently banned the mobile version of the shooter game “PlayerUnknown’s Battlegrounds,” which Tencent distributes in the country.

“Tencent’s businesses are diversified with multiple revenue streams that we expect to generate sustained growth in the years ahead,” the company said in an emailed statement. “The China market continues to offer tremendous opportunities,” the statement said, adding that the company would continue to explore overseas expansion.

ByteDance is hardly a minnow in China. There, TikTok’s sibling app, Douyin, is beloved by advertisers and also helps carry the Communist Party’s propaganda messages. ByteDance now accounts for around one-fifth of online advertising revenue in China, a larger share than Tencent and search engine Baidu, according to research firm Bernstein. The country’s online ad market was worth $95 billion last year, according to iResearch.

Grabbing a bigger slice of the pie won’t be easy, even if ByteDance has for years been assembling an armada of other apps aimed at conquering more of China’s 2-plus billion eyeballs.

Besides Douyin, it runs two other video apps, Xigua and Huoshan. Its news aggregator, Jinri Toutiao, was its first blockbuster in China and remains a major platform. It is building up its video game and music divisions. It has an e-book app, shopping apps, online learning services, a car buying site, a cloud services platform and an office productivity suite.

“ByteDance has always been very, very enamored with Amazon,” said Rui Ma, an investor and China tech analyst. It and other Chinese internet companies respect “the fact that Amazon can dominate in multiple things,” she said. “It’s also helped by the fact that Jeff Bezos is the richest man on earth.”

In China, ByteDance could still try to use Douyin, which has an estimated 300 million daily users, to herd more people toward its other products — those education apps, for instance.

Conquering online retail might be trickier. ByteDance is already trying to turn Douyin into a mobile-age Home Shopping Network, a place where kindly looking people entrance viewers into buying things. Not everyone is convinced.

“E-commerce is not only about traffic,” said Shawn Yang, an analyst in Shenzhen with investment bank Blue Lotus Capital Advisors. “E-commerce is also about service, about product quality, about logistics, payments. The whole process is very long, which means that it’s not as easy as online gaming or advertising.”

Even serving up videos that are longer than the bite-size ones that fill Douyin and TikTok might require more of ByteDance than an algorithm that intuits viewers’ tastes with uncanny accuracy.

Tweets by @forbes_india
How to help small businesses survive COVID's next phase
Photo of the Day: Gyms reopen as some restrictions lift in Delhi