For 2015 fiscal, the New Jersey-based IT firm expects its annual revenue to be at least $12.24 billion 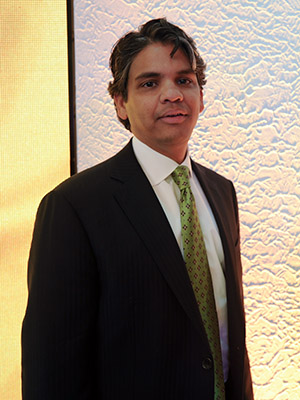 Cognizant recorded a net income of $382.9 million during January-March, up 9.7 percent from $348.9 million a year ago. Sequentially, it was up 5.5 percent. However, in comparison, the TCS bottom line was more than double that of Cognizant during the same period. TCS posted a net income of $951 million, up 8.9 percent quarter-on-quarter, excluding the one-time special employee reward of $423 million during the March quarter. For Infosys, net profit during the same stretch stood at $498 million, down 4.6 percent sequentially.

Over the last three fiscal years, Cognizant has been busy disrupting the order of the Indian IT industry. In terms of sequential dollar-revenue growth, it first overtook Wipro and then outperformed Infosys in 2012. Later, during the 2013 March quarter, it edged past TCS in sequential dollar revenue growth.

“The investments we have made in digital, automation, utility-based delivery models, consulting and industry-specific expertise, are clearly paying off. Given how fast the landscape is changing, clients typically don’t have the skills to manage this transformation in-house and are turning to Cognizant to help them re-architect their core business and organisational models,” said Francisco D’Souza, chief executive officer, Cognizant.

“Our strong revenue performance this quarter versus our guidance was driven primarily by organic growth of our core businesses and is a reflection of our strategy and offerings resonating with our clients,” said Karen McLoughlin, chief financial officer, Cognizant. The company had a net addition of 6,200 people during the quarter, taking its total headcount to approximately 2,17,700 employees as of March 2015. Among the Indian IT majors, Mumbai-headquartered TCS has a total staff strength of 3,19,656 people followed by Infosys at 1,76,187 employees as of March 2015. Wipro has a total headcount of 1,58,217 people.

“The shift to a digital enterprise is driving greater demand for our traditional services and solutions as clients find the need to keep pace with the speed and scale of innovation and maintain their competitive advantage,” said Gordon Coburn, president, Cognizant.

Overall analysts tracking the space projected the sluggish demand environment to be a dampener for the $146 billion Indian IT industry during the January-March stretch, already a seasonally-soft quarter for the sector. Traditionally, January to March is a lean period for IT companies as client budgets are finalised during the period for the next fiscal and revenues do not accrue for the full quarter.

Tweets by @forbesindia
Ray is a reincarnation of Tagore. A true renaissance figure, says Soumitra Chatterjee
It's critical to build an aura around the realty brand