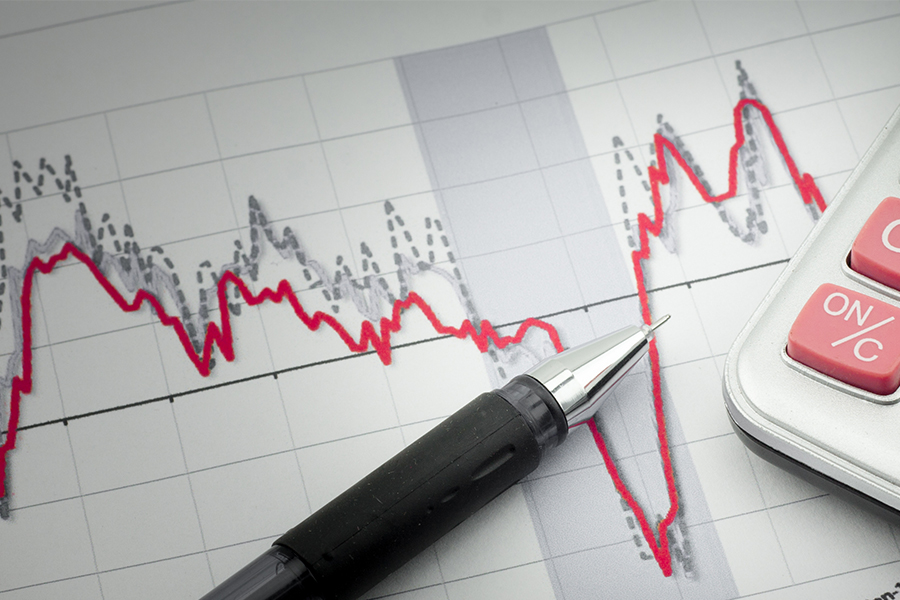 Credit Rating agency Crisil, in a latest report, has presented a cautious growth forecast for the Indian economy in the coming fiscal, where there could only be a mild recovery in the economy, private capex is likely to remain subdued and investments to the private sector will only pick up in fiscal 2019. Banking sector credit growth will also remain muted, the report for India’s economic outlook for fiscal 2018 said.

“Given the absent fiscal and monetary stimuli and unsupportive global environment, we foresee only a mild recovery in the economy, with the GDP edging up 30 basis points to 7.4 percent, which would be driven by pent up consumption demand, post demonetisation.

Earlier this month, official data showed that India’s economy grew by 7 percent in the October to December 2016 quarter, beating most expectations, when it was assumed that the impact of demonetisation would be most felt. The government has also kept the full year forecast for the economy unchanged at 7.1 percent.

But the Crisil analysts’ team said the fiscal rectitude of the government – and its focus to raise the “trend” rate rather than opt for cyclical growth – will enhance the credibility of the government, improve investor confidence and make India more resilient to external shocks.

Factors like a capacity overhang, stretched balance sheets of corporates and only a mild pick-up in demand will mean that private capex will remain subdued in fiscal 2018. So a revival for a capex cycle could come only in 2019, the rating agency said.

Demand in specific sectors, however, could depend entirely on how themes and trends play out in the coming months. The migration towards and implementation of the Goods and Services Tax (GST) will usher in significant benefits in the logistics chain across sectors. Crisil’s analysts said that consolidation, led by intense competition, would be seen across sectors like telecom and cement. There would also be increased formulisation of the economy, in the real estate and micro, small and medium enterprises.

The banking sector could continue to face concerns in the form of non-performing assets (NPAs), which will remain elevated. Most private and public banks have continued to show poor earnings growth in the October to December 2016 quarter, due to high NPAs and higher provisions to deal with stressed assets. 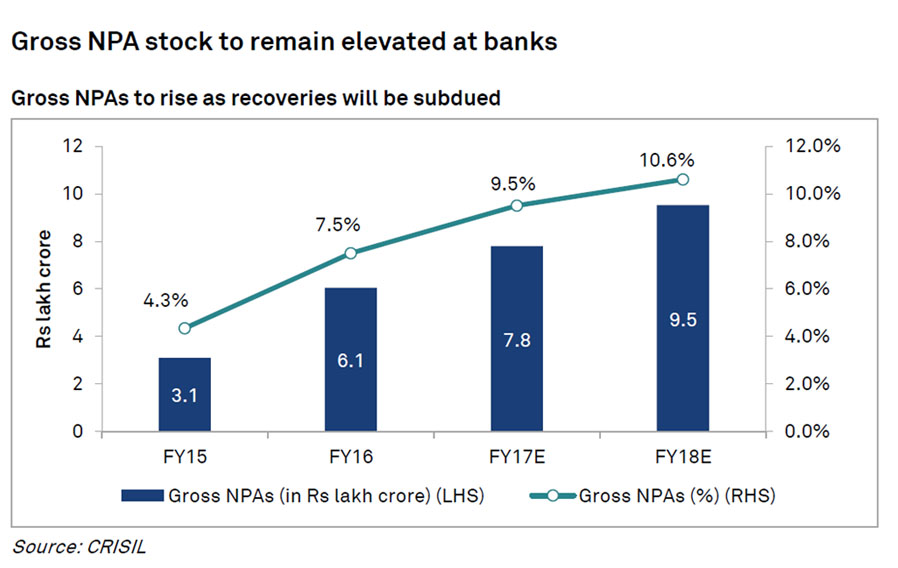 There has, however, been an improvement in credit ratios over the last fiscal year. According to the Crisil report, credit ratios increased to 1.18 times in the nine months of fiscal 2017, till December end. (A credit ratio of above one indicates that upgrades outnumber downgrades during a period). “The trend is expected to continue due to firm and stable commodity prices, sustained consumption demand and stable macros,” the report said.

On GST, the agency said that, after the implementation of the tax, organised SME players will fare better than the unorganised players, due to the administrative ease and greater reach through a unified market.