Domino's 'fake cheese' video turns out to be fake 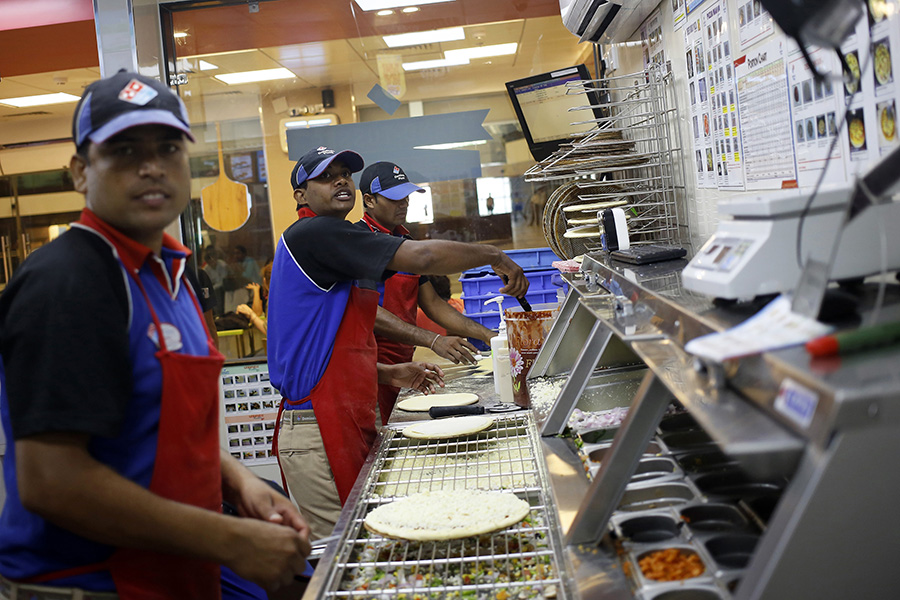 Image: Anindito Mukherjee / Reuters (Image for illustrative purposes only)
The video was purportedly a sting operation by BBC, exposing ‘fake cheese’ used by Domino’s Pizza in India. The voiceover in heavy British accent and the daredevilry of the white-skinned reporter in confronting the former India head of Domino’s lent sheen of credibility to the film. The theatrics of the whistle blower Indian chef, who pleaded to stay anonymous, added another layer of authenticity to the video.

However, in an anti-climax, the video—which went insanely viral over the last few days across the country—has turned out to be fake.

“We have gone through the video and confirm that the film in question is not a BBC film,” clarified Naveen Jhunjhunwala, chief operating officer of BBC Global News, in an email sent to Jubilant FoodWorks, the master franchisee of American pizza brand in India. The mail was reviewed by Forbes India.

“We would like to clarify that the video is not from BBC. The same has been confirmed to us by BBC officially after their internal investigation,” said a company spokesperson in an email response to Forbes India. “Our veg and non-veg pizzas have always been made from the best quality 100% real mozzarella cheese prepared from real milk,” the spokesperson asserted, adding that the company is exploring all options to stop malicious rumours from spreading.

Jaspal Sabharwal, cofounder of TagTaste, world’s first professional network for the food industry, contends that the ease with which certain disgruntled elements have attempted to cause damage to one of the best performing companies in the Quick Service Restaurants (QSR) domain is a matter of grave concern. “It has happened at a time when the entire industry is just about recovering from a rough patch and such things adversely impact the consumer sentiment,” says Sabharwal.

Jubilant FoodWorks, the private equity veteran points out, has been on a massive transformation drive since last April. “Such transformative acts often involve harsh outcomes like laying off people en masse, especially at a time when employment is not easy to come by,” avers Sabharwal.

Domino’s is not the only getting singed by fake news and videos. Others too have had their bitter share.

Take, for instance, Aashirvaad Aata of ITC Foods, which was recently at the receiving end due to alleged plastic content. The impact of fake news was so high that the company had to come out with a TV commercial assuring consumers about the quality of the product and dispelling all rumours revolving around plastic. PepsiCo’s Kurkure too faced a similar dilemma last year.

“The reach of social media is so fast that it can scar minds and singe brands,” contends brand strategist Harish Bijoor. “It spread like wild fire.” Social media, Bijoor lets on, takes on the truth and lie equally, and percolates it without fear. “And that is a danger point of marketing in the era of social media,” he adds.

The trick, point out marketing experts, in handling fake news is simple: stay proactive. “Wildfire can only be doused by combating it as speedily as possible,” says Ashita Aggarwal, head of marketing at SP Jain Institute of Management and Research. “Even a delay of an hour can be disastrous for brands,” she says, adding that the perils of social media is something that the brands have to live with.

Tweets by @forbesindia
What if ordinary corporate innovation holds the key to success?
Ten interesting things we read this week