Fantastic founders and when to lose them

There are hardly any noteworthy cases in India of promoters letting their CEOs run their businesses. No one wants to let go of control over their empire 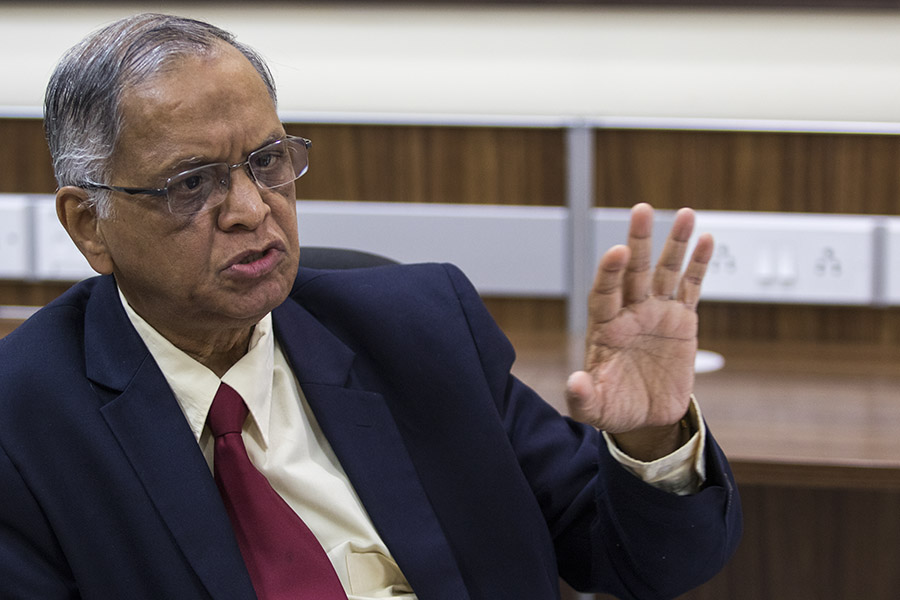 In recent times, Murthy & Co became the lead actors in the boardroom potboiler at Infosys where they appeared to have relaxed control, but continued to play an active role in a boardroom drama.
Image Source: Selvaprakash Lakshmanan for Forbes India

When did you last hear of a founder who quietly faded into the sunset, leaving the reins of the company to its professional CEO? Did I just hear a cynical scoff or did someone say it is oxymoronic behaviour of sorts?

Most business founders have their unique way of staying on, even if they had ‘volunteered’ to move on and hand over the reins to professional managers.

In recent times, Murthy & Co became the lead actors in the boardroom potboiler at Infosys where they appeared to have relaxed control, but continued to play an active role in a boardroom drama. Far away, on the other side of the globe, Travis Kalanick is alleged to have brought his pack of directors on the Uber board, even after being ousted under not-so-glorious circumstances. What then makes a founder hold on to their company?

Without a doubt, a company’s birth is seeded by the dream of an entrepreneur, and therefore one cannot deny the intense attachment that any founder nurtures towards the enterprise.

Growth of family businesses to MNCs
Most of the world’s largest corporations all started this way: IBM, GE, Walmart, Unilever, Toyota, Daimler, the list is long. Virtually the entire Fortune 1000 saw similar origins. Most of them are public companies today, analysed to death quarter to quarter. While a few of them continue to be private or strongly controlled by the founder group or family, others have created a professional management structure and layer to run their complex operations. This has seen them grow into some of the top MNCs today.
Their boards saw infusion of external talent as well. What triggered this? Scale, new markets, intense competition, need for structure, increasing regulatory requirements, and sometimes reluctance of the next generation of the founder group to dirty their hands in running these companies–all of these could be possible reasons.
The Ford Motor Company today is different from the days when Henry Ford ran the company sleeves rolled-up, right down to famously deciding the colour of his Model Ts! Founders today can opt to play any role they wish–they could be passive shareholders, content to collect their dividend and get on with their own lives; some are founder board members who are active, including deciding the choice of CEO and assessing their performance. Carly Fiorina had a taste of this when the Hewlett and Packard families, which together owned close to 7 percent of the company, opposed the HP-Compaq merger, and Fiorina eventually found herself fired by the HP board.
Family businesses in India
In India, founder families or promoters as they are often called, have been more direct and honest than their Western counterparts about wanting to control and run their companies. These companies are like family heirlooms, to be nurtured, grown and handed over to the next generation to manage. Admirably many of have indeed doggedly grown their companies over generations. Some, such as Reliance or the OP Jindal Group, had to split the family heirloom to satisfy multiple family members, and in turn these smaller parts have again grown into a sum total which is larger than the original company.
However, some have also died owing to their inability to face competition and reinvent themselves. Sadly, there are many who were wiped off due to serious meddling in the professional management of the company, or worse, taken to financial ruin by reckless spending and random business decisions.
There are hardly any noteworthy cases in India of promoters remaining as passive shareholders and letting their CEOs run their businesses. The likes of Infosys tried but failed.
In Indian companies typically, founder members hold key positions such as chairman, managing director or vice chairman, for instance. All strategic decisions have to be routed and approved by them, their ‘non-executive’ or ‘executive’ tags notwithstanding.

The toxic organisation
Promoters often complain that no professional CEO can match their long-term commitment, passion, aspirations, and most importantly, the resilience to stomach the business cycles over years. Many also believe professional managers give up too easily. This is what Bain strategists Chris Zook and James Allen call the ‘Founder’s Mentality’. Perhaps true, but this doesn’t alter the fact that some founders unleash utter havoc on their companies through their reluctance to relinquish control, thus creating a toxic culture.
Boards and investors in many companies are guilty of ignoring this aspect till it is too late. More so when they see exponential business or share price growth and mouth-watering valuations. Couldn’t the ouster of Travis Kalanick happened much before such collateral damage hit the company’s culture and reputation? Other than early stage investors, who are deeply involved with the company’s people and business issues, non-executive board directors in many companies are seldom deeply acquainted with the company’s culture and goings-on beyond what they know of the CEO and his few direct reports. The time is imminent for boards to play a stronger conscience-keeper role, particularly in companies, where it senses that the founder is interfering to the detriment of the company.

A strong case for founder Vanaprastha (Sanskrit for ‘retiring to forest’)
In ancient India, kings abdicated their throne to their heirs at an appropriate time. Thereafter, the former king and queen retired to the forest to a life of quietude and contemplation. The young king had a free hand in running his empire with the help of his advisors. The Infosys drama sadly played this in reverse. Metaphorically, the old king (founders) is still around and refusing to let go. No longer board members, and only minority shareholders (together they owned less than 13 percent stake), the founders continued to judge ex-CEO Vishal Sikka in public for his actions even as the Infosys board and institutional investors firmly supported the latter. With Sikka gone and one of the founders back in the saddle, Salil Parekh, the new CEO, will invariably have to walk on egg shells, whilst trying to pole vault Infosys to its next phase of growth.

Founder as rocket fuel
Those entrepreneurs who harness their animal spirits, besides having the vision and ability to see beyond the horizon, are indeed invaluable to the company. It will indeed take one helluva CEO to match such capabilities. Boards must ensure that the founder is focussed on only such areas that they are supremely good at and leave everything else to the professional CEO. Such a combination would provide rocket fuel to the company.
Hail the Fantastic Founder!
The Fantastic Founder must move on to the pinnacle of the company. From here, he foresees a splendorous horizon that no one else can see. It is now time to dazzle as the North Star to the CEO, board, employees and shareholders–guiding the company to growth, eminence and glory.The author is is President - Group HR, RPG Enterprises. The views expressed in this article are personal to that of the author, and does not reflect those of his employer.

Tweets by @forbes_india
Beyond Budget: The competitive world of taxes
Wipro: On the right path of good governance