Garfield: How much would you bid for the cat who loves lasagna and hates Mondays?

Art work of Jim Davis's comic strip from 1978 will feature in a series of auctions in the US, as Davis's company Paws Inc., faces downsizing at its headquarters. Davis tells all about Garfield in this interview 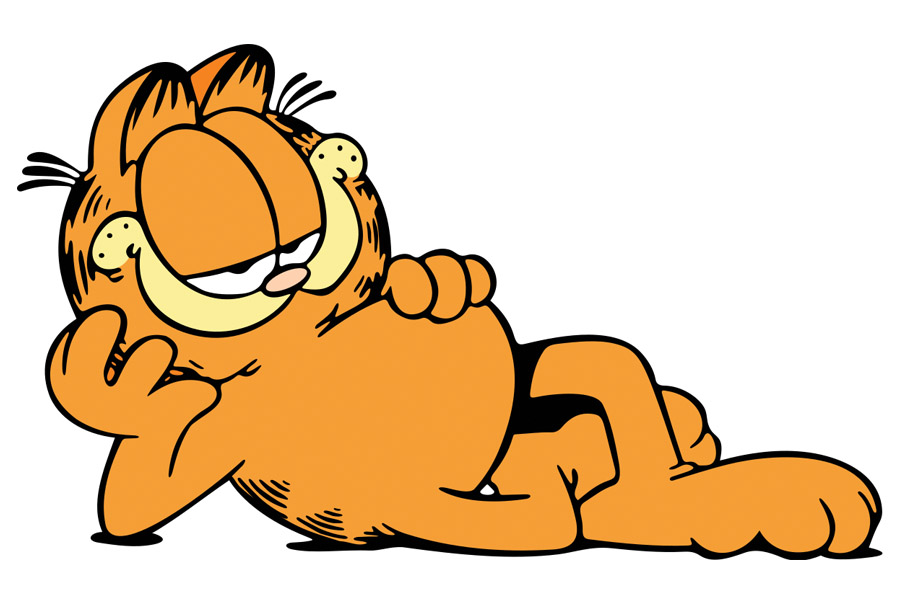 How much will be bid for a cat who loves lasagna and hates Mondays?

A series of auctions that will feature artwork from the Garfield comic strip created by Jim Davis in 1978 will provide some answers.

Opportunities to buy pieces from “The Jim Davis Collection,” at Heritage Auctions, begin Tuesday, with individual daily and Sunday installments as well as sequences of strips featuring Garfield the cat, Odie the dog and Jon the human. Also available will be artwork from U.S. Acres, the strip about barnyard animals that ran from 1986 to 1989, which Davis produced with Brett Koth.

Garfield is the most widely syndicated feature in the world and generates more than 20 million page views annually, said John Glynn, the president and editorial director of Andrews McMeel Syndication, which runs the portal gocomics.com.

The catalyst for the auctions is the downsizing of the headquarters of Paws Inc., the company in Muncie, Indiana, founded in 1981 by Davis, to oversee Garfield licensing. Since then, the product approvals and creative sessions have all become virtual. “The last strip I did on paper was in 2011,” Davis, 73, said in a phone interview last week.

Davis answered more questions about Garfield in the interview. These are edited excerpts from the conversation. 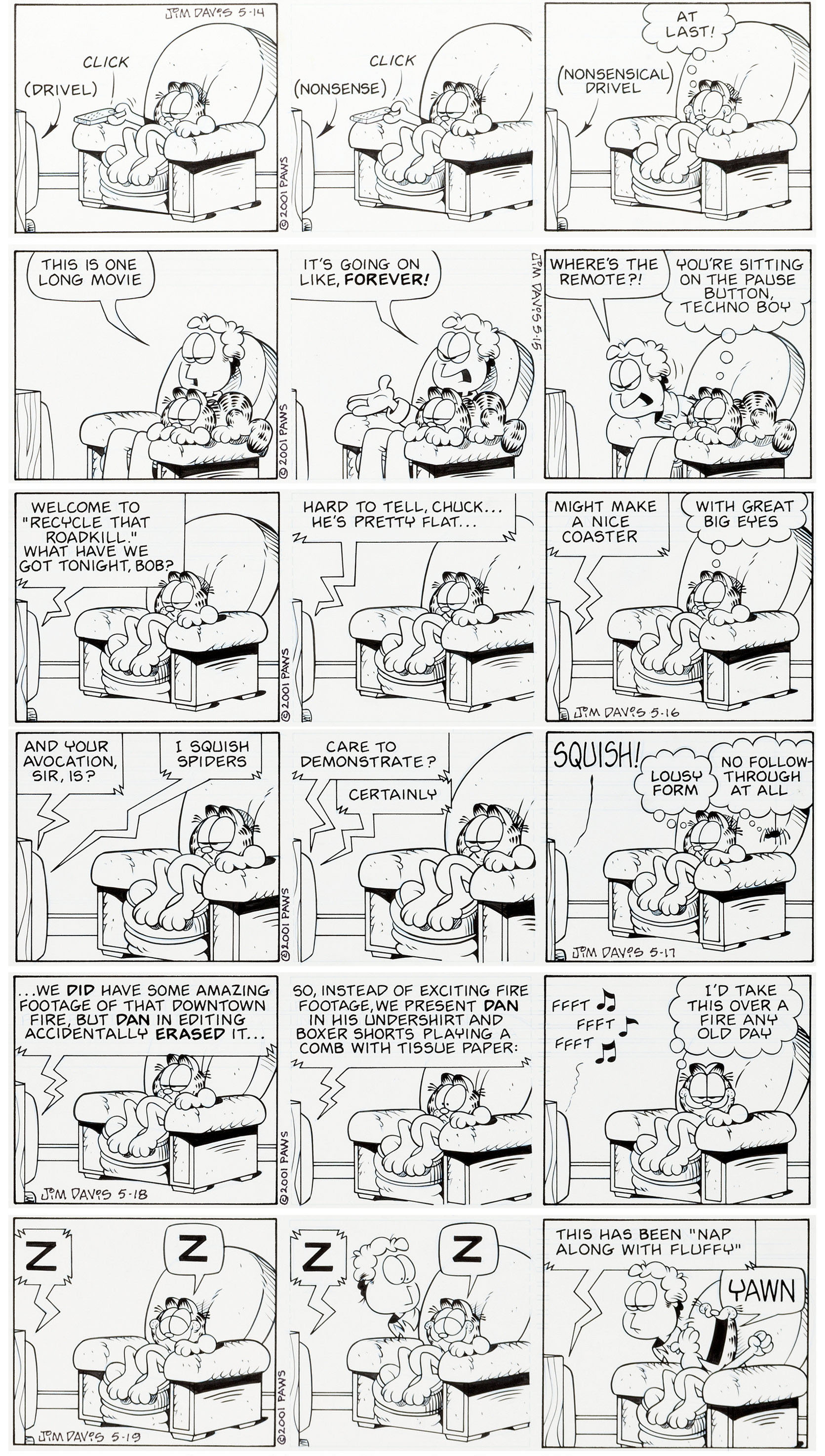 An image provided by Heritage Auctions shows a six-day sequence of Garfield newspaper strips from 2001 by the cartoonist Jim Davis. Some of the original artwork for the comic strip, originated by Davis in 1978, will be up for grabs at a series of auctions starting Tuesday, July 9, 2019. (Jim Davis/Heritage Auctions via The New York Times)

Q: What was the initial inspiration for Garfield?
A: I had worked for nine years with Tom Ryan on the Tumbleweeds strip. I was trying to come up with something unique. I tried a bug strip, Gnorm Gnat. After two years of receiving rejection slips, an editor said, You know, nobody can relate to bugs. I took a long, hard look at the comics. And I saw dogs doing really well — Snoopy, Marmaduke — but no cats. I had never seen Heathcliff. I thought I had the first cat idea.

Q: Was there ever a rivalry between Garfield and Heathcliff, who debuted in 1973?
A: No, we were so different. There’s no rivalry between cartoonists anyway. As for the characters, they are very different and the humor comes from different places. Heathcliff is very broad. He’s more vaudevillian. I dialed up the reality factor for Garfield. He operates in a cat’s body in a cat’s world and physically has those limitations.

Q: When did you start using assistants on the strip?
A: The first year I did it all myself. Then things got crazy with the licensing. By virtue of the limits of the number of hours in a day, I started relying more on assistants for the artwork because there are a lot of great artists out there. I would say there are four of us that could draw Garfield and you couldn’t tell the difference. But because I do all the writing, Garfield has one voice.

Q: Was there a pivotal moment when you knew the strip was a hit?
A: I started in 41 newspapers and the big one was the Chicago Sun-Times. The strip started in June and in August, they notified the syndicate that they were dropping the feature for budgetary reasons. Within a week, they had 1,300 replies, phone calls and letters, to put Garfield back in. At that moment I thought: “Wow. Garfield has some staying power.”

Q: What is the most unusual piece of merchandise that has Garfield on it?
A: Toilet seat. I thought, “What?” It turned out to be a great product. It was real colorful. And Garfield checks. I thought why would people want a cartoon on something that is associated with such an unhappy experience?

Q: Has there ever been negative reaction to any of Garfield?
A: Garfield stomping on spiders. I scoop spiders up on a piece of paper and take them outside. I thought it would be funny if Garfield had something he stomped on. I heard from the Friends of Arachnids: “How dare you harm our arachnid brothers and sisters?” I responded by having Garfield reading a letter and he rolls it up to smack a spider.

Q: What do you hope your legacy and that of Garfield will be?
A: There’s no retirement plans until someone taps me on the shoulder and says, “Jim, you’re not funny anymore.” I know Sparky — Charles Schulz — didn’t want the strip to go on after he was done with it. I think Garfield brightens people’s day. If we can emulate that without me, I think it would be great for Garfield to go on. He’s out there for entertainment. He’s out there for laughs.