With a focus on energy-efficient products, the company aims to capture 20 percent market share in the 5-star and inverter AC segments by 2018 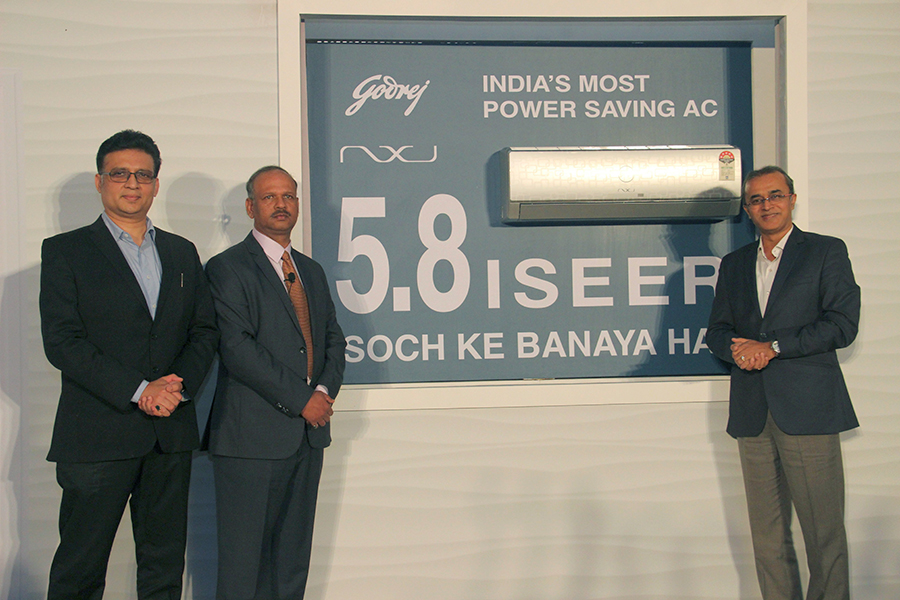 Within the consumer durables category, Nandi says about 80 percent growth comes from the cooling category – air-conditioners (AC) and refrigerators. Refrigerators are dominant with 49 percent market share, but ACs are growing faster due to low penetration.

And despite being a cluttered category, with over 35 brands vying for a share of the pie, Godrej Appliances currently enjoys a market share of over 10 percent in the 5-star AC segment. It hopes to capture a market share of 20 percent by 2018.

To move towards this goal, the company on Tuesday announced the launch of a new inverter AC with 5.8 ISEER (Indian Seasonal Energy Efficiency Ratio, a new energy table introduced by the government of India in June 2015) under its premium NXW range. Priced in the range of Rs 55,000 to Rs 66,000, the AC would be retailed across Godrej’s existing retail network – multi-brand outlets, exclusive stores and online channels.

“The biggest impediment for AC is the running cost. Consumers refrain from purchasing them because of this. Hence, working on reduction of power consumption becomes essential,” points out Nandi. He adds that with each year getting hotter, and affordability increasing not only in metros but also rural markets, ACs will continue to be the fastest growing category.

The size of the AC industry is about 5 million units and Rs 10,000 crore in value terms. “If overall category is growing at 36 percent, 5 star plus will be in excess of 40 percent,” says Nandi, adding that he expects growth in excess of 30 percent for this category in this fiscal as well.

Currently, ACs contribute 24 percent of the total revenue for Godrej Appliances while 65 percent of its total revenues come from metros and tier I towns and cities. Nandi is bullish about the growth for this fiscal on the back of government focus on rural economy and introduction of GST. “We expect a growth of 1.25 to 1.3 times in rural markets,” he says. They also plan to increase their network of 70 exclusive outlets to 200 in the next three years. “These would mostly be in tier II, R1 and R2 markets,” says Nandi.

At the press conference, the company also announced a new brand philosophy, Soch ke banaya hai, to communicate their focus on offering consumers energy-efficient, power-saving air conditioners. The company has doubled its marketing spend for the AC category to over Rs 15 crore for this season, says Nandi.

Tweets by @forbesindia
Viewing the world through the sketches of graphic artists
Dayanita Singh: Broadening views