Grasim-Nuvo merger and its apprehensions

While the Grasim-Nuvo merger is expected to unlock value in the financial services business of the Aditya Birla Group, concerns remain for Grasim's minority shareholders 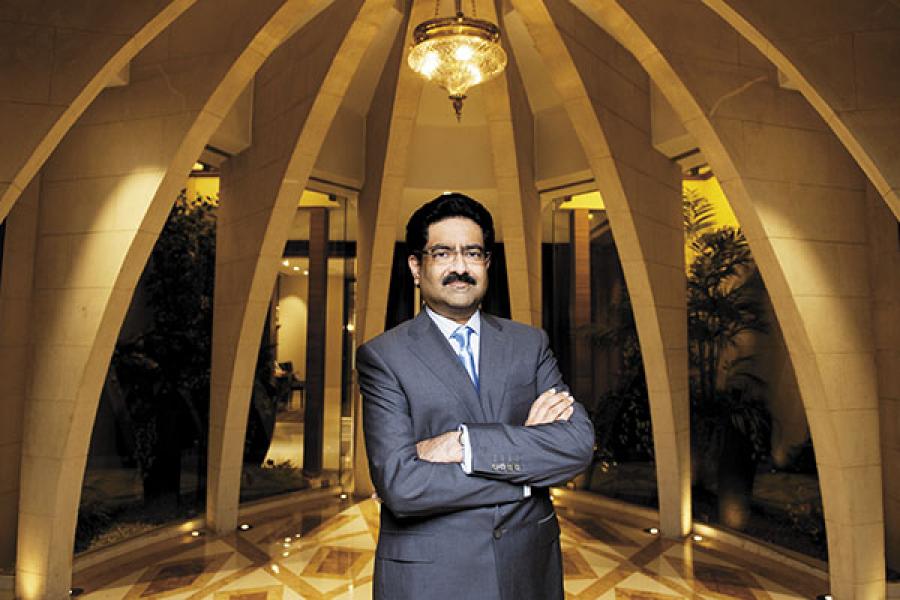 The Aditya Birla Group, in early August, announced a restructuring of its businesses wherein it will merge two of its main holding companies—Aditya Birla Nuvo (ABNL) and Grasim Industries.

In the first stage of the current restructuring, the group plans to merge Nuvo with Grasim Industries, after which the group’s financial services business, Aditya Birla Financial Services (ABFS)—currently part of Nuvo—will be spun off and listed separately.

Grasim Industries is the flagship of the Aditya Birla Group, with business verticals such as viscose staple fibre, cement, chemicals and textiles. It has a 60 percent stake in Ultratech Cement. Nuvo, on the other hand, has business divisions such as life insurance, financial services and also telecom (through its 23 percent stake in Idea Cellular).
The purpose of this restructuring, according to group chairman Kumar Mangalam Birla, is three-fold: To consolidate the group’s fast growing businesses with a strong, stable cash flow; to unlock value for shareholders though the listing of the financial services business; and to simplify the group’s ownership structure.

The merged entity will have revenues of Rs 59,766 crore for FY16 and a net profit of Rs 4,245 crore, according to an internal company presentation. Nuvo shareholders will get three new shares of Grasim for every 10 shares held. Grasim shareholders will get seven new shares of ABFS, after the demerger, for each share held. The boards of Grasim and Nuvo have approved these swap ratios, which were based on the recommendations of the joint independent valuers.

Investors and analysts have reacted nervously to the restructuring announcement. The Grasim stock  lost 13.5 percent on BSE to Rs 4,575 on August 25 from Rs 5,288 prior to reports of the merger. Nuvo has lost 20.3 percent in the same period.

While the corporate reorganisation has its merits, there are some aspects of the deal that have not gone down well with investors, particularly issues relating to protecting the interests of minority shareholders.

The main worry is that the merged entity—or the ‘new’ Grasim—will be a large conglomerate with a wide range of businesses under it. This includes cement, telecom, fashion retail, a small stake in the group’s aluminium business Hindalco and even financial services, as Grasim will have a 57.3 percent stake in the standalone ABFS.

“With the Nuvo merger, Grasim’s minority shareholders will get diluted by 29 percent, but the promoters would have achieved their target of holding near 40 percent. Grasim will be a bigger company, but its shareholders will get exposed to financial services and the telecom business, which are capital-intensive and, given the competitive landscape, likely to remain cash hungry,” leading corporate governance and proxy advisory firm, Institutional Investor Advisory Services, says in its assessment.

Kumar Mangalam Birla has defended the merger, saying the move will “create one of India’s largest, well-diversified companies” with a healthy mix of businesses, steady cash flows and long-term growth opportunities.

The merger will definitely unlock value for ABFS, which has become one of the fastest-growing businesses in the group.

The seeds of building a financial powerhouse were put in place in 2007. From five businesses then, ABFS has interests in twelve today. Its funds under management stood at Rs 1,96,545 crore at the end of the first quarter of this fiscal.

The total lending book of the NBFC stands at Rs 28,700 crore. The financial services group serves 8.8 million customers through a nationwide distribution network of 1,350 points of presence and over 120,000 channel partners. Birla Sun Life Insurance is among the top five private life insurers in India and had a market share of 7.6 percent in FY16. ABFS contributed 30 percent to holding firm Nuvo’s revenues and 35 percent to its net profit in 2015.

Ajay Srinivasan, CEO of the group’s financial businesses, is confident that the NBFC, mutual funds business and life insurance divisions will continue to expand. He expects the next wave of growth for ABFS to come from the newer businesses of housing finance and health insurance.

“The restructuring exercise will provide the financial services company access to more capital,” Srinivasan tells Forbes India. It is expected that the company will be able to raise capital at a lower cost considering that Grasim has a AAA credit rating. “We will have a stronger parent to back us up. [The restructuring] will give us currency to do more going forward,” Srinivasan says.

Analysts say the ‘new’ Grasim is taking steps to position itself as the Aditya Birla Group’s holding company. Listed holding companies tend to trade at a discount on the stock markets, as valuing a company like this becomes difficult due to complexities in its structure.

Religare Capital market analysts Mihir Jhaveri and Siddharth Vora say the swap ratio looks “fair” but considering that the new Grasim would be a large conglomerate with diverse businesses, it could result in “much higher holding company discount”. This is the type of uncertainty that investors can do without.