Two things that can change in health care: The way we deal with mortality, and the way we treat pain. Extracts from an interview with Atul Gawande 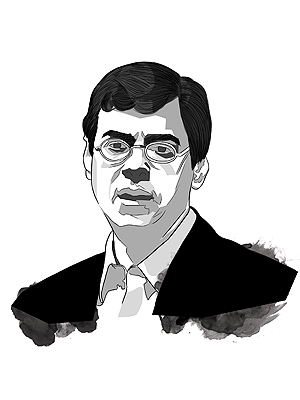 Image: Sameer Pawar
Atul Gawande, MD, MPH, is a surgeon, writer, and public health researcher. He has been a staff writer for The New Yorker magazine since 1998 and has written three bestsellers: Complications, Better, and The Checklist Manifesto. His latest book is Being Mortal: Medicine and What Matters in the End

There is no better time to be old than today. We have very little risk of dying before we get old. We can reach old age with much greater health than we used to,and people are living longer.

But, because the young are pursuing opportunity away from home and leaving the elderly behind—more and more, that’s how we all live, that’s how economic progress occurs—people who would have been surrounded by family in their old age are now coming into the last phase of their lives alone. The multi-generation family is now more dispersed. The solution is often to say, well, medical science will take care of it; we will design hospitals that will take care of the elderly.

India is going through the transition that places like the United States have been through. Fifty years ago, everywhere in the world, people died in their homes. But now, we are building more—and more successful—medical institutions. By the 1990s, in the US, more than 80 percent died in medical institutions. In India, in the cities, this is happening now.

The trouble with medicalising mortality is that you can’t treat it like another disease.

The most likely week that you will have an operation is the last week of your life. You’re getting all of the harm, all of the pain, all of the suffering, but none of the benefits, which typically take time after an operation.

Studies have shown that people who have a conversation—with their doctors, with their families—about what is important to them at the end of their lives, these people are choosing to stop treatment when it stops working and go home. They are less likely to choose that fourth round of chemotherapy, or that last ditch surgery. They have less suffering at the end of their life. In a study of lung cancer patients, it came to light that they did not live shorter: They lived 25 percent longer.

Our philosophy seems to be that we sacrifice the present for a longer future, which makes sense when you’re young, when you have a treatable infection, a curable cancer. But if you’re becoming frail, if you have a chronic disease, if you’re just becoming weaker and weaker, taking that approach will only harm.

The answer mostly is in a conversation that we are reluctant to have with our parents. It’s a simple conversation, one which I learnt during the investigations I did. 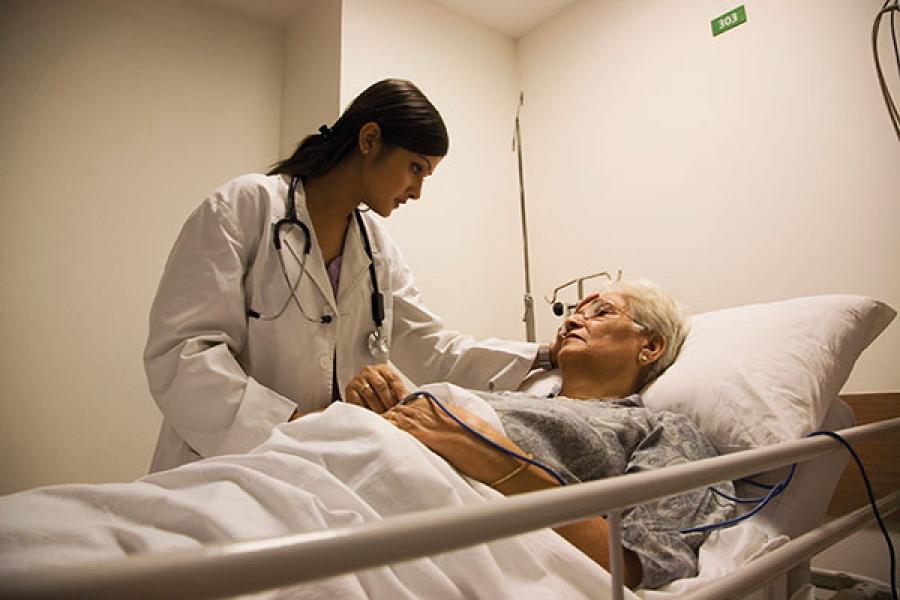 Image: Indiapicture
It is important to have a conversation with family and doctors

My father, a surgeon, developed a brain tumour which, over four years, slowly progressed, made him quadriplegic and eventually killed him. We did not want the death in a hospital or nursing home, but we wanted every chance he could have to try to beat it too. So he got surgery, he got radiation. But when the chemotherapy started taking away a meaningful life from him, when he could no longer do the things that mattered to him, that was when we had a conversation. It was a few simple questions that I was taught to ask: Where do you think you are? What is your condition at this time? What are your fears and worries for the future? What are your goals, if time becomes short? What are the outcomes that are unacceptable to you? He had very clear answers. He said, I know I’m dying, but I don’t know when; I hope it might be years, but maybe it’s not. His fears and worries: He wanted to still be able to talk to his family in India by Skype, to have social events—he would have a dinner party almost every week—because it was important to him to connect with people, to talk. He feared losing the ability to talk. He feared pain. For his goals, there were a few things he still wanted to do: He has started charity projects that he wanted to make sure lived on. The unacceptable outcomes: He did not want to be on a breathing machine that took away his ability to talk, he did not want tubes to feed him. Acceptable: He wanted to be at home, have social interaction. He was very clear, and we, his family, had a very clear guide, about what the future would be for him, and what we would have to fight for, towards the end. That conversation was very scary, for us, and unusual, in the modern world. Today, where we are often apart from our parents, it is very important that we have these conversations with our parents, about what they want. Today,  70 to 80 percent of people will die with somebody else needing to make those decisions.

The last phase, for my father, was just pain control. In India, the barrier for people to be at home in their last days is, most of all, that we don’t have pain medicine. Narcotic pain medication is widely available in much of the rest of the world. India is one of the places that has the lowest availability of morphine and other pain medication. People who have cancer, HIV/Aids, advanced diseases, need these medications. The know-how is there, the medicines are available, the system exists to make them available via pharmacies, but we haven’t deployed it. People are trying to treat their cancer, recover from orthopaedic surgery, with paracetamol. The result is tremendous suffering.

What would be the major unthinkable accomplishment in the next five years? It would be that people are actually able to get pain medicine. That would be a radical transformation for this phase of people’s lives.