'Mobile currency cost should be lesser than that of physical currency' 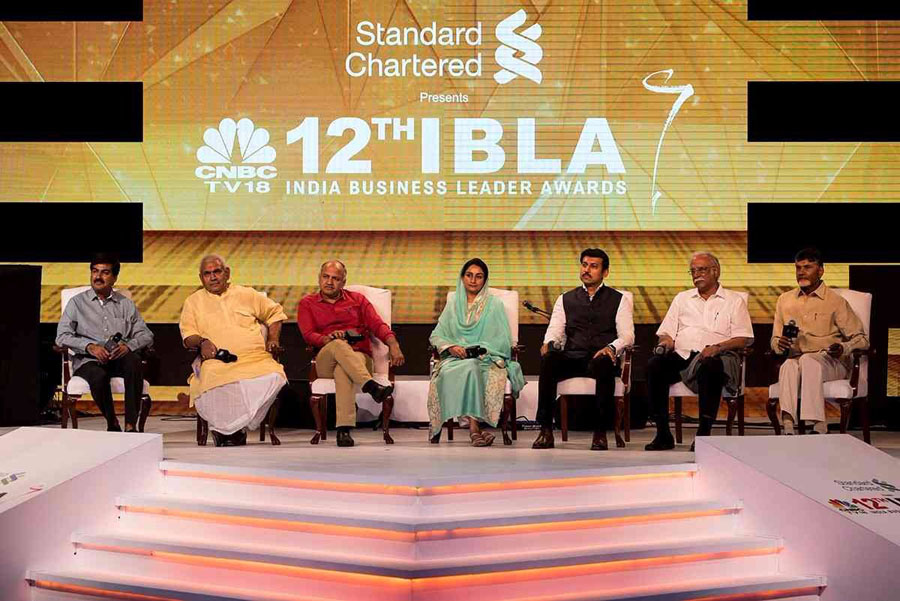 “Digital India is a reality and mobile currency is the best way. Mobile currency cost should be lesser than that of physical currency,” Andhra Pradesh Chief Minister N Chandrababu Naidu said, addressing a packed audience at the 12th edition of CNBC TV18’s Indian Business Leader Awards held in Delhi, where visionaries that have led India’s glorious journey from the front from various walks of life were felicitated. He spoke at the panel discussion titled “How can Team India deliver high performance growth.”

“India cannot deliver high growth unless the centre and the state work together,” said Badal adding, “It’s a lot to do with the mindset; states should give up their confrontational approach.” While Sisodia pointed out that the GST Council is a reflection of a federal structure, he also said in several other matters the ‘concept of Team India’ is missing.

The panel discussion revolved around the opportunities and challenges for India Inc for growth. India’s GDP growth rate stood at 7 per cent in the third quarter of this year and this is despite the demonetisation move adopted by the government on November 8, 2016. “State and central government should work together to achieve the goal of development,” said Sinha. Echoing the same sentiment, Gajapathi Raju said the aviation dream that the government has needs the centre and the state need to be aligned. “If you want the aviation to be a success, all states have to come on board. We are fortunate most of them have helped us,” he added.

As India Inc's top icons were honoured, the Young Turk Startup of the Year was bagged by Bengaluru-based Tonbo Imaging, while the Young Turk of the Year went to Education technology start-up Byju's, owned by the privately-held Think and Learn. Hyderabad-headquartered Amara Raja Batteries emerged as the Most Promising Company of the Year.

Moving away from business for a while, actor Deepika Padukone and athlete Dipa Karmakar won in the categories of ‘Entertainment leader of the Year’ and ‘Outstanding Contribution to Brand India’, respectively.

For the brand of the year, Maggi made a comeback, while a Special commendation was given to Makelovenotscars, a non government organization dedicated to provide acid attack victims an opportunity to regain their life on their own. India’s biggest ride-hailing service provider Ola Cabs won in the ‘Disruptors of the Year’ category. Other winners include Capital First Limited, RBL Bank and Mahindra & Mahindra Financial Services, Asian Paints, among others.