Modest Gain for India's Richest on Forbes List for 2013 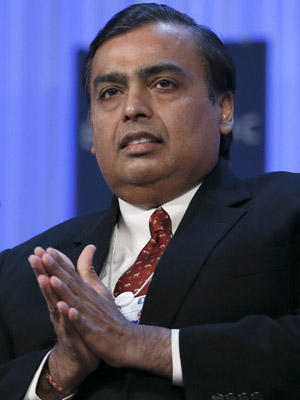 The wealth of India’s 100 richest expanded a modest 3% from a year ago to $259 billion, according to the latest Forbes rich list. Growth in wealth was lackluster due to India’s stumbling economy, which has been hit by inflation and a falling rupee. The complete list is available here

Mukesh Ambani retains the top spot on the list and remains India’s richest person with wealth of $21 billion, unchanged from a year ago. The oil and gas tycoon behind Reliance Industries remains bullish and plans to invest $25 billion in his businesses over the next 3 years.

Steel magnate Lakshmi Mittal is at No. 2 with wealth of $16 billion, also unchanged from a year ago. His company, ArcelorMittal continues to face weak demand for steel amid a global supply glut. 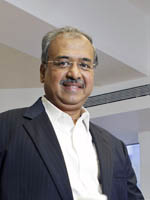 Bucking the trend is pharmaceutical magnate, Dilip Shanghvi, founder of the country’s most valuable drugmaker, Sun Pharmaceutical Industries, who moved into the No. 3 spot for the first time. This year’s biggest dollar gainer with wealth of $13.9 billion, Shanghvi added $4.7 billion to his fortune, which accounted for half of the overall 3% gain. Azim Premji is No. 4 on the list with wealth of $13.8 billion, up $1.6 billion from a year ago.

Naazneen Karmali, India editor of Forbes Asia said: “Against the backdrop of economic gloom, some of India’s richest managed to rise dramatically above the rest. That outperformance was largely driven by export-led sectors such as IT and pharma that benefitted from a weaker rupee and gains in overseas markets. The ascent of Sun Pharma’s Dilip Shanghvi is evidence of India’s underlying potential for resurgence”.

There are 65 billionaires on the list, four more than last year. Some of those new billion-dollar fortunes were made not in India but in the Middle East: Bahrain resident Ravi Pillai, the richest newcomer on this year’s list, made his $1.7 billion fortune in Saudi Arabia with his construction business, Nasser S Al-Hajri Corp, and retail mogul M.A. Yusuff Ali, created his $1.6 billion wealth with his Lulu Group in Abu Dhabi.

R Jagannathan, Editor-in-Chief of Forbes India, commented: “2013 was the year of the great standstill for big business in India. Most of them preferred to hold back in the face of political uncertainty at home. But this standstill does not reflect the great churn within the list, where there were 15 newcomers, and many old names slipping down the list or falling off”.

More than half of last year’s rich listers who returned to the ranks saw their fortune fall, including Savitri Jindal who lost $3.3 billion. The minimum net worth to make the cut increased to $635 million from $460 million last year.

Know more about the Top 10 here

(The list was compiled using shareholder and financial information obtained from families, individuals, stock exchanges, analysts and India’s regulatory agencies. The ranking lists family fortunes, including those shared among extended families such as the Bajaj family. Public fortunes were calculated based on stock prices and exchange rates as of October 18. Private companies were valued based on similar companies that are publicly traded.)