As the airline's fate hangs at the bankruptcy court, Goyal says he still hopes that a solution will emerge 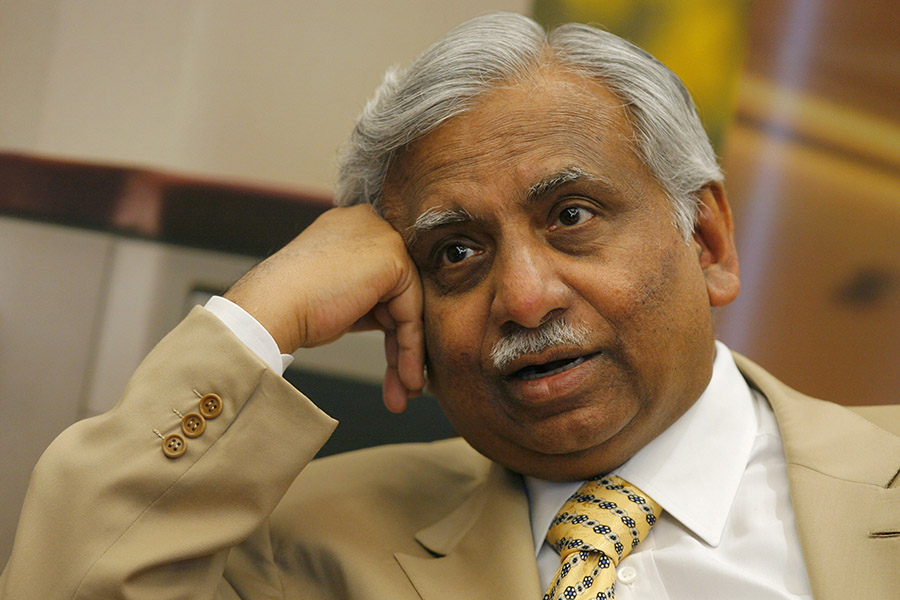 Naresh Goyal is quite an upset man today.  A day after a consortium of 26 bankers led by State Bank said that it has decided to take beleaguered Jet Airways to the National Company Law Tribunal to recover their dues of over Rs. 8,500 crores, the company's founder and former chairman, Naresh Goyal has spoken out about the move by the lenders. "I feel sad and deeply distressed mainly for our loyal employees who have waited months and were anxiously and hopefully awaiting a positive outcome to the Bank Led Resolution Plan," Goyal said in a statement. "I can only hope and pray that even now a solution can emerge and Jet can fly and fulfill the needs not only of employees but of air travellers who feel the absence of the Joy of flying," Goyal said in a statement.

The tribunal is expected to hear the matter on Wednesday (June 20). Once India's largest airline by market share, the 26-year-old company shut operations on April 17 after lenders began lining up to impound aircraft over non-payment of dues.  Jet's financial loss during the first nine months of FY18-19 stood at over Rs3,000 crore, forcing the Mumbai-headquartered company to seek a debt resolution plan proposed by lenders led by the State Bank of India. The decision was aimed at paying employee salaries, loan servicing, and aircraft rentals, after the company's net worth had turned negative.  As part of the debt resolution plan, lenders had acquired over 50 percent stake in the airline in line with a Reserve Bank of India guideline. It also booted out Goyal, his wife Anita, and two others from the board. Goyal approached Eithad and the Tatas to put in money into the beleaguered airline, but that never materialised. Lenders led by State Bank of India had earlier invited bids, in an attempt to sell the airline. Apart from banks, the airline also owes over Rs 10,000 crore to its hundreds of vendors, and over Rs 3,000 crore to around 23,000 employees. "Lenders have decided to seek resolution under IBC since only a conditional bid was received and requirement of the Investor for SEBI exemptions and resolution of all creditors is possible under IBC," SBI said in a statement."  Lenders led by State Bank of India have been making efforts to find a resolution for Jet Airways outside IBC, but in view of the above, lenders have decided to seek a resolution within the IBC process.  Meanwhile, Jet Airways stock plunged as much as 53.72 percent to a record low of Rs. 31.65 in intraday trade on the National Stock Exchange (NSE). On the Bombay Stock Exchange (BSE), Jet shares slumped 52.78 percent to an intraday low of Rs. 32.25 apiece. Additionally, two independent directors of Jet Airways have stepped down from the company's board on Tuesday citing the failure of bank-led resolution plan for Jet Airways.

Tweets by @forbes_india
Bajaj Auto beats slowdown blues
How do you beat Amazon at retail?