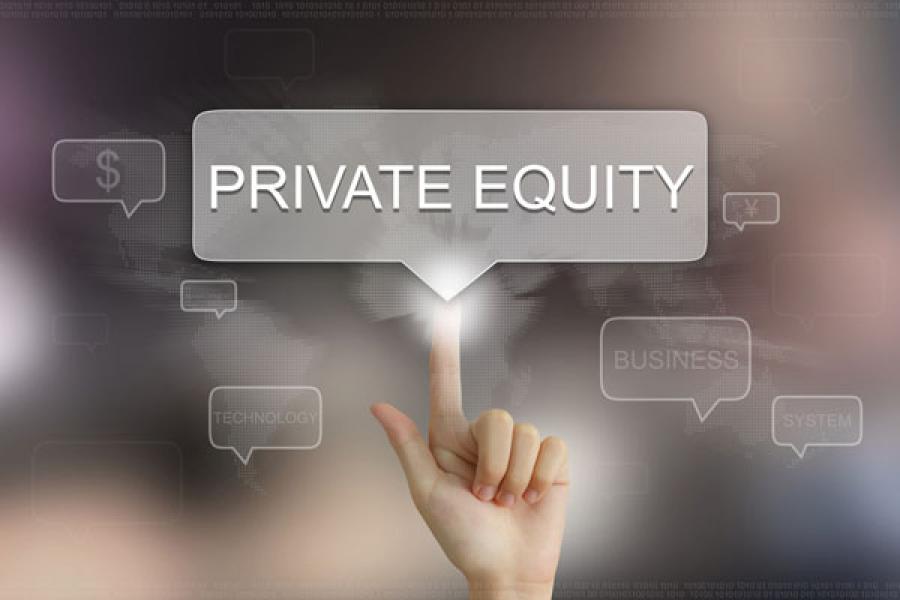 Private equity (PE) transactions in the first quarter of 2016 witnessed a strong boost, both in terms of value and volume, on the back of seven big-ticket deals valued above $100 million. These large-ticket deals contributed to over 68 percent of the total deal value in the quarter.

During the quarter, there were 280 PE deals worth $2,959 million, compared with 221 deals worth $2,599 million during the same period a year ago. This means the deal volume increased by 27 percent, while value went up by 14 percent, according to a report by Grant Thornton India. 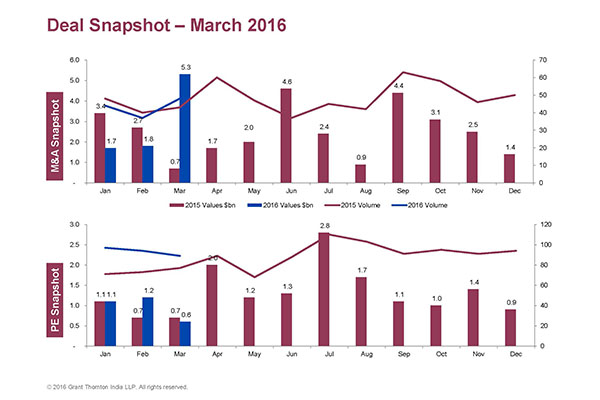 The investment activity was led by the ecommerce sector, contributing 33 percent of investment values and startups attracting 66 percent of investment volumes. The current quarter saw one of the biggest exits by KKR from an India-focussed investment – the US private equity giant sold its stake in Alliance Tire group to Japan's Yokohama Rubber for a deal consideration of $1.2 billion. Other key sectors which witnessed big-ticket investments (over $100 million each) this quarter were banking & financial services, pharma, health care & biotech and infrastructure. 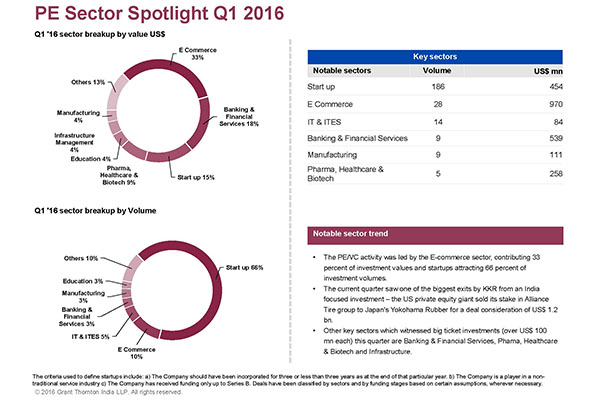