The new Porsche has been made lighter and comes with a lift system for the front axle to increase ground clearance by 30mm, to make it suitable for Indian roads 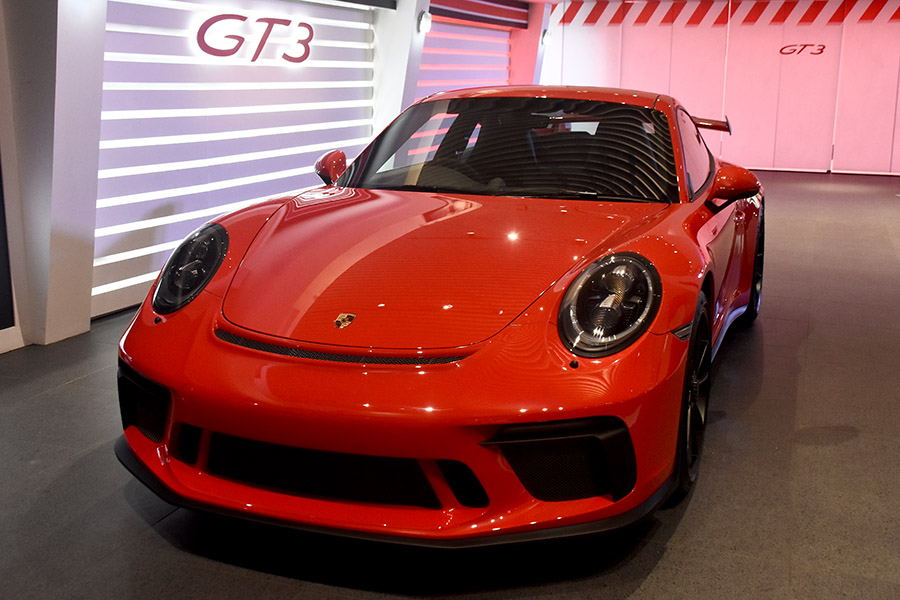 Porsche India launched the 2017 911 GT3 in India on Monday at a price tag of Rs 2.31 crore (ex-showroom, pan-India). With the sixth-generation car, Porsche has brought the GT3 badge to the Indian market for the first time. In India, it will go up against the Nissan GT-R, the Mercedes AMG GT R, and the Audi R8.

The 2017 911 GT3 draws power from a 500hp, 4.0-litre naturally aspirated powertrain that can churn out 460 Nm of torque and sends power only to the rear wheels. Out of the entire 911 range available in India, the new GT3 is the only one that gets a naturally aspirated motor. It gets two options for transmission – the standard seven-speed double clutch transmission (PDK) and a six-speed manual gearbox.

According to Porsche, the race car go from stop to 100kph in 2.9 seconds and from stationary to 200kph in a whopping 11 seconds. The top speed is limited at 320kph.
Commenting on the launch, Pavan Shetty, Porsche India director, said, “We have noticed a rising demand for sports cars in our [the Indian] market, and with the 911 GT3 blurring the line between racetrack and road more than ever before, we have no doubt it will meet that demand and offer a thrilling driving experience to our customer both on the road and on the track.” For the latest 911 GT3, the Struttgart-based carmaker said its focus was on the weight of the race car and the aerodynamics, using polyurethane and carbon parts to make it lighter and more road-ready. Polyurethane is used to make the front and the rear ends and carbon for the rear lid, rear wing and wing supports. It weighs in at only 1,430kg at full tank and 15kg lighter with the manual transmission option.

To make it suitable for Indian roads, there’s an option to add a pneumatic lift system on the front axle that will allow the driver to lift the front of the car by 30mm at speeds of up to 50kph, thereby increasing the ground clearance.

In the cockpit, it gets a GT sports steering wheel seen originally on the 918 Spyder and standard Sports seats with “enhanced seat side bolsters”. There are three more seat options, including full bucket seats, to pick from at an additional cost. For infotainment, it gets the Porsche Communication Management (PCM) for infotainment along with Connect PlusModule and the Track Precision app that will allow drivers to record and later analyse all the driving data on their smartphones.

Tweets by @forbes_india
WittyFeed: The content churner
Scanning and responding to digital change