Ghavamian and Nilchiani are reimagining the cultural moment that they never experienced firsthand; the Tehran music scene of the 1970s 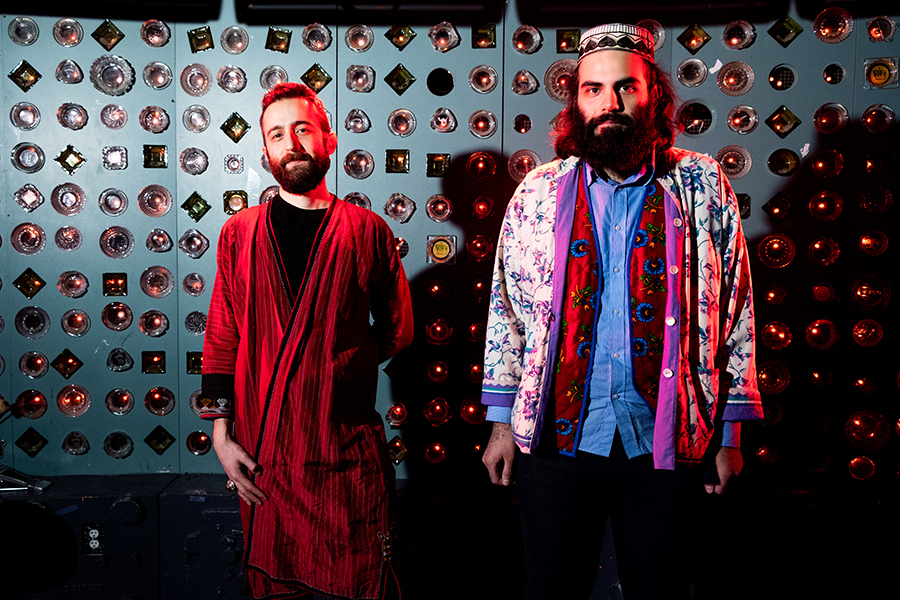 NEW YORK — In the stories Arya Ghavamian and Mani Nilchiani’s parents told them, there was dancing. European and American expats mingled with Iranians in the neon glow of Tehran’s clubs, which pulsed with music by the Beatles and Iranian pop stars Hayedeh and Googoosh. Liquor wasn’t contraband then, and the city was a vibrant artistic hub.

Now, Ghavamian and Nilchiani are reimagining the cultural moment that they never experienced firsthand — the Tehran music scene of the 1970s, which came to an abrupt end after the Iranian Revolution of 1979 replaced a Western-allied government with today’s Islamic Republic. A year ago, the pair began organizing Disco Tehran, a performance project and party that combines live music and DJ sets, in New York. Though the parties often spotlight Iranian musicians like Farsi funk group Mitra Sumara, they also feature a wide array of world music, electronic music and noise art.

“The reference of Disco Tehran is to a point in time when channels of cultural transactions and exchange were wide and open and flowing,” said Nilchiani, 32, a professor at Parsons who also works at an international design firm. “That’s what we aspire to be.”

In recent months, the parties packed spaces like Home Sweet Home and Le Bain at the Standard Hotel in Manhattan, attracting many beyond the Iranian diaspora. On Friday, the event returns to Baby’s All Right in Brooklyn, where Alsarah & the Nubatones, a Sudanese-American retro pop group, and Nilchiani’s own Sufi rock band Tan Haw will perform live, and four DJs will spin tunes from the Middle East, Latin America and Africa, as well as electronic music and techno.

Ghavamian and Nilchiani occasionally announce secret parties, which are typically more intimate, and where Persian food is also served — an homage to the small gatherings Ghavamian hosted in his tiny Chinatown apartment that set the stage for Disco Tehran.

“Eating good Persian food can be a very beautiful, communal experience,” said Ghavamian, 27, a filmmaker who sought political asylum after Iran’s 2009 elections and hasn’t returned to his home country in 11 years — a perpetual source of angst, he said. “I was feeling very disconnected and lonely, and I wanted to share this with people.” 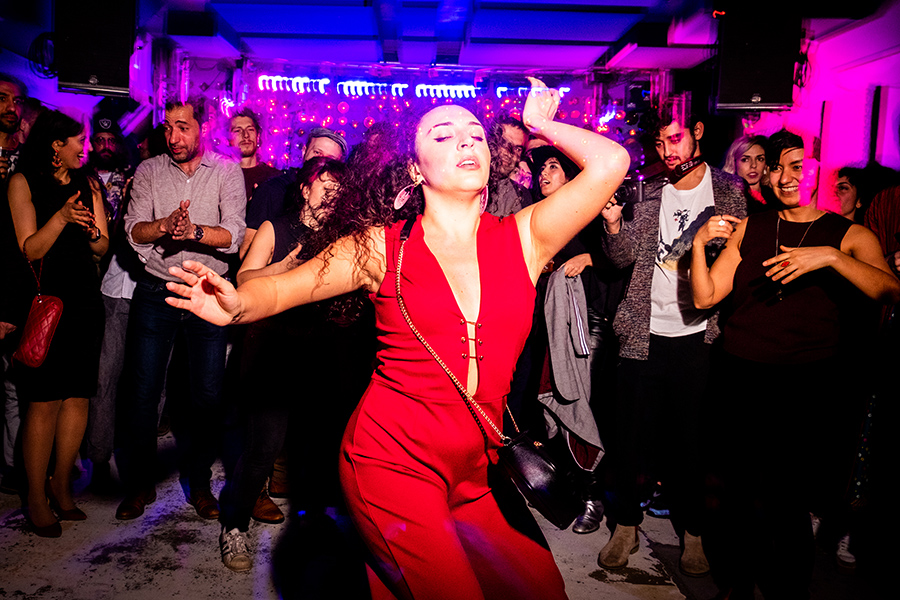 Disco Tehran is an extension of that sentiment, of embracing connection in exile, even as Iran itself has become synonymous with isolationism. “That was something that, shortly after the revolution, was inverted,” said Nilchiani, who studied at the Tehran University of Art before moving to New York in 2010 to attend graduate school at Parsons. “Everything became internalized in private spaces.”

But he added, “That’s no longer the case at all. I was back in Iran last month, and I went to many concerts, and there’s definitely a very thriving culture.” The dance party scene, however, is still lacking. But Nilchiani is wary of making blanket statements about his often misrepresented homeland. “I don’t want to be the guy who says, ‘I left Iran and I came here and I realized, we need to be free to make art,’ ” he said, putting air quotes around “free.”

For Ghavamian and Nilchiani, Disco Tehran is less about re-creating the past than it is about channeling the potential of a cultural exchange inspired by that moment. “This fantasy of Tehran in the ’70s is this utopian idea of connection between people,” Ghavamian said.

He added, “That feeling of togetherness was something that was seriously lacking for me as an immigrant in the United States.”

At a recent party in celebration of the Persian New Year, Slavic Soul Party, a nine-piece brass band served up Balkan soul and Gypsy funk followed by Innov Gnawa, a musical collective that performs Gnawan trance music from Morocco. Iranian expats mingled among Europeans and Americans in the purple glow of the stage lights as an Iranian man with gray hair snapped his fingers and spun on his toes, cheered on by a circle of dancers.

“The mix comes together in strange ways,” Nilchiani said.