While political pundits are tagging the recent elections results as a referendum on demonetisation, the outcome augurs well for the Government in pushing its reform agenda with full thrust 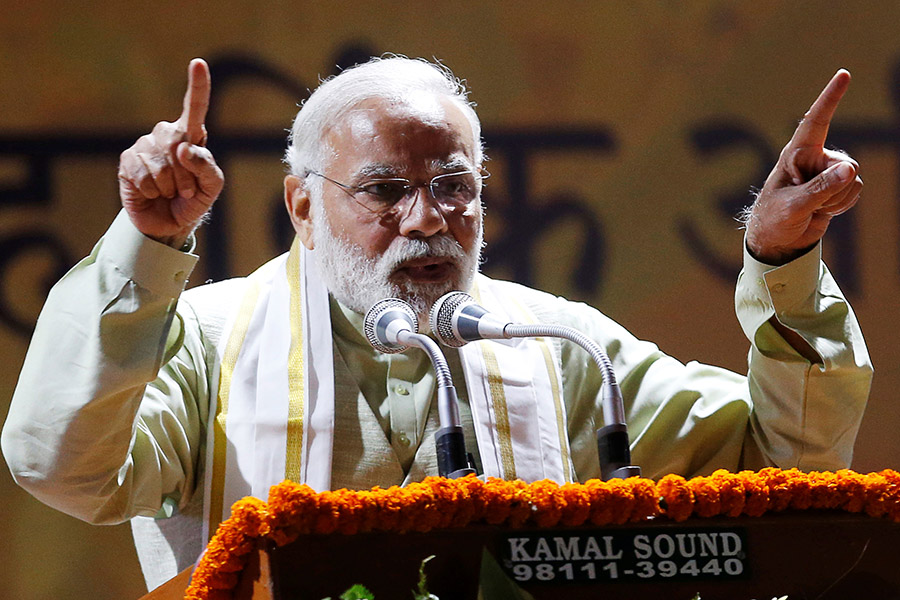 Indian Prime Minister Narendra Modi
Images: Adnan Abidi/ Reuters
The stellar performance of the ruling party at the Centre in the recently concluded states’ elections delivers two key messages in context of India’s economic reforms agenda. First, it is a strong affirmation of the Central Government’s performance so far; and second, the outcome would help BJP emerge as the single largest party in the Upper House of the Parliament over the next two years. Both, however, echo the common thought – Prime Minister Modi and his team are on course in pursuing bold reforms.  While political pundits are tagging the recent elections results as a referendum on demonetisation, the outcome augurs well for the Government in pushing its reform agenda with full thrust.

ALSO READ:
Election victory should lead to UP-ping the ante on reform
Demonetisation: Has it delivered?

Since assuming office, the Government has worked constructively with the opposition in parliamentary proceedings for reaching consensus over critical landmark reforms like the GST, Insolvency and Bankruptcy Code and Insurance Laws (Amendment) Bill. Considering the strength (in the Upper House) which is expected to go towards poll in 2017-18, BJP’s recent victory in key states shall help it emerge as the largest party in the Upper House to encourage passage of non-money bills. 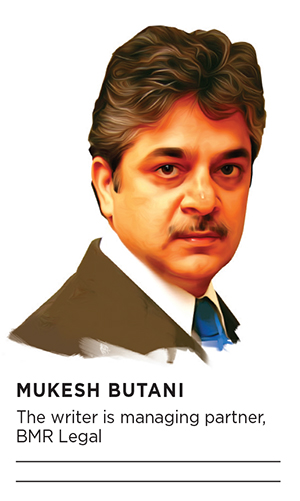 Modi Government has shown remarkable resolve to promote a competitive federalism agenda of driving states towards greater economic reforms as Center – State relations are a critical determinant in creating synergies for widespread reforms.  From businesses standpoint, the annual assessment of States reforms on ‘ease of doing business’ is a case in point. A resounding win in politically important state of Uttar Pradesh, housing nearly one-sixth of country’s population and contributing only 8 percent to its GDP, comes with a challenge. Catapulting Uttar Pradesh’s relatively lower State GDP growth, hovering around 5 - 6 percent in recent years, is critical for taking India’s growth inching to double digits.

With impeding recovery in investments cycle and job creation yet to take off, outcome of the state elections has rightfully led the policymakers and economic thinkers to reimagine the future of long due, hitherto politically difficult, economic reforms besides throwing the ball in the court of ruling party.  In this direction, the Government could consider pursuing the following critical policy and legislative reforms.

Banking Stressed Assets Resolution – Steep surge in bank NPAs has taken immense toll on credit growth, languishing to its multi-decades low level.  With high concentration of NPAs in industry sectors, public sector banks in particular are grappling with deteriorating capital base, which has materially squeezed their lending portfolio.  In India’s bank dominated financial sector, the long subdued revival of corporate investments hinges largely on a robust uptick in credit growth. With the approaching deadline of banking asset quality review, the Government and RBI have proposed ideas to tackle the burgeoning NPAs issue by following up with new decisive solutions, including creation of a ‘bad bank’. India’s stressed assets at 12.3 percent of total outstanding loans are highest in major emerging markets. In the Economic Survey of January 31st, the Government has mooted an idea of creating a centralised Public Sector Asset Rehabilitation Agency (PARA). Whereas the RBI is looking at two alternate models – (i) Private Asset Management Company (PAMC), and (ii) a quasi-Government National Asset Management Company (NAMC). With significant convergence emerging in the thinking of Government and RBI to deal with NPAs problem, it is reasonable to expect that measures from conceived stressed assets resolution models could be announced to offer decisive solutions to de-stress the Indian banking sector.

Consolidation of Public Sector Banks (PSBs) – There is merit in revisiting the recommendations made by the Narsimham Committee (nearly two decades ago!) and have a top tier of at least 3 large banks with sizeable global presence.  Despite being world’s third largest economy (in PPP terms), no Indian bank appears among the world’s top 50 banks and the largest Indian bank (ranked at 63) is way behind the size of China’s (also the World’s) largest bank. While Government’s decision to merge State Bank of India with its five associate banks is a welcome move, concrete steps for consolidation of other PSBs remain much desirable. Akin to Government’s plan of merger of oil PSUs to create a global major, there is a strong case for PSBs consolidation to have fewer but healthier banks. By following the principle of ‘survival of the fittest’, consolidation of PSBs could address the problem of Government’s poor bank recapitalisation plan of infusing more capital in banks that experienced worst outcomes to get back to the regulatory capital norms.

Digitisation – Given the thrust and momentum on digitisation post demonetisation, India is on a swift transition path towards becoming a cashless economy. A strong push for digital transactions through demonetisation and further measures announced in Budget 2017 are expected to increase aggregate demand, boost consumption and expand the tax net. According to a study by Moody’s on 70 countries during 2011 to 2015, a one percent increase in card usage on average produced 0.06 percent increase in consumption and added USD 296 billion to GDP. Creation of cashless systems and expanding digitisation will bring tax administration reforms to enforce greater compliance as well as enhance tax revenues.

Labour reforms – With an objective to improve ‘ease of doing business’ in India, the Government is likely to consider tackling the politically difficult reform. To foster a conducive labour environment, Government in Budget 2017 announced legislative reforms will be undertaken to simplify, rationalise and amalgamate the existing labour laws into four codes on (i) wages; (ii) industrial relations; (iii) social security and welfare; and (iv) safety and working conditions. Now, with overwhelming State election results for the ruling party at the Center, all critical labour laws reform may get a renewed push.

Foreign investments policy – Taking a cue from Finance Minister’s budget speech earlier this year, it is likely that Government’s policy of foreign investment will witness another round of liberalization. This would serve as the much needed shot in the arm for the economy which is currently battling with sluggish growth.

While greater political stability is expected to provide a cushion to India’s macroeconomic fundamentals and facilitate infrastructure and capital creation, rapid pace of economic reforms is a crucial pre-condition for realising the potential and move to a trajectory of 8 - 9 percent before the end of present Government’s term in 2019. In hindrance to achieve this goal, there are challenges - both internal and external - that needs to be addressed. Recent readings of the Purchasing Managers Index for Manufacturing and Services sectors points to subdued degrees of optimism for new business growth, plans for capital expenditure and job creation. Corporate results have remained far from a state of robust recovery and are not likely to improve materially for the first quarter of 2017. On the external front, there are concerns around faster than anticipated interest rate hikes by the US Federal Reserve, protectionist stance of the Trump Administration, Brexit sparked uncertainties over the future of EU.

Even as CSO’s second advance estimates of GDP growth for 2016-17 at 7.1 percent stands unperturbed from the impact of demonetisation, the Government will have to address the economic risks with prudent macroeconomic management and continuous policy reforms to ensure India retains the crown of world’s fastest growing large economy over a long term. This indeed will be a desirable economic result for the Government to honour the strong mandate it got in the state elections.

- With inputs from Gaurav Sharma and Vishwendra Singh

ALSO READ:
Election victory should lead to UP-ping the ante on reform
Demonetisation: Has it delivered?

Tweets by @forbesindia
Centre makes a Rs 4,500-crore bet on regional air connectivity, but is it viable?
As a culture, we don't celebrate learning: Ronnie Screwvala