Revenue from BFSI and North America decline in Q4'FY17, even as the Tata group firm says Digital will be the future growth driver 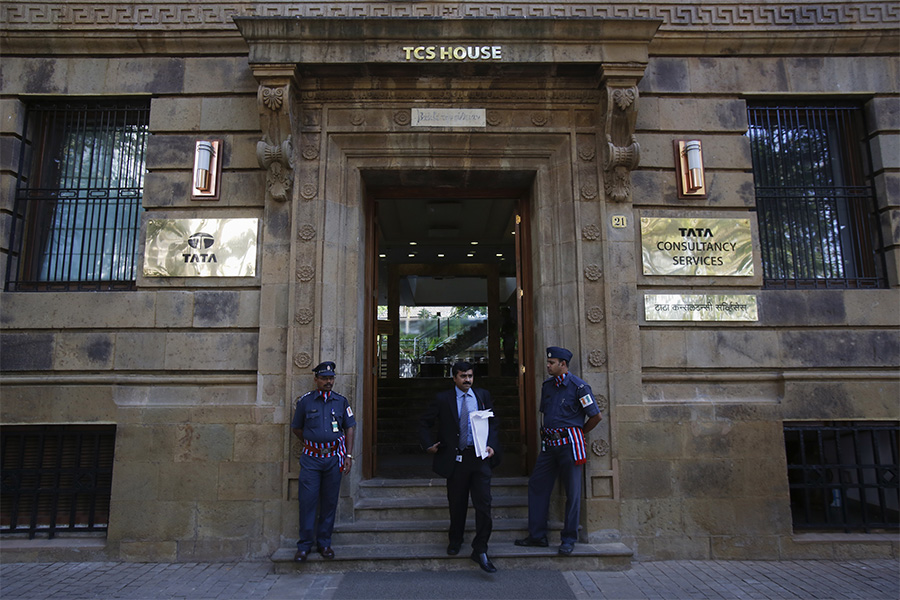 Tata Consultancy Services (TCS), the information technology (IT) arm of the $103-billion Tata group, posted a net profit of Rs6,608 crore in the fourth quarter of fiscal 2016-17, down 2.5 percent sequentially (up 4.2 percent year-on-year), impacted by lower revenue from key verticals and an adverse impact on account of the appreciation of the rupee versus the dollar.

While the company’s management led by chief executive officer and managing director Rajesh Gopinathan stated that fiscal 2017-18 would be “incrementally positive”, they unequivocally articulated the realization that new-age digital services would be the source of future growth. The company has accordingly started re-skilling its 3,87,223 employees to gear up to meet the new demands from customers across industry verticals and geographies.

The software services firm posted a turnover of Rs29,642 crore for the January-March 2017 quarter, a marginal 0.3 percent decline sequentially, though it was up 4.2 percent from the year-ago period. In constant currency terms, the decline in revenue was 1 percent.

The company’s reported financials came in below Street estimates vis-à-vis topline, but beat estimates on the bottomline. An earnings preview report by Motilal Oswal expected TCS’ revenue to grow 2 percent sequentially in constant currency terms. The same report had estimated TCS to report a net profit of Rs6,200 crore.

TCS has identified an aspirational operating margin threshold of 26 to 28 percent, within which it would like to operate, and there was no need to moderate this target in view of the marginal miss in the March quarter, said TCS’ chief financial officer V Ramakrishnan.

N Ganapathy Subramaniam, chief operating officer and executive director at TCS added that the company had signed several new deals in the last six months and as these projects ramped up, they would lead to growth in the coming quarters.

The Indian Rupee appreciated around 5 percent against the dollar in the three months between January 1 and March 31, impacting the profitability of Indian IT services companies like TCS, which get paid in dollars for their services.

“We were surprised by the extent of volatility of the rupee in the last quarter and that has flowed into the margin line in the earnings statement,” Gopinathan said.

“We are more surprised by the weak revenue performance in Financial Services and North America especially in the context of management’s indication of buoyant spending trends in US Financial Services clients,” the Emkay report said.

Gopinathan expressed confidence that the BFSI segment would bounce back from “seasonal lows,” and was optimistic about the overall demand outlook. Slowing growth in BFSI wasn’t a cause for concern, said Gopinathan. “It (BFSI) is expected to steadily fall as a percentage of total revenue as smaller verticals continue to grow,” TCS’ new chief stated. “In fact, it breached the 40 percent mark, and account for around 39 percent of our revenue.”

Gopinathan was appointed CEO of TCS after his predecessor N Chandrasekaran was elevated as executive chairman of Tata Sons, the flagship holding company of the salt-to-software conglomerate.

Other verticals such as communications and media, manufacturing, and life science and healthcare continued to exhibit growth; as did markets like UK, Continental Europe and India.

“We are seeing tremendous adoption of cloud, analytics and Agile technologies,” Subramaniam said. “We have full intention of growing on digital, which will account for a significant share of business three to five years down the line.”

Towards this end, TCS’ employees have completed a million certifications and developed 5,00,000 digital competencies in FY17, Subramaniam said. Large IT companies like Infosys and TCS are faced with the challenge of quickly re-skilling their large workforces to adapt to new-age digital technologies, since there is unanimity that future upside from the traditional model of outsourcing business processes and enterprise application support is limited.

The effort to engage employees in new projects and help them develop new competencies has also led to a lower attrition rate for the company. According to Ajoyendra Mukherjee, executive vice president and head of global human resources at Tata Consultancy Services, TCS’ attrition rate in the fourth quarter of fiscal 2017 stood at 11.5 percent, compared to over 15 percent in the same period last year.

Regarding the contentious issue of visa norms tightening for immigrant workers in the US, which is expected to impact the Indian IT industry, Mukherjee said that TCS will tweak its operating model in whatever way necessary to remain compliant with the laws of jurisdiction in which it operates.

The impact that this will have on wage bill that TCS will have to foot is still “a matter of conjecture,” Mukherjee said.