The streaming era has finally arrived—and everything has changed

Until now, Hollywood's three old-line media companies—Disney, NBCUniversal and WarnerMedia—had waited out the streaming wars. But now, they're ready to act, heralding a big change 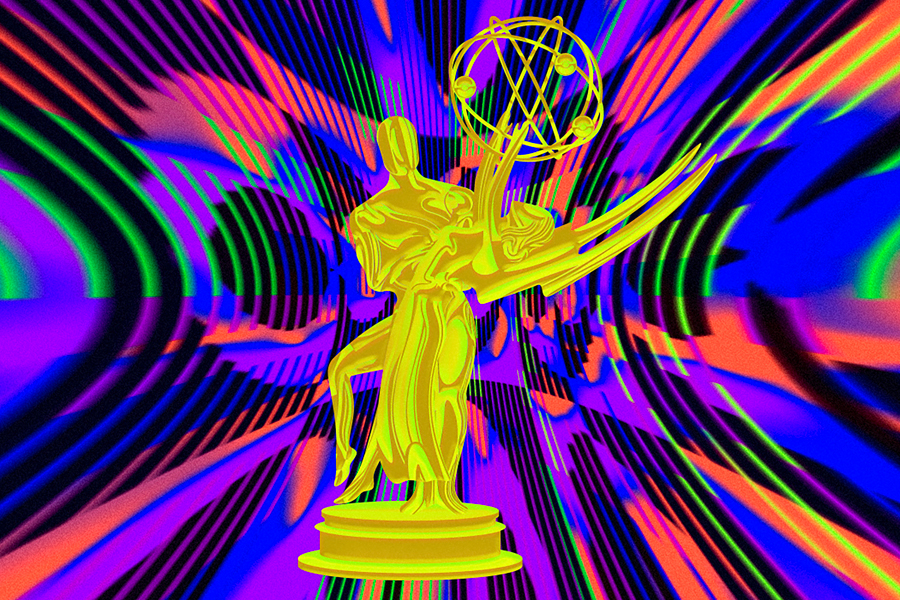 Every three decades, or roughly once a generation, Hollywood experiences a seismic shift and it's happening again. The long-promised streaming revolution, the next great leap in how the world gets its entertainment is finally here. (Saiman Chow/The New York Times)

LOS ANGELES — Every three decades, or roughly once a generation, Hollywood experiences a seismic shift. The transition from silent films to talkies in the 1920s. The rise of broadcast television in the 1950s. The raucous “I Want My MTV” cable boom of the 1980s.

It is happening again. The long-promised streaming revolution — the next great leap in how the world gets its entertainment — is finally here.

Streaming services, of course, have been challenging the Hollywood status quo for years. Netflix began streaming movies and television shows in 2007 and has grown into a giant, spending $12 billion on programming this year to entertain 166 million subscribers worldwide. There are 271 online video services available in the United States, according to the research firm Parks Associates, one for seemingly every predilection — Pongalo for telenovelas, AeroCinema for aviation documentaries, Shudder for horror movies, Horse Lifestyle for equine-themed content. (Offerings include a series called “Marvin the Tap Dancing Horse.”)

While all this was happening, however, the three biggest old-line media companies — Disney, NBCUniversal and WarnerMedia — largely stayed on the sidelines. Charging into the streaming fray would mean putting billions of dollars in profit from existing cable networks like USA, Disney Channel and TBS at risk. Building video platforms of the size needed to compete with Netflix and Amazon would be frightfully expensive. And mastering the underlying technology would require a sharp learning curve. Better to bide their time. When it became clear that protecting their existing business model was more perilous than embracing the future, no matter now disruptive in the near term, they would act.

That time is now. And everything is changing.

“I get asked all the time, ‘Where does this stop? When does it stop?’” said Brett Sappington, a senior Parks Associates analyst and researcher. “The truth is that it is only getting started.”

Disney Plus arrived Tuesday and costs less ($6.99 a month) than a single tub of popcorn at big-city movie theaters. It allows anyone with a high-speed internet connection to instantly watch Disney, Pixar, “Star Wars” and Marvel movies, along with original series and films, 30 seasons of “The Simpsons” and 7,500 episodes of old Disney-branded TV shows. “We’re all in,” Robert A. Iger, Disney’s chief executive, said in April at an event unveiling the service.

Disney said Wednesday that more than 10 million people had already signed up for the service. Analysts had been hoping for 8 million by the end of the year.

In May, WarnerMedia will introduce HBO Max ($14.99 a month), which will offer 10,000 hours of instant entertainment, including the entirety of “Friends” and “South Park,” hundreds of Warner Bros. movies, everything Batman, the HBO library, 50 years’ worth of “Sesame Street” episodes, and CNN documentaries. “We’re all in,” John Stankey, WarnerMedia’s chief executive, said at an HBO Max promotional event on Oct. 29.

Peacock, an NBCUniversal streaming service also scheduled for a spring debut, will offer 15,000 hours of content: complete seasons of “The Office” and “Frasier,” Universal films like “The Fast and the Furious” and “Despicable Me,” Telemundo shows, every episode of “Saturday Night Live,” a new reboot of “Battlestar Galactica.” Peacock, unlike Disney Plus and HBO Max, will carry advertising. NBCUniversal is expected to disclose pricing details (and presumably declare that it is “all in”) at an event of its own in the coming months.

As the Big Three entertainment companies launch their video platforms, streaming competition is mounting from Silicon Valley. Apple rolled out Apple TV Plus on Nov. 1. Facebook and Snapchat are determined to become bigger video forces. And never count out YouTube, part of the Google family. Feeling the need for more “quick bite” videos while standing in line at the grocery store? Quibi, a streaming startup led by Meg Whitman and Jeffrey Katzenberg, is due in April.

The onslaught is upending how Hollywood does business in almost every way.

Instead of relying exclusively on middlemen (cable system operators, multiplex chains) to get shows and movies to viewers, traditional entertainment companies are for the first time selling content directly to consumers. As a result, studios are releasing fewer films in theaters; WarnerMedia said recently that “Superintelligence,” a Melissa McCarthy comedy scheduled for theatrical release in December, would instead debut in the spring — directly on HBO Max.

So much change is suddenly happening so quickly that viewers are becoming overwhelmed and, studies suggest, not in a good way. For some people, the cable bundle is starting to seem downright manageable in comparison.

“Consumers are upset about the imminent changes in the media landscape,” consumer behavior researchers at the Langston Co., a Colorado consultancy, concluded in a September report. “These negative feelings are driven by fears of fragmentation, erosion of perceived value and the friction-cost of having multiple streaming accounts.”

Nearly 50% of consumers are frustrated by the growing number of subscription services required to see the content they want to watch, according to an August white paper by Fluent, a digital marketing company.

Without question, analysts say, the flood of new streaming services will cause more people to cancel traditional cable subscriptions. Cable television is still the entertainment industry’s cash cow, but millions of customers in the United States have already cut the cord. The annual pace of subscriber decline hit 5.4% in the second quarter, a statistic Craig Moffett, a senior analyst at MoffettNathanson, referred to in a recent report as “freaking ugly.”

For traditional companies like Disney and NBCUniversal, each of which run vast cable networks, that means reduced ad sales and harder negotiations with distributors over fees. “All signs point to subscriber losses continuing to accelerate,” Richard Greenfield, a founder of the LightShed Partners research firm, wrote in a client note. “Virtually every ambitious, must-see TV show is headed for a direct-to-consumer platform, with TV/basic cable taking the proverbial leftovers.”

Big cable channels like ESPN, Fox News, Bravo and HGTV aren’t going anywhere, but channels that are already poorly rated — BabyFirst, Ovation, Viceland — will have a harder time staying in business, analysts say. The culling of the herd has already started, with cable outlets like Cloo, Esquire, Pivot and Al-Jazeera America calling it quits in recent years. Glenn Beck will pull the plug on his Blaze cable channel next month.

Even so, some of the biggest changes involve talent.

Netflix and other tech companies, including Apple and Amazon, have been steadily poaching writer-producers from established studios and television networks by offering eye-popping pay packages. Kenya Barris (“black-ish”), Ryan Murphy (“American Horror Story”), Shonda Rhimes (“Grey’s Anatomy”) and David Benioff and D.B. Weiss (“Game of Thrones”) have all high-tailed it to Netflix, following stars like Adam Sandler and David Letterman. The establishment has recently been punching back. To keep Greg Berlanti, the TV whiz behind shows like “The Flash” and “Riverdale,” Warner Bros. dug deep into its pockets. Warner completed a similar deal with J.J. Abrams in September.

“There is money being thrown at people and ideas and scripts at a level that has never happened before in Hollywood,” said Sappington, the Parks Associates analyst.